How to Make a Cat Affectionate: Tips to Follow 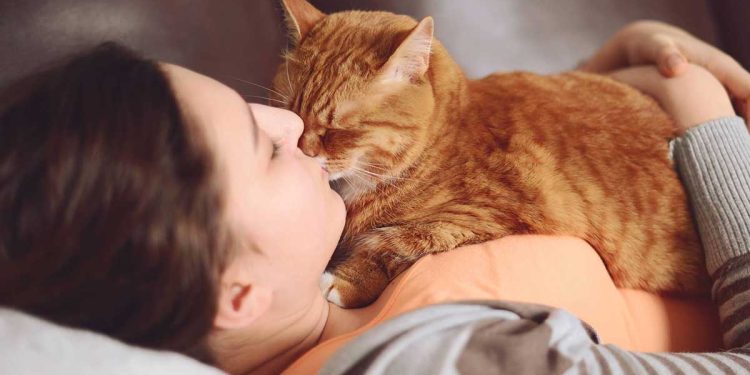 By deciding to bring a fluffy little kitten into the house, we automatically think that we are receiving an affectionate little animal that will purr, rub against our legs and, at the first request, go into our arms. But, having received this bundle of happiness, we forget that a cat can have its own character, which is determined by breed, evolution, and simply by the fact that it is a small domesticated predator that acts in accordance with the laws of nature.

When a person wants to befriend someone, he tries to convince him. It’s the same with cats. Experienced cat lovers say that studying the psychology of pets is an extremely exciting task. To raise a loving cat, you need to work hard, study the motives of the animal’s actions.

It has been noticed that the behavior of kittens is strongly influenced by the people of the mother cat. A predator that is willing to see an enemy in anyone who may encroach on its children’s lives, its food, or its territory will not develop trusting and affectionate offspring. The behavioral model of the elders is very important for learning to survive and is therefore firmly anchored in the minds of the little ones.

The person who brought the baby home becomes an example for him. The kitten is transferred to her by the “mother-child” model. And if the “mother” behaves restlessly, aggressively, punishes puddles on the floor or an overturned flowerpot, then a nervous, embittered cat will come out of the baby.

A cat, by its nature, is an independent loner, which cannot be obeyed. It is impossible to teach a cat to “serve”. However, if you remember that you should not show your superiority to the cat and “crush” it with your authority, the animal will no longer perceive the owner as an aggressor and will peacefully get along on the common territory.

Psychologists say that a cat is more willing to put up with a person than with his brother. It is worth using this feature to raise a kitten. An even tone, without loud shouting, a caring attitude – they are more likely to evoke a loving friend than spanking, shouting, aggression.

A cat’s nature deteriorates if it is treated like a toy, without considering its needs. Most of the time cats sleep, so don’t wake them up if you want to pick them up or play with them. An unweakened animal may react aggressively to these advances.

The cat is a vindictive animal. Not understanding why, he is being shouted at and being punished, he can then behave in a very hostile way. Excessive “pressure” can lead to the opposite effect. If the owner takes into account only his own needs, the cat will defend his own in his “animal” way.

The character of a street cat is particularly unpredictable. After taking a homeless “purr”, you shouldn’t expect it to become the way you want to see it out of gratitude. After all, aggressive and independent behavior is the main guarantee of successful survival on the street.

The influence of genes on character

Not all breeds of cats are prone to familiarity, petting and play. Crossing different breeds in order to achieve a certain exterior, breeders “cross” and various traits of the animal. And although it is not customary to breed aggressive animals, there are breeds that are more affectionate and, therefore, independent or simply untamed.

So it is believed that the British are very calm, friendly, patient, but they do not like to be disturbed, picked up. For the British, personal space is very important, and by invading it, the cat will avoid contact, flee to a secluded place.

Representatives of the Maine Coon breed also do not have the most affectionate character. In the complete absence of aggression, this animal will not climb into your lap. These cats get used to others for a very long time, then they choose a pet from their family, to whom they show restrained, but devoted love.

Siberian cats are the most affectionate by nature, and if they see kindness and patience in return, then this is the cat that will kneel gratefully and purr in delight.

Do not think that race is a fundamental component of character. For example, Persians, who are considered good-natured phlegmatics, allowing themselves to be stroked as much as the owner wants, will also respond to unwelcome annoyances from children. Genetic data must be taken into account when choosing a kitten, but the rest will be done by proper education and love.

Often a bad character is explained by simple bad manners. From the first days of a kitten’s life, it is necessary to raise it patiently, but with perseverance. Inconsistent actions of the owner will cause bewilderment, irritation, and then aggression in the animal. If you let your cat sleep on your bed today and kick it out tomorrow because it’s too “cheeky”, then the only thing you can get is fear and stress. Such a cat will form a distrust of the owner. Subconsciously, he’ll be waiting for a hold and just won’t go into his arms, expecting a high-pitched cry or a slap for her sympathy.

The physiological characteristics of the cat must be taken into account. Cats are very sensitive to smells. A harsh or unfamiliar smell can cause unusual behavior in even the most affectionate cat. An attempt to pick up a pet with hands smeared with cream, or to press it to a scented trunk, will lead to escape at best, and at worst – a desire for protection from a “stranger”.

Such annoying human behavior as scratching furniture, walls is not just a natural desire to “sharpen” an important tool for a predatory hunter – claws. It turns out that there are glands on the pads that secrete a special secret with which the animal marks its territory.

Trying to wean yourself from doing such things, using yelling and punishment, means getting an evil neurasthenic instead of a pet. It is better to say firmly and quietly: “It is impossible!” – and transplant the cat to the scratching post. Not right away, but the animal will cease to spoil the furniture and the nerves of the owner. Sometimes loud and demonstrative scratching is a cat’s desire to pay attention to his person.

Often, we don’t even understand that certain actions of a cat indicate its location and love. If a person stumbles over a fluffy handsome man who, as in a circus, tries to step beside his feet and at the same time shouts loudly, then instead of being annoyed by the inconveniences, you should feel a sense of pride and of gratitude.

With a loud meow, the cat expresses joy, welcomes you. And he rubs against his legs to declare that this person is his, shows his special disposition. So maybe we don’t understand the signals that “mean” animals are trying to express their love to us.

Inappropriate behavior may indicate that the cat is sick, scared, irritated or offended by the lack of attention. To fully understand a cat, it is worth learning its language.

Animals have their own language – it is above all body language. It is worth learning it in order to understand how to behave, in order to gain mutual understanding. Scientists believe that a loud meow is speech directed at a person. Animals communicate differently with each other. In addition to the obvious aggressive body movements, the language of ear and tail movements is particularly expressive. If the cat:

The language of cats is much richer than described. The cat is trying to “talk”, so try to understand what is at stake. In addition, there are a number of actions to which the cat reacts only aggressively.

What is unacceptable for a cat

A person sometimes acts rashly, causing the animal to have bad feelings:

The key to raising an affectionate cat is understanding, patience, love and encouragement. Develop positive emotions in the animal by reinforcing them with a treat. Animals do not immediately understand what they want from them.