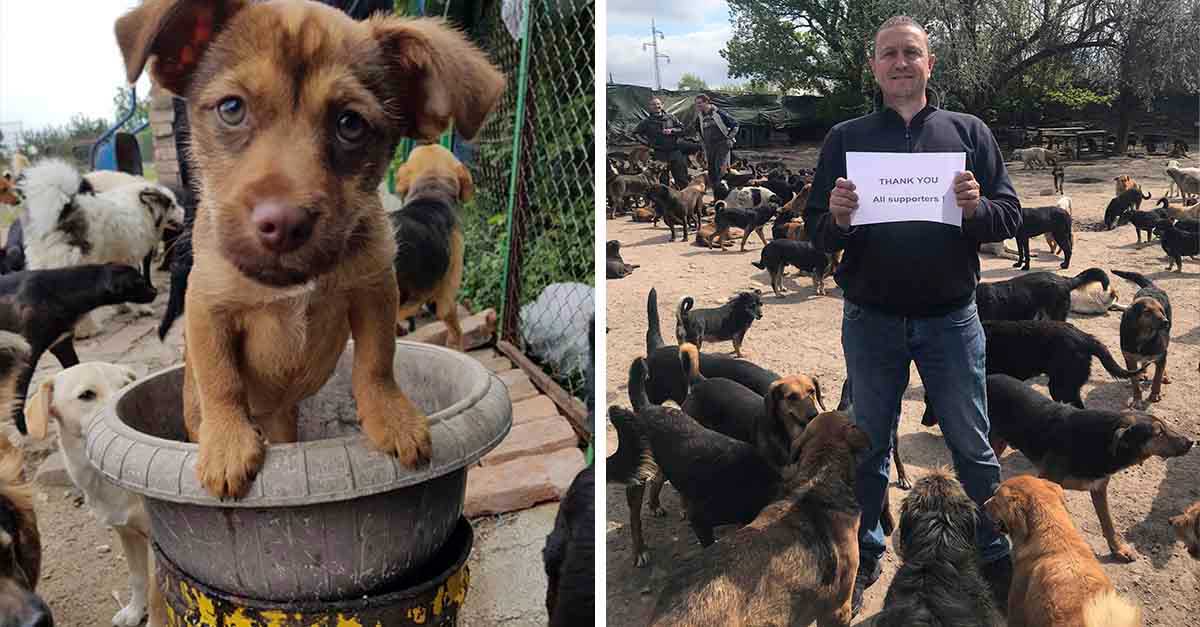 A kind-hearted man has decided to dedicate his life to helping homeless animals and currently has a shelter where he provides protection to more than 750 dogs.

Many animals are abandoned on the streets like garbage by those who do not appreciate their selfless company. Fortunately, there are people like Sasha Pesic, who has been helping homeless dogs for several years by giving them all the care they deserve.

This man opened his own shelter in 2008, where 750 dogs currently live, and is considered one of the leading defenders of animals in Serbia.

Pesic’s story began in the same year when he returned home and found four abandoned puppies on his way. He could not contain his desire to rescue them and although he did not have the economic conditions, he began to structure a plan to help.

With the support of 6 volunteers, Sasha managed to open her shelter by providing a home and food for all the animals, and thanks also to donations she receives from different parts of the world, she has managed to keep it standing.

He knows the names of all the animals he cares for, vaccinates them, sterilizes them and places an identification microchip on them.

Sasha has rescued 1,200 dogs and approximately 400 of them have been adopted by people around the world. He is undoubtedly an excellent example for everyone.

This man has had problems with the owners of the land where the refuge is located because they are asking him to vacate the place.

After the situation became known, thousands of people signed a petition and this has led the authorities to give up, but not permanently.

Sasha appreciates the support of all the people, and considers that the problem of so many dogs in conditions of abandonment is because of the system that does not look for solutions, but to cause more damage.

“The other problem is in the irresponsibility of the owners who do not neuter their dogs and leave them outside when they no longer want them. The reasons vary from ‘I have a baby and I can’t take care of the dog’ to ‘I don’t need it anymore’.”

He is not supported by the government, and many vets charge him high prices because they think he has a lot of money from donations.

If you want to become a sponsor and help Sasha with the fixed costs of the shelter through Patreon, you can enter here.

He wants to build a sustainable source of income so that he can secure the future of the shelter.