In Turkey, a man who happened to be in the right place at the right time saved his sister's cat as it fell from a building window. 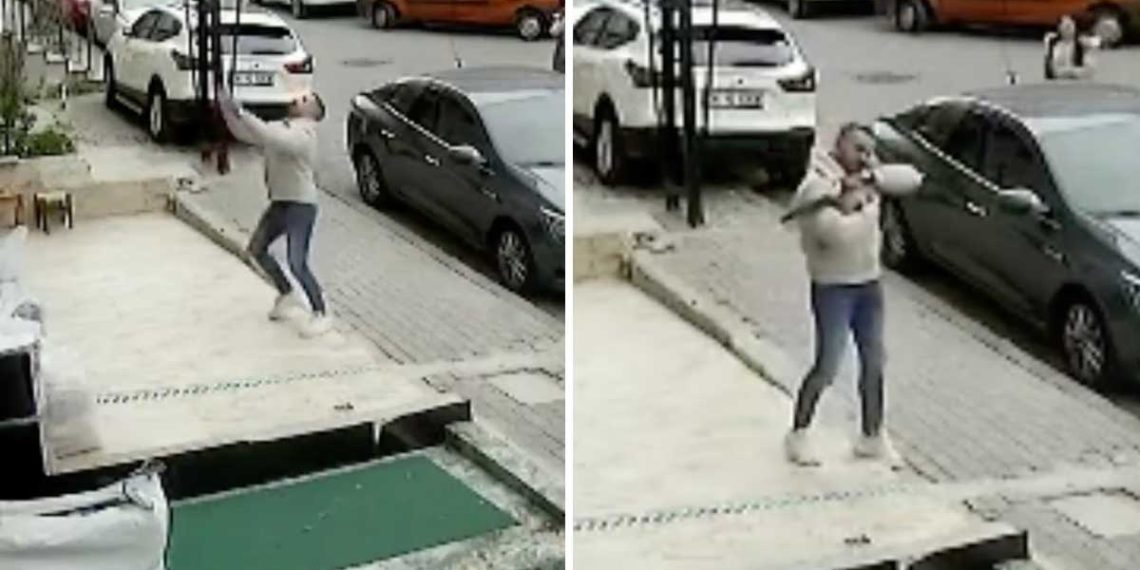 Özgür Anlı, the protagonist of this story, according to The Dodo, was having a cup of tea in a cafe in Turkey when, in the apartment building where his sister lives opposite, he noticed a rather unusual event and sprang into action as quickly as possible to save the life of a small animal in danger.

It was Latte, his sister’s pet, a Siamese cat who was in a situation of total risk. The cat hung on the edge of a window about 15 meters high.

The animal had found its way through one of the open windows of the apartment and, probably due to a miscalculation, had led it into mortal danger.

According to the portal focused on animal stories, Anlı took immediate action. “Immediately I went under the window,” the man said and added, “I felt the cat was going to fall at that moment.”

Almost immediately, when the cat finally lost the ability to stand on the edge of this window, it fell, but instead of landing in the street, it descended directly into the arms of its owner’s brother, where it was saved and by Anlı, who after catching him gave him a loving hug.

“I opened my arms by reflex,” said Anlı, who commented that from then on he started “liking the cat after catching it.”

Upon hearing the news, Anlı’s sister, who was at home at the time, was horrified, but at the same time she was very grateful that her brother was in the right place at the right time to save her cat well. -like.

“He’s a hero,” Latte’s owner told the US portal. “We have taken action now so that something like this does not happen again,” he added.