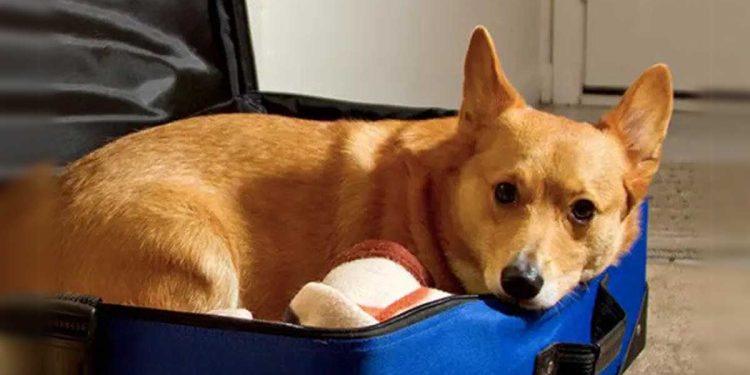 A man was ready to do anything so that his wife’s beloved pet could see him one last time. Her story hit Facebook and went viral.

Apart from being man’s best friend, a dog can become the best medicine for someone who is going through a complicated health condition. It is well known by the protagonist of a story shared on the social network Facebook and which quickly went viral.

The fact, originally shared on Reddit and which became a trend when uploaded to Facebook, was told by the same protagonist, who said it all started when his wife received a not-so-positive prognosis. while she was hospitalized.

“The operation she underwent did not have the expected results. She could speak, but she did not eat or drink and was completely dependent on her pills.” However, a strange but understandable request from her caught her attention.

“She convinced me to let our dog into her private room so she could see her one more time, so I put her in a suitcase and took her to the hospital,” said the user.

Luckily Bella, a 45-pound Australian Shepherd, remained quiet throughout and inadvertently walked past a large number of nurses.

“Unbelievably, she never barked or whined. When I walked past the nurses’ station, I told them I was just bringing a few items to make my wife more comfortable. “No problem,” they said.”

Arriving in the bedroom, she opened the suitcase and the dog immediately jumped onto the bed, carefully sitting on the woman’s chest and managing to dodge the wires and intravenous injections.

“She positioned herself so she could look directly into my wife’s eyes and remained completely still until about twenty minutes after she woke up.”

The protagonist of this emotional Facebook story continued, “My wife hugged her for almost an hour and smiled the whole time. We were surprised by a nurse who was so emotional that she promised to say nothing. When my wife finally went back to sleep, I went back to put the dog in the suitcase.

The netizen ended the story by saying that the inspirational act took place days before the woman’s death: “Now every time I pick up the suitcase, the dog thinks we’re getting ready for the meet again.”