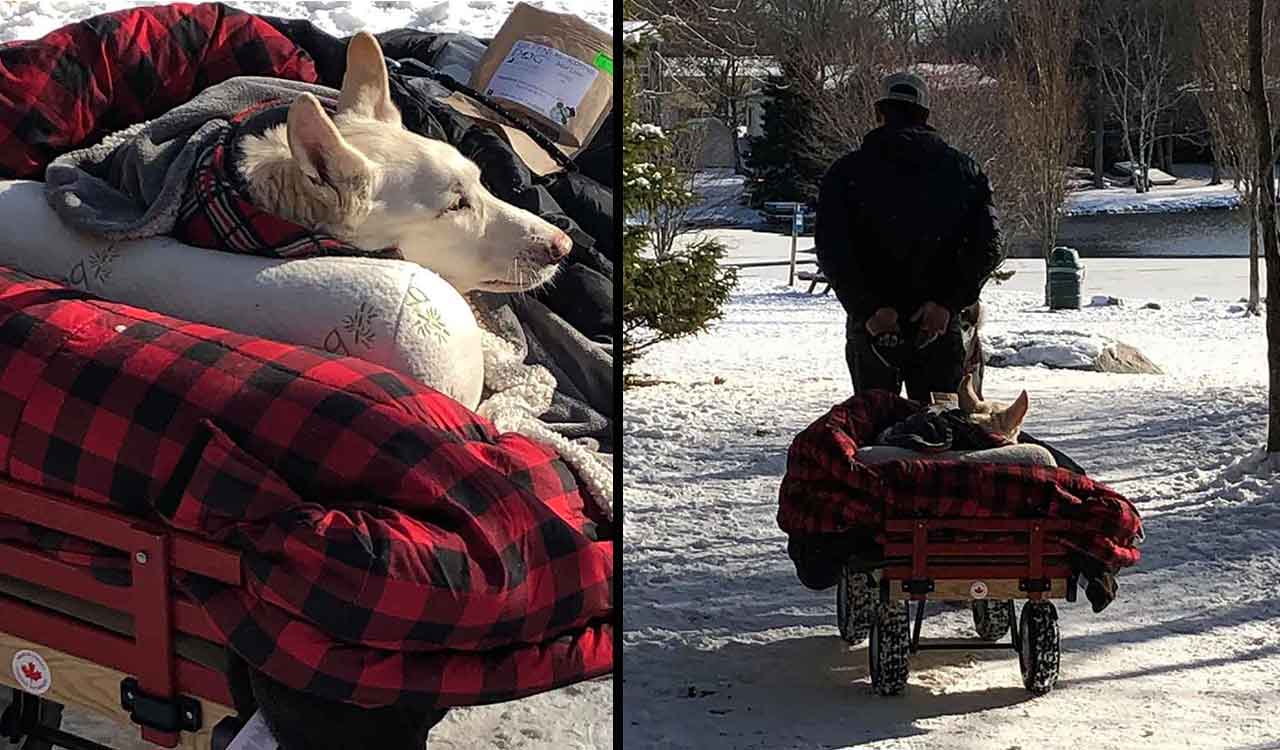 Caring for a dog with special needs makes you one of the sweetest and purest humans there is.

While walking in Dartmouth, Massachusetts, Bryant Thompson saw a man walking his dog in Shubie Park.

But it was not a typical dog walk, the gentleman had his dog wrapped in blankets so that she did not feel cold and had laid her in a wagon.

As the kind-hearted man pulled his beloved dog out of the wagon, Thompson took pictures from a distance.

Bryant started talking to the owner of the dog and learned that the poor dog suffered from ALS (degenerative myelopathy, or better known as Lou Gehrig’s disease), so she cannot walk on her own.

Older dogs, generally 8 to 14 years old, are affected by ALS, and it worsens until the poor animal can no longer walk and is paraplegic at the extremities.

The nice man did not want this condition to prevent his faithful dog from discovering the world, so he continues to walk with her in his wagon.

” I told him he was a great person for doing that, because I know there are many who wouldn’t. He just said that she would do the same for him and kept trucking. It’s hard to type this without tearing up.”

I hope you can share this, especially everyone who shares the lost animal posts, this guy deserves a huge dog kiss for his love of his dog.