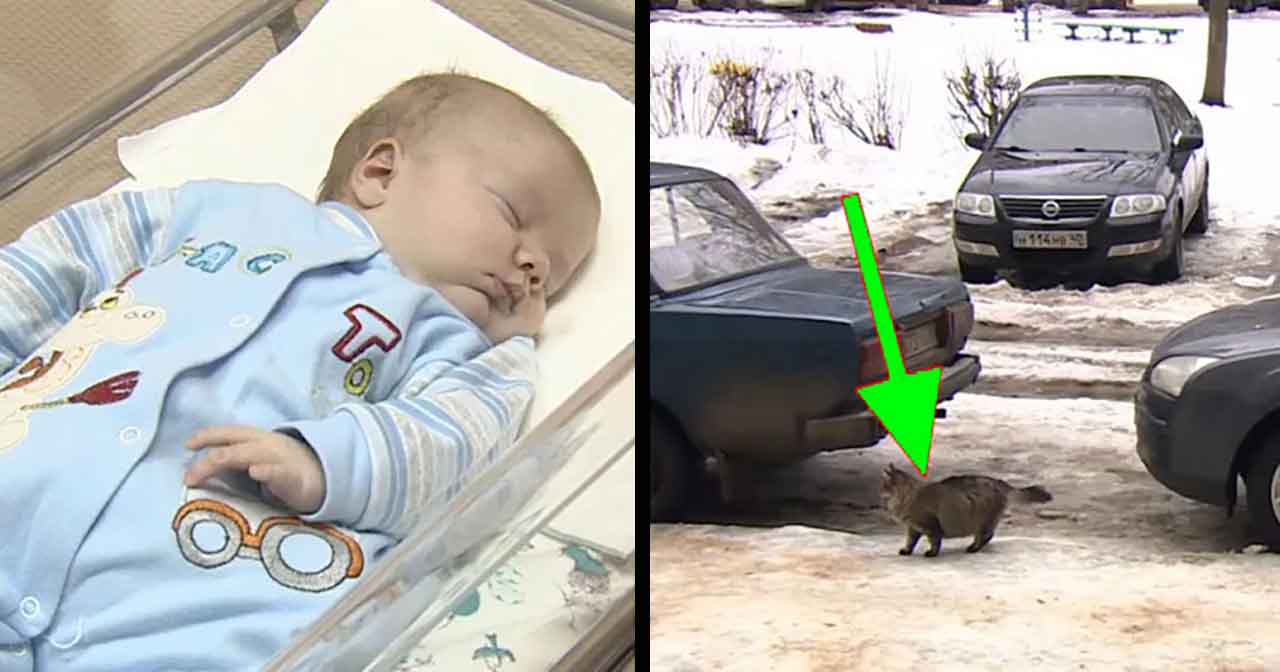 Masha is the name of a homeless cat in Russia who did something very incredible.

Masha saved the life of a baby left to freeze in the almost always snowy city, Obiniski, it’s true, in a gesture of love, she prevented an abandoned baby from dying.

Although it may seem very sad that Masha does not have a house, many neighbors constantly let her enter their houses during the colder months, in addition, they say that they give her a lot of food, so in the images that we can see her being healthy.

Irna Lavora, 68, is one of the neighbors who feeds her, gives her shelter when necessary and loves it when pretty Masha comes to her house, so when she hears heartbreaking mews coming in the basement of the complex departmental, she ran to the poor cat’s aid, without imagining what she was going to find.

When she got out, she took the surprise of her life, a baby abandoned in a cardboard box, while next to him, Masha gave him her love and warmth to keep it from freezing, so the Irna quickly called the authorities.

“Masha is very calm and pleasant, so when I heard her meowing at first, I thought she might be hurt. But it is clear that it was only her maternal instinct that took control and wanted to protect the child. “

In a few minutes, an ambulance arrived for the baby to take him to a safe place and give him the necessary care. However, Masha couldn’t stop protecting the baby, so, according to the paramedics, the noble kitten chased the ambulance until she was tired and could no longer.

But it did not stop there, because according to witnesses, Masha waited for hours, in the same place where she was tired, waiting for the ambulance to return with the little one.

The boy recovered very well, meanwhile the police have already started looking for his parents. Masha, for the moment, has received much more affection from the neighbors and they have organized a small meal for the great heroine.