The 5 Most Intelligent Dogs In The World 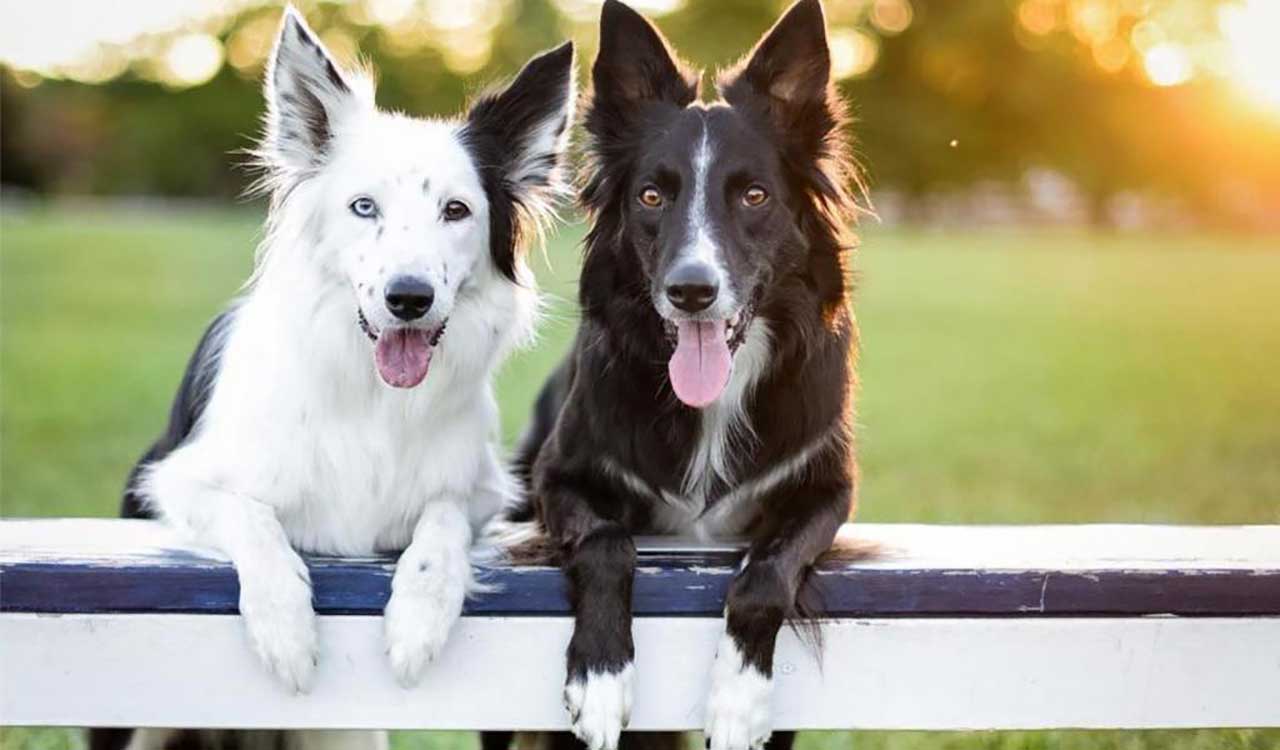 While there are many breeds of intelligent dogs, it is true that some are distinguished from others. However, the breed of the dog is not always an indicator of intelligence, education and mental stimulation will be key factors for our dog to be, as an adult, a very intelligent dog.

This small list is made according to the classification of canine intelligence according to Stanley Coren, the creator of The Intelligence of Dogs, a book which studies the various types of canine intelligence and proposes a complete list of these theories. Currently, the list published in 1994 remains a worldwide reference for those looking for a dog capable of easily learning and developing commands and techniques.

Pets Feed facilitates the classification of the most intelligent dog breeds. Read on!

The Border Collie is considered the smartest dog in the world on the Stanley Coren list. For generations, the Border Collie has been a sheepdog, a guard dog, and a therapy dog. Fortunately, today, many people enjoy the company of this adorable dog simply because of the appeal of the education it offers: he is able to remember a wide range of commands. Currently, we know the case of Chaser, a Border Collie capable of identifying 1022 different toys.

It is a medium-sized dog, very restless, which needs an owner and a proactive athlete, able to combine the rhythm offered by this breed. He is a fantastic hiking, running or camping companion. The Border Collie also requires a lot of attention, affection and mental stimulation through the different intelligence games.

The second most intelligent dog in the world is the poodle, one of the most famous competition dogs. At first, the poodle was an excellent water dog, collector of coins, but quickly gained popularity until becoming one of the favorite dogs of the French and British courts.

The poodle dog has a lot of energy and is able to learn tricks of all kinds. We generally speak of a very sociable dog who is always ready to please his owner, who always follows him with happiness. This dog has a very affectionate and sociable character, so the poodle is undoubtedly one of the favorite dogs worldwide. In addition, the poodle behaves wonderfully with young children with whom it spends long periods of exercise and enjoys the tricks in exchange for treats.

Remember that positive reinforcement is the best way to train these intelligent dogs, don’t skimp on congratulations, snacks and kind words!

Third, we have the German Shepherd, a sensitive, intelligent and intuitive dog. The standard of this breed has been fully supported for generations due to its enormous mental, physical and cognitive attributes. This had a very negative impact on the health of this noble dog, causing a predisposition to suffer from various diseases such as hip dysplasia.

We should know that the German Shepherd is a breed of dog that needs a lot of affection, games of intelligence, practice of obedience and moderate physical exercise. It is not a dog for people with little experience in dog training and education as it can tend to develop behavioral problems if not cared for as it deserves.

The German Shepherd, in addition to being one of the most intelligent in the world, enjoys extraordinary beauty. It is appreciated in most countries of the world. Currently, he competes as a police dog with the Belgian shepherd Malinois.

The Golden Retriever stands out not only for being the fourth most intelligent dog in the world, but also for its beauty and for its kind and good-natured character. He is an energetic dog who loves water very much for his past as a retriever dog (like the poodle). It is one of the most popular breeds in the world and it is very easy to know why: it is an excellent dog, well educated, which will behave wonderfully with other dogs, children and adults. Perhaps for this reason, the golden retriever has become popular as a therapy dog ​​for autistic children.

It is a very intelligent dog that can take on all kinds of tasks, from the police dog to drug detection, as a rescue dog or simply as a wonderful companion dog. He is very tolerant of small children whom he takes care of, protects and lets do stupid things.

Finally, we will talk about the doberman pinscher, one of the fastest dogs in terms of order automation and training in general. Despite the bad press he has had from time to time, he is a fairly calm and tolerant breed with all members of the family including of course the smallest.

The majority of the Doberman Pinscher’s behavioral problems stem from poor education, lack of physical or mental exercise and, of course, the use of this dog as a farm protector. The Doberman Pinscher is a very sociable, active and intelligent dog who hates loneliness and boredom. On the contrary, the Doberman dog likes to exercise and be with his family. He will always take care of her. It is a noble and beautiful dog which is always vigilant and attentive.

If you want to read more articles similar to the most intelligent dogs in the world, we recommend that you read: The list of smartest dogs according to Stanley Coren