Home Dogs My Dog Has Blood in Stool: Is it an Dangerous? 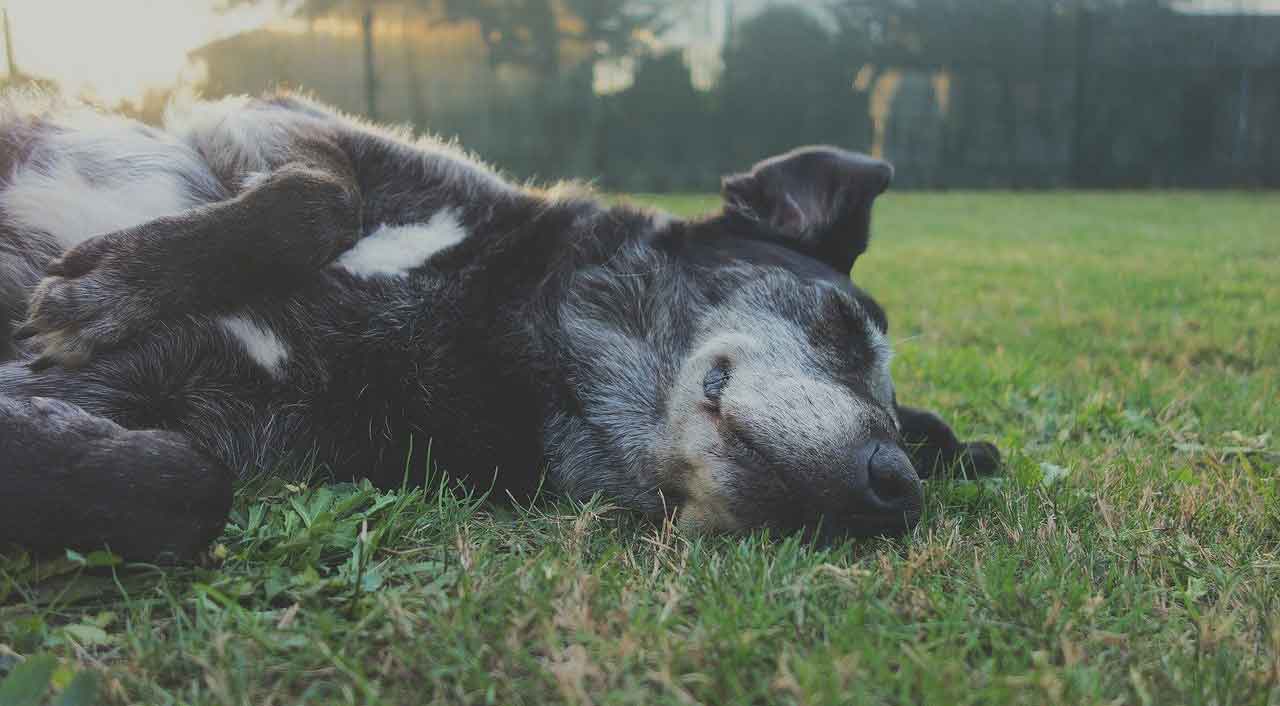 Why does my dog have blood in the stool – how dangerous is it and how to treat it?

Soft, oblong, dark brown excrement is the norm in healthy dog poop. Consistency, shape and color can change due to internal factors. The most dangerous change is the appearance of blood clots. If a dog poops with blood, then it should be immediately shown to the veterinarian, as such a symptom is rarely harmless.

What does blood look like in a dog’s stool?

If the dog has bloody stools, the possible cause can be determined by the intensity of the color. A bright scarlet hue indicates a lack of fermentation and folding. In this case, the discharge occurs directly from the anus, rectum or colon.

If the bleeding affects the upper intestines, stomach or esophagus, the blood reacts with local enzymes. As a result, the scarlet hue changes to brown or black. Due to clotting, feces come out with a mixture of small brown grains.

Most often, bloody diarrhea or hard feces is due to damage to the intestinal mucosa. It can be caused by internal injuries, illnesses or other causes.

If the intestine is damaged, the animal will defecate normally without suffering from diarrhea or constipation. Bleeding can only be suspected by the color of the stool: it turns dark brown or completely black. Injuries are caused by sharp bones that scratch the intestinal wall or other foreign objects (such as a gnawed hard toy).

If the injury is inflicted on the organs of the abdominal cavity, then the dog has not only feces with black blood, but also bloody black vomit. The animal experiences excruciating pain and may die not only due to profuse blood loss, but also due to painful shock.

Diseases of the digestive tract

With dysbiosis, the dog has feces streaked with blood and mucus. Due to the increase in pathogenic bacteria and imbalance in the internal balance, inflammation occurs in the large intestine. In the acute form, increased bleeding is observed.

Another possible cause is hemorrhagic gastroenteritis. This inflammatory disease affects not only the intestines, but also the stomach lining. The main symptoms are prolonged vomiting and diarrhea. The risk group includes Shelties, Dachshunds, Miniature Schnauzers, and all but the standard poodles.

Bloody streaks in the stool or direct bleeding from the anus are characteristic of neoplasms. More serious consequences are caused by malignant tumors, since during metastasis they affect most of the cells.

Bleeding is typical for ascariasis, uncinariosis and hookworm infections. The worms that cause these diseases injure the mucous membranes, causing internal bleeding. The risk group includes all animals that have not undergone timely treatment with anthelmintic drugs.

Parvovirus enteritis is especially dangerous for puppies. This infection is accompanied by vomiting and very pungent watery diarrhea. Without timely assistance, the animal dies within 3-4 days.

If an unvaccinated dog has runny, slimy feces with blood and develops photophobia, test it for intestinal distemper. The most striking signs of this infection include darkening of the enamel, the formation of a white coating on the tongue and the appearance of a sour odor from the body. With a lightning-fast course, the disease can kill an animal in just a day.

Also, the cause can be an atypical form of rabies, which excludes the sudden mood swings characteristic of the violent form. It develops within 3-6 months, and its symptoms resemble gastroenteritis.

Separately, it is worth noting the long-term use of non-steroidal anti-inflammatory drugs (NSAIDs). If your pet is taking NSAIDs, consult your veterinarian for a possible replacement. An incorrectly selected drug can lead to ulceration of the gastric mucosa.

Also, a dog can be poisoned by poisons or chemicals by swallowing rat poison or a floor cleaner. With acute intoxication, bloody vomiting and convulsions may occur, as well as impaired coordination and temperature jumps. If you do not have time to get to the clinic in 2 hours, then the effect of the poison will have to be neutralized on your own with the help of an antidote.

The formation of red pigments in the stool is possible when eating red foods or in bitches during estrus. In these cases, treatment is not required, since the color of the faeces normalizes on its own.

More serious causes will be indicated by accompanying symptoms:

In addition to puppies, small-breed dogs are at risk. They can hardly tolerate dehydration, therefore, in case of any disturbances in the work of the gastrointestinal tract, they must be delivered to the clinic within 24 hours. Later diagnosis may not be possible due to sudden death.

Accurate diagnosis in the veterinary clinic

The veterinarian will tell you what to do to eliminate blood in the stool from a dog, only after finding out the reason. In addition to taking anamnesis and examining a four-legged patient, you will need:

Depending on the diagnosis, the dog may require medication or surgery. It is not recommended to use drugs before diagnosis, but exceptions are allowed with bright and painful symptoms.

The first actions of the owner

Before visiting the veterinarian, you can try to stop the bleeding with folk remedies. For this, nettle or chamomile tea is suitable. A decoction of oak bark will help to cope with bacteria.

The consequences of intoxication can be eliminated with sorbents: activated carbon, Enterosgel or Polysorb. In addition to removing toxins, they can strengthen stools. Rice broth can handle this.

To reduce the load on the digestive tract, put your pet on a starvation diet. Eat soft and light foods while maintaining your appetite. If the animal eats dry food, then soak the pellets with water.

How is the treatment going?

If foreign objects are found that have damaged internal organs, they are removed surgically. Also, an operation may be required to remove neoplasms or open up abscesses due to inflammation.

In all other cases, treatment of blood in the stool in a dog involves taking medications. To restore the lost strength, the four-legged patient is supposed to have a temporary diet that excludes rare feeding and heavy food.

The choice of the drug is determined by the diagnosis. For helminthiasis, anthelmintic drugs are used (Dironet, Drontal, Kanikvantel), for parvovirus enteritis, hyperimmune serums, and for hemorrhoids, hemostatic suppositories and venotonic drugs. Also, a four-legged patient may need:

To eliminate the consequences of dehydration, droppers are placed with infusion solutions. With severe blood loss, transfusion is possible.

The use of folk remedies is permissible as an auxiliary treatment, but only under the supervision of a veterinarian. Soldering with vodka and other popular methods can cause death of an animal due to severe poisoning.

For faster healing of wounds and relieve inflammation, chamomile broth is used. If the pet was diagnosed with hemorrhoids, and cracks were found in the anus, then sea buckthorn oil is useful for their healing.

When caring for a patient, you will have to take care not only of his comfort, but also of sparing nutrition. A therapeutic diet should be adhered to for 2-3 weeks, even if the pet’s condition is normalized.

A fast diet is recommended on the first day. Only water remains freely available. If the dog refuses to drink, then it is forced to drink through a syringe. If vomiting occurs, it is recommended to lick an ice cube. This will help prevent new attacks and prevent dehydration.

When the condition improves on the second day, mucous cereals from rice and oats are introduced. Later, a small amount of boiled chopped chicken and fermented milk products are added. Fresh vegetables and fruits are returned no earlier than 2 weeks. The timing of the return of the dog bones is discussed with the veterinarian.

Food is served often, but in small portions. All meals are served fresh and warm. If you don’t have the opportunity to cook as often, use a commercial medicated feed designed for animals with gastrointestinal diseases.

What is the danger of the condition?

Internal blood loss is fraught with the development of anemia. Due to the falling pressure and constant weakness, the animal can hardly bear the usual stress and becomes very sleepy. Without timely assistance, this leads to disruption of the work of internal organs, which ultimately becomes the cause of death.

The dog can also die from blood loss, dehydration, severe poisoning or exhaustion. Veterinarian help is needed in any case.

To prevent intestinal problems, it is important to monitor the quality of your pet’s diet and maintain its immunity with preventive measures. This is accomplished with:

If warning signs appear, do not try to solve the problem on your own and see a doctor immediately. Remember that many latent diseases leave no more than 1-3 days to save the animal.

When walking outside, remember to examine the excrement left behind. Try to keep your pet on a leash to prevent bowel movements without your presence. Animals are not able to tell about their well-being, so only very attentive and responsible owners can cope with their problems.

This article is merely informative, at Petsfeed.co we do not have the power to prescribe veterinary treatments or make any type of diagnosis. We invite you to take your pet to the vet in the event that it presents any type of condition or discomfort.