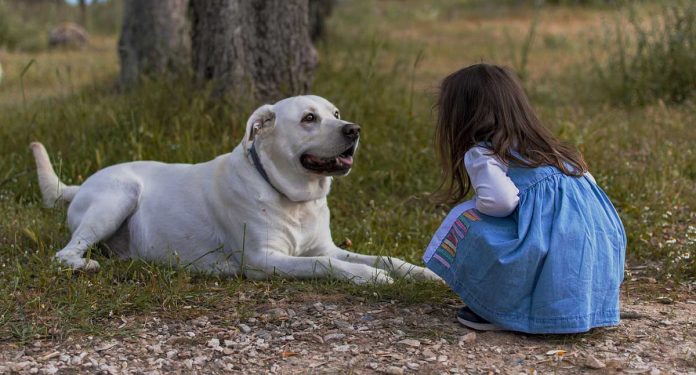 The dog belongs to the Canidae family, along with such animals as the fox, jackal, wolf and coyote, which affects the behavioral characteristics of such a pet. The character of any dog ​​directly depends on breed characteristics and heredity, but competent education and training is also important.

All dogs are very different in character. And the individuality or typological characteristics of an animal are determined by three main components:

Note! According to experts, the combination of typological traits of a dog’s character largely depends on the characteristics of the animal selection strategy adopted in each breed, but in most cases all dogs are friendly and completely human-oriented.

The choice of breed

When choosing a dog breed, it is advisable to focus on the function of such a pet in the family:

The breeds of dogs that are used as a hobby are considered separately. Such pets participate in exhibitions, breeding and improvement of breed characteristics. It is important to remember that if ease of training is a priority, then it is advisable to opt for a collie or a German shepherd, and it is advisable for beginners to avoid acquiring dogs with a complex wayward character, including the Chow Chow or the Bernese Mountain Dog.

In the lists of the international register of FCI, hunting breeds occupy six groups out of ten available, and their total number exceeds four hundred, which indicates the popularity and demand. Specialized breeds are designed for catching burrowing and wild animals, as well as birds.

Note! As the practice of dog breeding shows, some breeds can fully combine in themselves, of course, not all, but a significant part of the main functions.

A hunting-type dog needs compulsory competent training and sufficient walks. As a rule, such breeds get along very hard in a small apartment, due to the need to maintain physical activity. Groups uniting hunting breeds are represented by:

When choosing a hunting breed, it is necessary to take into account the characteristics of the dog’s temperament, as well as its purpose. Terriers and dachshunds are medium-sized dogs that are large enough to hunt burrowing animals. Hound dogs, along with large terriers, work on large and small animals, driving prey to hunters or catching up and killing it.

Hounds can be track and hound breeds. The second option belongs to the category of gun dogs, capable of tracking down and bringing a killed animal. Depending on the style of work, such dogs can be used in open areas or in dense growth, as well as on the water. There are all-purpose breeds that hunt on water and on land.

Dogs for a large family

As practice shows, a typical and absolutely “family” breed of dogs does not currently exist. However, according to experienced breeders and specialists, dogs of the following breeds are best suited for a large family:

These giants are not suitable for keeping in an apartment, unless, of course, you are ready to give them a separate room so that they can stretch out to their full height. But sitting on a chain or in an aviary is also not for them. Mastiffs are best suited to a private home with a fenced-in area to patrol.

This breed is not suitable for beginner breeders. Giants need a steady hand and early training. Although mastiffs will never intentionally hurt a child, they can accidentally knock over or step on a toddler, so they are not recommended for families with small children.

Due to its small size, good health and unpretentiousness, Boston is an excellent choice for both apartments and private homes.

No wonder the Boston Terrier is currently considered the most popular breed in the United States.

In recent years, family dogs such as the Border Collie have become extremely popular in many countries. However, Rough Collies are not well suited for families with too young children, so they are most often purchased for teenagers.

Most often, companion dogs are acquired by elderly and lonely people who need a devoted and reliable friend. In this case, a pet is a friend for the soul, as well as an attentive and undemanding listener, which has a very positive effect on the emotional background of a person. When choosing a companion dog breed, it is necessary to take into account the temperament and physical activity of not only the pet, but also the potential owner, as well as their level of emotionality:

This breed can be found in various ratings regarding beauty, high intelligence or other qualities. There are several breed types: Rough-haired, Wire-haired and Short-haired collies. They are all smart, stately and suitable for living with a person, however, the most spectacular of them are individuals with long, luxurious coats.

These funny kids with toy looks are great companions. Their compact size allows you to keep your baby even in a small apartment. The innate curiosity of “Pomeranians” does not allow them to stand aside when something happens in the house, they are cheerful, active and inquisitive.

Suitable companions for a sedentary owner who prefers slow walks will be the Pekingese, Shih Tzu and Lhasa Apso, which are medium-sized, independent and unobtrusive.

Note! According to the observations of experienced dog handlers, unpretentious and medium-sized breeds, including the Maltese lapdog, Pekingese, Boston Terrier and Scotch Terrier, can also be considered as ideal companion dogs.

It should be noted that any watch breed has a rather aggressive character, therefore, it requires socialization and early training.

Where do dog habits come from?

If the owner of the dog does not “explain” acceptable behavior to his pet through training, then the dog tries to learn about the world around him on his own, through trial and error. Most of the behavioral problems go away as the pet grows up and assimilates a variety of rules or requirements. Good and bad habits largely depend on the type of temperament of the dog.

Sanguine dogs have the most comfortable type of temperament to keep. Such pets have a calm disposition, quickly adapt to any changes in the environment, and are also characterized by an equal attitude towards other animals and children. A sanguine dog is able to cope well with stress and has a very balanced nervous system.

Choleric dogs have a higher nervous excitability than sanguine pets. Such animals are extremely active, capable of almost instantly reacting to any external stimuli. As a rule, it is difficult to educate a choleric dog, which is due to irrepressible energy and an insufficiently high level of concentration. It is recommended to choose animals with a choleric temperament for very active people.

Phlegmatic dogs are calm and even-tempered, able to withstand significant loads and treat children well, but are difficult to learn and often have unwanted habits. Rare psychoemotional statuses include melancholic dogs, which are characterized by timidity and indecision, and also poorly adapt to external factors.

It should be noted that the culling of dogs with bad habits was, as a rule, carried out by specialists, including breeders and trainers, who excluded unsuitable individuals at a very early stage of development, in puppyhood.

Do you need dog training?

You can determine the need for training if you focus on the following indicators:

According to experienced dog handlers, the character of a pet is formed exclusively with age, therefore, starting from puppyhood, it is necessary to start raising and training the dog.

Informal or amateur training is characterized by the absence of test rules, so each owner independently teaches his pet the skills that he considers necessary. Show training or the ability of a dog to show itself in the ring conditions, preparation for agility competitions, protection of the house and the owner can also be attributed to this group.

All training courses known today can be divided into the following forms:

Note! Particularly popular is contrast training using elements of all three methods, including mechanical action, painful or non-painful, through which the desired action can be achieved from the dog.

Several areas are used, including mechanical training, taste-encouraging training according to the Durov method. And also, the method of limiting the possibilities of error and special repetitions or the police school of training.

How to understand your dog

To understand your dog’s desires, you need to learn to recognize the verbal cues given by your pet:

Verbal cues from a dog include howling, growling, grunting or “mumbling”, whining and barking, which can be high or low.

Tips for choosing a dog

Attention should be paid to the most important parameters of choice, which are represented by the complexity of care and ease of training, attitude towards the elderly and young children. Among other things, it is necessary to take into account the breed characteristics of the dog:

When choosing a puppy, it is important to remember that at the age of two months you can very approximately determine the temperament of the future pet, following its reaction to external stimuli.

Behavior of the owner and other family members

Beating, as well as slaps and snaps on the nose, can turn an adequate animal into a fearful and vicious dog that poses a real threat to everyone around. Not only an inappropriate attitude towards a dog can spoil the character of a pet, but also excessive love, as well as permissiveness and connivance.

Important! A spoiled animal behaves inappropriately, therefore it is strictly forbidden to treat a pet from the table.

Among other things, it is imperative to explain to children the rules of behavior with a dog. Otherwise, even the most good-natured dog is able to show aggression and inflict bites. It is very difficult to control an improperly raised dog, and in some cases, it is absolutely impossible. 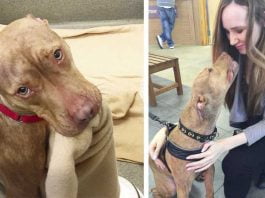 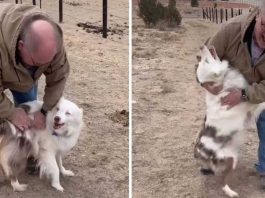 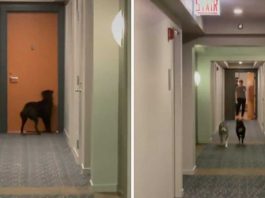 Dog Knocks On Her Best Friend’s Door Every Night To See...