The Norwegian Forest Cat is a fluffy beauty of rather large size – it is larger than breeds such as the Pixie bob and the Somali cat, but almost half the size of the Maine Coon.

Despite the wild past, the kitty is ready to demonstrate a kind, calm and balanced Nordic character.

The Norwegian Forest Cat is absolutely not characterized by naughty or aggression. If this cat doesn’t like something, he will simply step aside, waiting for a change in the situation.

Coming from the lush Scandinavian forests, the Norwegian forest cat, with the appearance reminiscent of that of a small lynx. But do not let this wild aspect deceive us, because it is an incredibly affectionate and sociable cat, to the point that there are even guardians who take them for a walk.

The skogkatt cat is a cat that has won the hearts of cat owners and lovers from all over the world. But before defining its characteristics, we must first discover its origin. For all these reasons, read on and discover in ‘ Pets Feed ‘ the characteristics of the Norwegian forest cat, its temperament and its basic care.

The Norwegian Forest Cat is not as simple as it sounds. Until now, animal lovers have no idea where and why he came to Norway.

Experts agree that the Norwegian forest cat appeared as a result of adaptation to the cold Scandinavian climate of its distant, thoroughbred and not quite, ancestors.

These could have been imported Angora or wild cats of Scotland. Whatever it was, but already in 1841 in the Norwegian cat fairy tales there is a description of seals, very similar to the Norwegian forest ones.

In Norway, this kitty was very popular. However, after 1945, the Norwegian Forest cat breed, a photo of which often flashes on the Internet today, almost disappeared.

They began to actively cross it with other breeds, and there was a threat of extinction of a pure species. Ideological cat lovers sounded the alarm.

They have created a set of rules and standards governing the registration of Norwegian forestry. Such efforts were crowned with success, and in 1977 the breed of these cats was officially recognized.

Characteristics of the Norwegian Forest cat

The Norwegian Forest cat breed is perhaps one of the largest of all feline breeds that live in the company of people. Perhaps for this reason, for the rest of the characteristics that define its beauty, it has positioned itself as one of the favorites in homes around the world. It is even larger than other similar breeds, such as the Maine Coon, in size.

And it is that the Norwegian cat has a size that attracts attention, but the weight of the Norwegian Forest cat is not far behind, being able to find specimens up to 9 kilos in weight with relative ease. Beyond the aforementioned characteristics, it is worth emphasizing the beauty and shape of his head. Rounded and broad, with a prominent snout, but not excessively.

Their ears, triangular and large, are always striking, always erect on the head and with a long hair at the ends which resembles that of a lynx. Their large deep eyes also do not go unnoticed, which can appear in many different colors. The legs of the Norwegian Forest cat are long and robust, ready to run, jump and climb. It is therefore not surprising that this animal is very active and fairly athletic. This also helps a long, hairy tail which helps you maintain agility and balance.

A separate mention deserves its long, dense coat and woolly to the touch. It is represented in two layers, the inner layer being much denser, in order to keep your body away from humidity and cold. The outer layer is much longer and softer, although its length may vary depending on the time of year. As for colors and shades, the coat of the Norwegian Forest cat is very variable. Black, blue, red, gold, brown, silver or cream are recognized as valid colors of the breed.

And they can also appear in very different patterns, from a single uniform color to tabby cats, or even three colors. In all cases, when the coat of this cat has more than one color, at least one must be white.

Temperament and personality traits of the Norwegian forest cat

The Norwegian Forest Cat loves people and grows best with human company. Sometimes they can insist on attention. On other occasions, however, they will be fairly independent. They are usepesrd to the outdoors and are perfectly suited for wandering and hunting. The Norwegian forest cat is an attentive and affectionate cat with its guardians, so it is an ideal companion for families, because it gets along well with the little ones in the house.

He will take care of the house as a caretaker, because he is a cat is quite territorial, moreover his wild origins make his hunting instinct very awake, he will appreciate very much to play with his toys. It is true that this breed of cat loves to climb, so it is recommended to provide scrapers with several floors or heights for the immense pleasure of our Norwegian forest cat.

In this way, we will prevent him from climbing on our furniture, from damaging it or from feeling frustrated because he does not see his main needs covered. As we said, the temperament of the Norwegian forest cat is characterized by its patience and its intelligence. In this way we can try to teach them small tricks, in addition their training will become much easier than with the other breeds. His emotional maturation is slow, up to 5 years, so we have time to train him well and teach him the rules to follow at home.

The Norwegian forest cat is one of the healthy and strong cats, but this cannot be an excuse to neglect or forget the frequent visits to the veterinarian in order to prevent and detect possible pathologies which will have a better prognosis earlier in the diagnosis.

Some of them are hypertrophic cardiomyopathy, which consists of thickening of the heart muscle, or hip dysplasia, very common in cats who, like the Norwegian forest cat, are large. For this last condition, we must ensure that our animal remains in an appropriate weight range, since an excess of pounds will negatively affect its joints.

Also, the Norwegian forest cat can be predisposed to undergo alterations of the retina and glycogenosis of type IV, which consists of an enzymatic deficit generally quite serious; Fortunately, this happens very rarely. We can check our pet at home regularly to detect any alterations that require examination by your veterinarian, it is also highly recommended to follow the vaccination schedule and to make frequent reviews with the specialist.

Don’t be fooled by the thick and long hair that the Norwegian Forest Cat is covered with; a photo of this beauty may make you think that caring for him is very troublesome.

However, it is not. The structure of the hair of the Norwegian cat is such that her coat does not tangle like the Persians.

Therefore, it is worth combing the coat a couple of times a week using a furminator. And only in shedding seasons you will have to take a comb every day.

It is not necessary to bathe the cat, unless it gets very dirty after walking or when removing skin parasites and fleas.

If your Norwegian Forest cat does not spend every day in the yard, but, like a Peterbald or the Don Sphynx, lives in an apartment, claws should be trimmed once every 23 weeks.

The ears should be examined and cleaned with the same frequency.

In general, a Norwegian forest cat can feel great in an apartment. But if once a month you organize your kitty to go out, he will be happy.

Just keep him on a leash, especially if the walk is planned where there are trees.

After all, the Norwegian cat will remember his wild past and will definitely climb higher.

The ideal option for the Norwegian Forest Cat is living in a private home and daily walks in the yard.

It is worth putting on a flea and tick collar on your pet  this way you will protect the animal as much as possible.

Needless to say, dry cat food should be of good quality and not economy class? The reward for the waste will be good animal health.

When organizing feeding with natural products, it is important to consider that the Norwegian forest cat is inherently a predator.

Therefore, a third of her diet should consist of foods containing protein.

In keeping the Norwegian Forest cat, great attention is paid to proper nutrition. There should be enough nutrients in the diet, so the amount of feed and its composition plays a role.

In the menu you need to enable:

In principle, meat, offal and fish need not be boiled. However, in this case, there is a risk that the cat will become infected with some parasites.

For proper bowel function, it is advisable to buy and germinate cat grass. It will also provide the kitty with vitamins B and K.

Norwegian Forest kittens cost about $ 200-1200. Appearance, pedigree history, and more are decisive. The cheapest is the pet-class kitten, then the breed, and the most expensive is the show. Such cats are usually shown at exhibitions.

The fur of the Norwegian Forest cat can repel water. He is adapted for both home life and the harsh forest conditions. And it is not very hot in Norway there.

Norwegian forest cats are not particularly tender. They do not like to take up space on the owner’s lap for free. And they will gladly find themselves another occupation.

Representatives of the breed are born hunters. Small animals should not be near them, even in cages. In addition, such a neighborhood without the ability to catch prey will negatively affect your pet’s nerves.

The body temperature of a Norwegian Forest cat is always higher than that of a person. And the coat on the back is stiffer than on other parts of the body. There may be an increased release of fat in this place. Do not be afraid, the kitty is absolutely healthy.

The Norwegian Forest Cat attracts attention at any exhibition due to its aristocratic appearance and impressive size. Due to the thick wool of medium length, it seems even larger than it actually is, while it is very mobile and playful, but it is not prone to destructive pranks for the home. The Norwegian Forest Cat does not tolerate forced loneliness, but requires respect for its personal space. 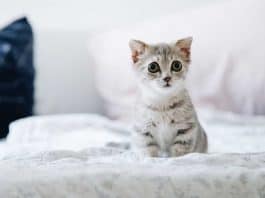 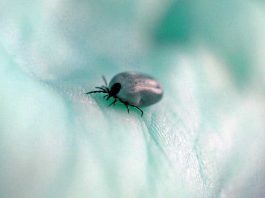