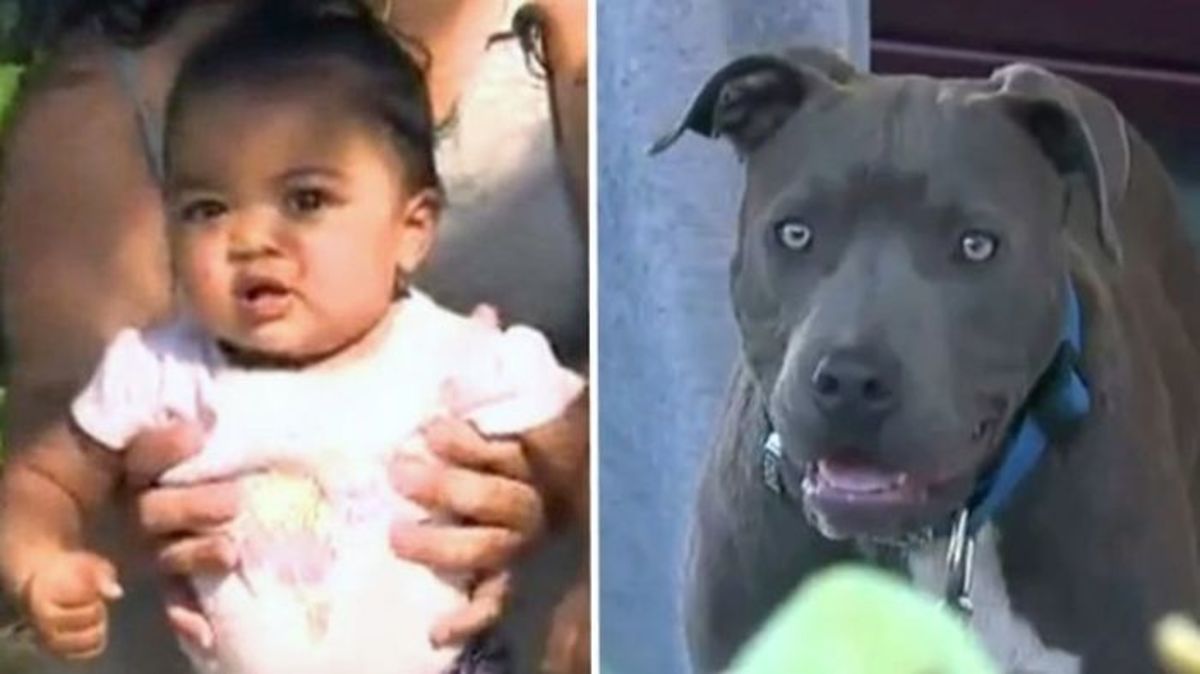 Often wrongly identified as a terrifying breed of dogs, pit bulls are some of the most caring and motherly dogs. Man’s best friend has a long history of being life saviours in dire situations and pit bulls are no different. Sacha is a proof. 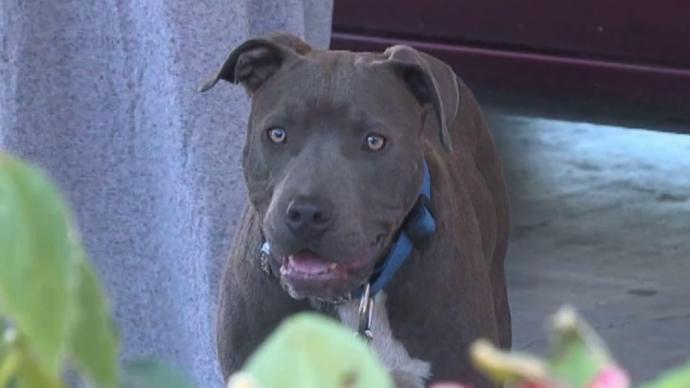 Here is a story about the Chaichanhda family to prove this point. It was just a regular night in their household and everyone had went to bed, the parents were sleeping in one room and their toddler was in another. Whilst they were sleeping, they were unaware of an impending accident and heroic action that took place, but they will remember it forever. The horrific turn of events that followed did not only affect the apartment, but also its residents.

Nana Chaichanhda’s apartment in Stockton, California was set on fire and on the verge of burning down, but when this was happening their 8-month-old Pitbull named Sasha proceeded to be the hero in the family. Sasha the Pitbull was outside and behaving rather strange when she started barking at Nana’s door. Sasha the Pitbull was very keen and was quickly able to sense that there was fire in the neighborhood. She then started barking as soon as possible to warn everyone of the fire that was about to happen. 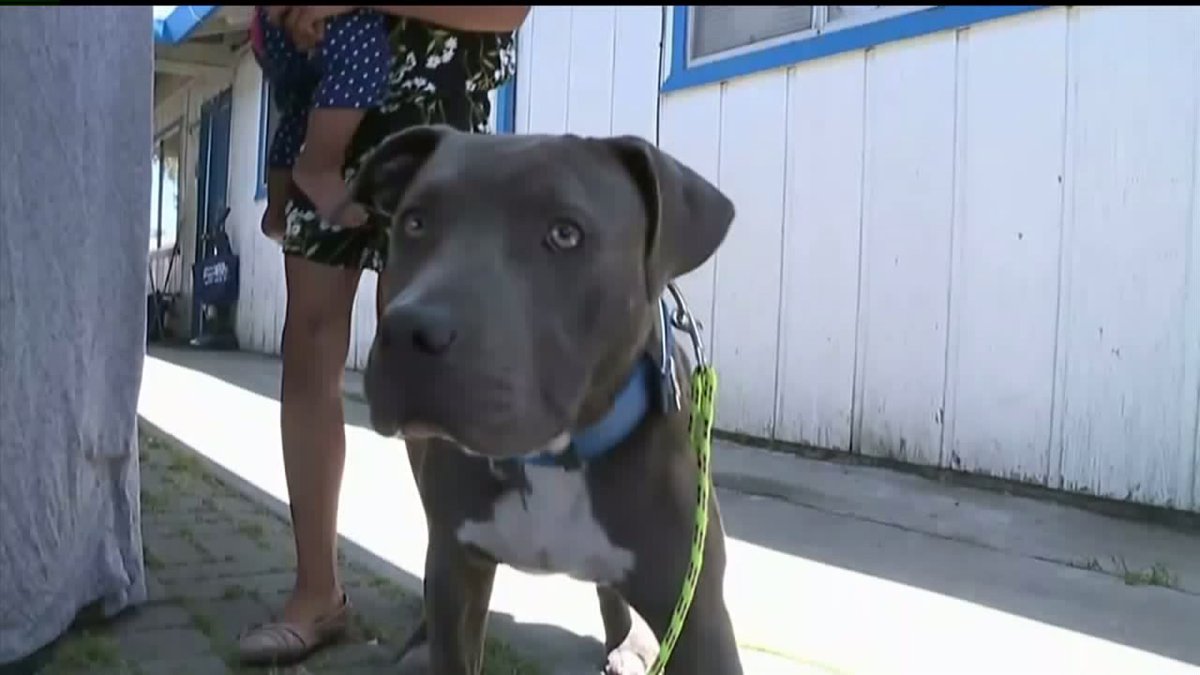 Nana was very surprised to see that her beloved dog Sasha was barking so loudly and immediately knew that something had to be wrong. As nana came out of her room she came to realize that a fire was ablaze. Out of her motherly instinct, she grabbed her 7-month-old girl child from the other room as soon as possible.

Nana was surprised when she found Sasha there in the room as well. The dog had reached to the toddler even before her own mother could in spite of the chaotic situation. Sasha had already managed to climb onto the bed with the sleeping baby and grabbed the waist of her diaper. Sasha was clearly determined to pull the toddler out of the burning building as Nana saw Sasha constantly pulling at the toddler’s diaper.

Nana acted quick and grabbed both her baby and her dog and dashed out of the building that was ready to be consumed by the flames. 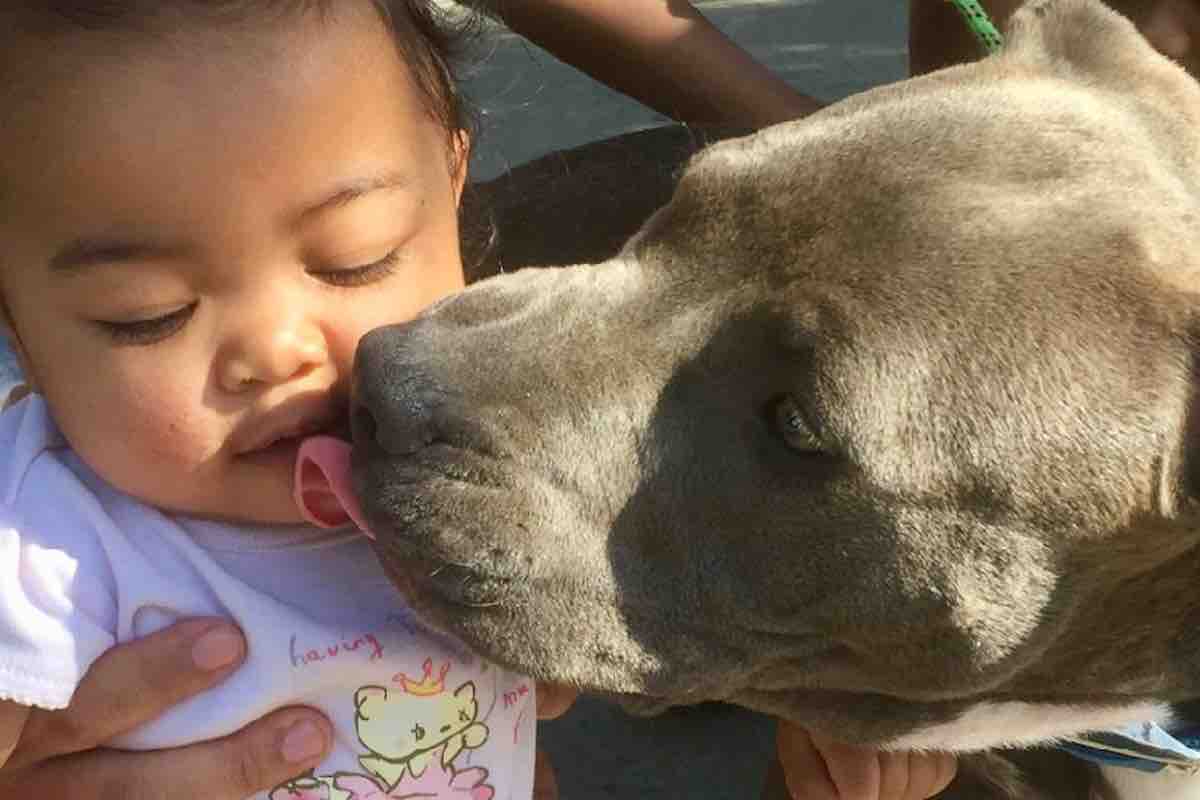 Sasha was a heroic dog and not only was a savior to her owner but for her owner’s child as well. Sasha managed to get the baby out of the room and nana was able to carry both of them afterwards. Sasha never hesitated to go through the fire be a saviour, not even once. The family was able to survive this catastrophe all thanks to the heroic Pitbull named Sasha.

Nana’s cousin also lived in the same building consumed by the flames. With the building now being left inhabitable, all of them they are now staying with an aunt who lives in the same building complex. This kind woman has willingly allowed them to reside with her and is thankful that the Pitbull had saved her granddaughters’ lives.

The Stockton Fire Department is investigating the cause of the fire, however, they have not identified what caused the fire which disrupted so many lives of the building’s residents.

Ever since the incident many of the locals now praise Sasha and are in awe of the heroic of the Pitbull and have grown to trust the dog more. They have now come to have a better understanding of this breed of dog and have taken to it very amusingly.

Nana had also admitted that if it wasn’t for Sasha she would have still been lying on her bed and things could have taken a much worse turn. She shows a lot of gratitude for her beloved dog and plans to give her a big treat for her heroic act.