Puppy almost hairless and sick, saved, and get a beautiful fur 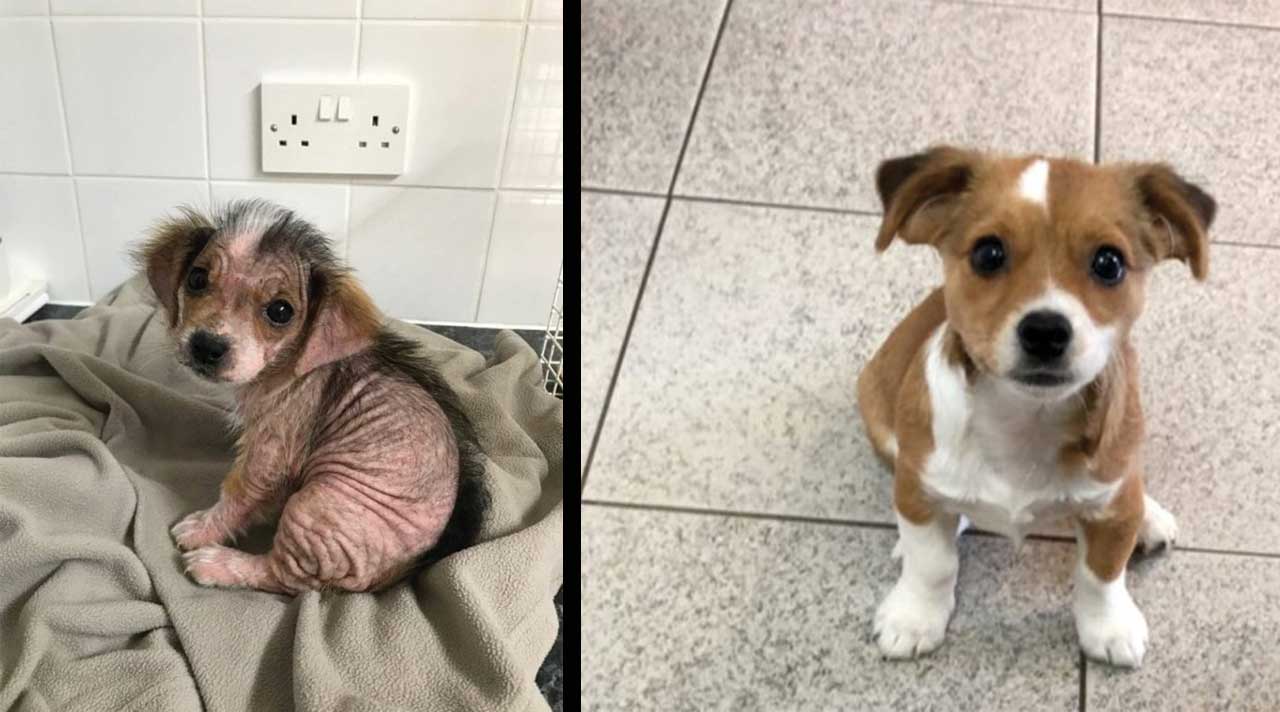 The story of Terra began in a cruel way. The poor little puppy was almost hairless, apparently because of her family’s negligence.

This scared little puppy still had a long way to go before she was fully recovered because she was suffering from a serious skin infection and had not received the necessary medical care.

It was clear that the unfortunate puppy had never really been loved, but luckily she touched the heart of a veterinary assistant who decided to take her under her wing and help her get better.

Unfortunately, a painful condition called scabies caused her to lose almost all of her hair and irritated her skin. Scabies is caused by mites; It is therefore common for homeless and neglected dogs not to receive the basic medical care that every dog ​​needs.

The veterinary assistant, Jessie DeFreitas, was captured by Terra’s eyes and decided to take her home, with another dog rescued from the street and four cats. But Jessie knew both would find a way to succeed and that without her rescue, Terra would not succeed.

It started by restoring the love that was missing to the little adorable pup Terra.

Jessie first called the little pup ‘Honey’, but she did not take long to understand that the puppy was more ferocious than she thought. So she decided to call it Terra.

With time, Terra was getting better. She began to feel more comfortable and to open up to people. After her recovery process, all her hair has grown back and she is now a beautiful girl with white and brown fur.

Terra grew in size and personality; she became a loving, lovable and playful dog. Jessie is pleased with her decision to add Terra to her family, although her original intent was just to feed her.

Jessie’s decision changed Terra’s life, and nowadays she lives with her loving brothers and sisters as well as her mother!