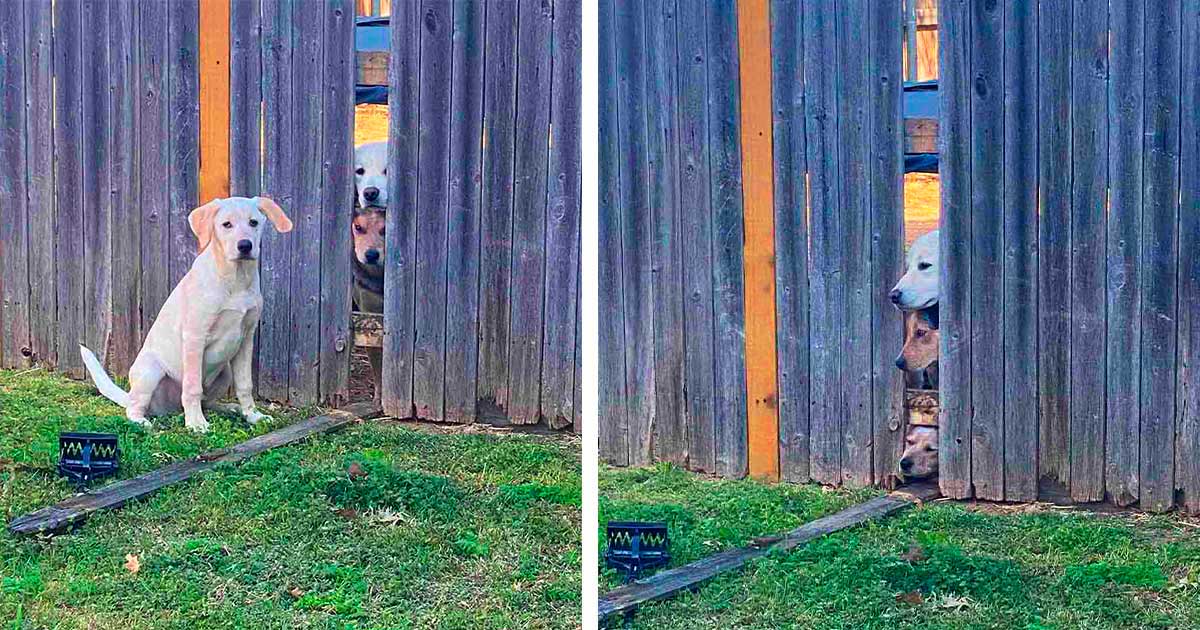 This adorable puppy is caught orchestrating an escape while he tries to help his three friends cross through the fence.

Crackers is a very stubborn adorable puppy who is always ready to help a friend who needs his help. This 5-month-old Labrador / Saint Bernard mix boy lives with his 3 furry friends and enjoys spending time with him.

The backyard of Crackers’ house is separated by a wooden fence from his father’s sister’s yard. Crackers is very happy living so close to his cousins, and they go out together every night. It is the puppy’s favorite moment.

He is very energetic and persistent. He doesn’t take ‘No’ for an answer when he wants to play. Everyone loves to play. Even though Crackers generally annoy them once they run out of power.

Puppy is caught orchestrating an escape

Jessie discovered Crackers in the middle of an astonishing mischief; the puppy was untying one of the pickets of the fence that separates his yard from his sister’s, and on the other side his 3 best friends were patiently waiting for the puppy to finish the job to cross.

Budders, my sister’s Pyrenean retriever mix, also Crackers likes the most, had unleashed the picket at the top. When I got out, Crackers was finishing the job, pulling him the rest of the way down. Then the other three dogs tried to pass at the same time as the Three Stooges.

But this was not his first attempt, Crackers had already tried an escape for his friends before, at least five times.

According to Jessie, there has already been one and a half successful attempts; Punkin was able to get through once, but her sister was left in the middle of the process, and her butt didn’t fit and she was trapped, so Jessie had to step in and remove another picket to help her.

Jessie has since decided to keep some extra pickets at home to save trips to the hardware store. This pup’s father knows that as long as Crackers’ friends are around, the mischievous boy won’t waste a little extra playtime.

At this point, I’m used to it. So I laughed when I saw what he was doing.