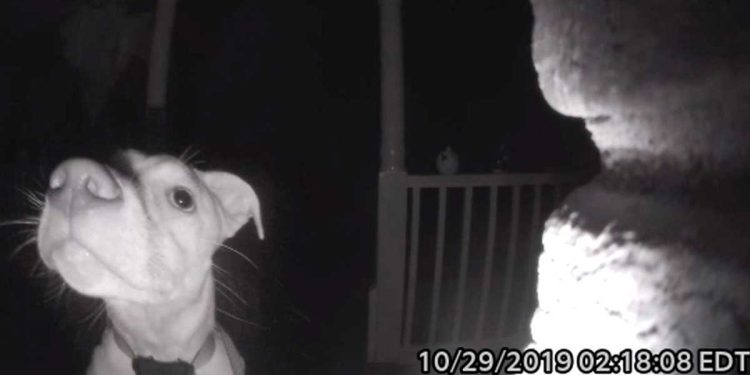 A dog from McDonough, Georgia managed to let her family know she was out of the house by ringing the doorbell early in the morning, also proving how smart animals can be.

Studies have shown that puppies have the brain capacity of a 2-year-old child, even managing to develop skills that have surprised us all, as is the case of Chika, a dog who showed her intelligence when she rang the doorbell of his house. at 2am after being locked out by accident.

When Robert Fox of McDonough, Georgia heard the doorbell ring immediately and not knowing what to expect, he grabbed his gun and headed for the door. Fortunately, his wife warned him that it could be the dog.

It turned out it was, the family dog ​​was ringing the doorbell. Surprised by Chika’s presence outside, Robert immediately lets her in.

When the man watched the video from the camera on the door, he saw how she had shrewdly achieved her goal of waking them up to allow him to enter.

In the footage, Chika can be seen trying several times to ring the bell, once she succeeds she backs out of the door and then tries again.

According to Bored Panda, while Robert thought Chika was sleeping with his son as usual, his son thought the dog was resting that night next to his parents.

Fortunately, Chika is safe and sound.

When Robert shared the images with the story, he clarified that anyway, if he had stayed outside, nothing would have happened to him because they live in a field with a fenced yard.