Rare Cat Breeds You Might Not Have Known Existed 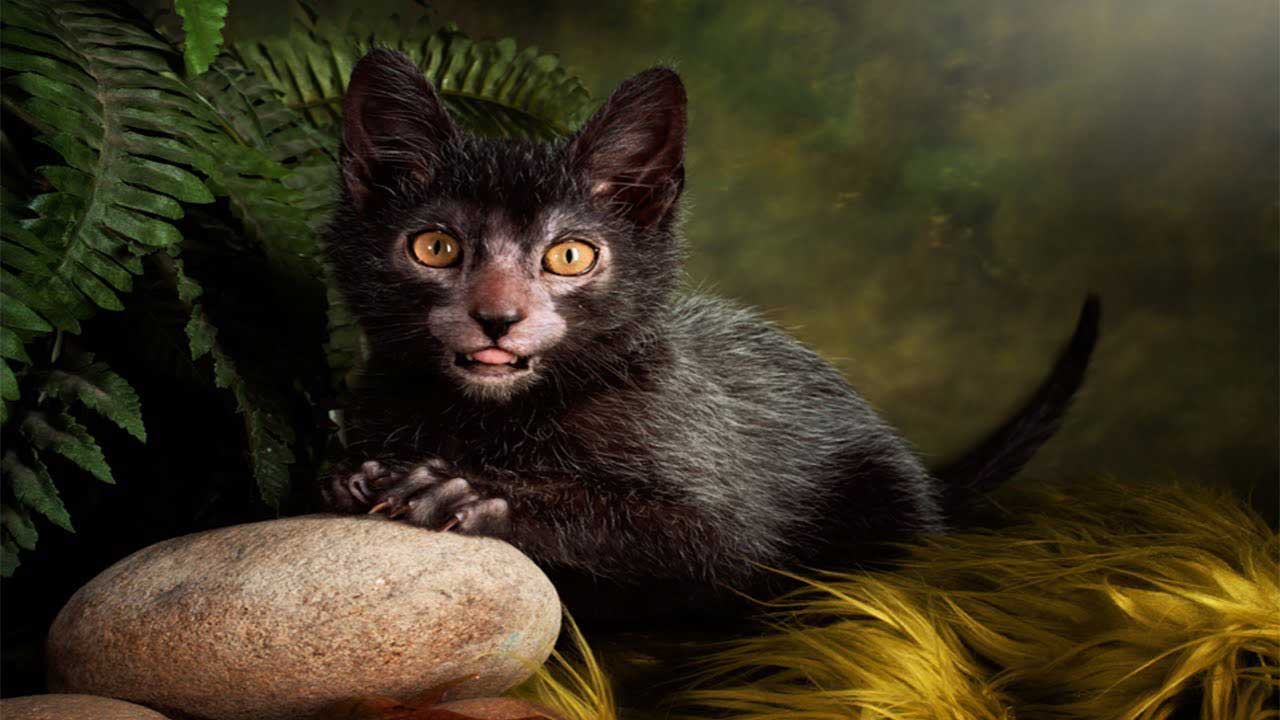 We suggest that you get to know better the cat breeds whose names do not flash as often as in the case of British Shorthair cats, Sphynx cats, Siamese or Maine Coon cats.

There are a number of extremely rare cat breeds, which are usually only found in certain areas of the world. Some of them are artificially bred, some are native to the places in which they historically live. In any case, the basic principle by which we have included these pets in this section is a rarity. By way of example, the following rare breeds of domestic cats can be cited.

In this article we talk about those rare breeds of cats, the representatives of which are considered the privilege of true connoisseurs of feline essence.

This cat owes its appearance to the American Curl and the dwarf munchkin. After all, the genes of these particular cats became the basis of the Kinkalow cat breed.

Representatives of this breed made the most of their “parents”: the tiny characteristic of Munchkins and the unusual shape of the ears (folded back) of the curls.

We know that the Kinkalow breed is rare. And at the moment, there are little more than a hundred of these cats in the world. Even despite the fact that the breed is steadily gaining popularity.

The cat looks amazing. Its coat is night black, but the resinous hairs are actively interspersed with gray hairs. It makes the cat look like a wolf or a possum.

These cats do not have an undercoat, but lykoi shed intensely and often.

Considering that there is almost no fur on the face of the licks, many call them “werewolves”.

And these cats were born out of the “love” of three breeds at once: the British Shorthair, the Scottish Fold and the Persian cat.

Foldex cats have a gentle and friendly character. This cat becomes the shadow of its owner, constantly following his beloved person on the heels.

The ears of Foldex cats are attractively lowered and the coat is fluffy and soft to the touch.

It is impossible not to mention the beauties of Chantilly-Tiffany: such cats are rare, but those who have representatives of this breed are at least happy to have an exclusive cat in their pets.

The Chantilly cat has a long, very soft and delicate coat. The eyes shine with an amber shade, and the character of such a cat is very kind and gentle.

Chantilly Tiffany is a smart cat, loves spending time with children and loves to have her fur combed with a special brush.

And, believe it, it’s worth combing it regularly – at least four times a month. Otherwise, this unusually smart, quick-witted diva’s luxurious fur coat will be covered in tangles.

And the Nebelung cat complements our five rare cat breeds, in whose veins the blood of Russian blue cats flows.

Tenderness towards the owner and devotion are “balanced” among the Nebelung by aggression towards strangers. But with age, this character trait is leveled.

It should also be added that Nebelung cats are not very talkative cats. They prefer to be silent, only occasionally – in extremely special cases – making themselves felt with a specific calm meow.

This is a hybrid of Oriental and Bengal cat breeds, bred artificially. They have short cheetah-like coats. The character is active, playful, affectionate. Serengeti cat has a lean and muscular body structure, the ears are larger than average, the legs are elongated. Of course, this is a rare breed of cats that are difficult to meet.

It’s not just a rare cat breed, it’s truly exclusive, as it belongs to predatory felines. Caracal cats still live in the wild and have long been attributed to a variety of lynx. They have large body sizes – these wild cats can even reach a length of 1 m, a height of 50 cm. They are intelligent, show great curiosity, playfulness and, with proper upbringing, plasticity of character, which even lets you teach them a few commands.

This breed can be considered miniature tigers. They are medium and large sized cats, very playful and intelligent, have a balanced character, attach themselves to their family. Toyger cats were bred artificially.

Rare cat breeds include the Savannah. In fact, this is a hybrid of a domestic cat and an African serval, which determines the unusual and exotic color. As for the size, here the savannah, on the contrary, corresponds to the size of an ordinary cat. They are playful and very curious; you will certainly not be bored with them.

In the late 1970s, the Sokoke or Soukok breed was standardized from the wild Hadzonzo Landrace living on the east coast of Kenya. They are medium-sized cats, active, curious, loving their family and showing great devotion, although they maintain a certain independence from their master.

Very old breed, originally from Thailand. Khao Manee has been known for hundreds of years, these cats are mentioned in the Cat Book of Poems. They have a short coat of absolutely white color, which determines the peculiarity of their color. They are friendly, very curious, intelligent, quite active creatures.

This rare cat breed has both long and short curly hair, giving it its informal name, the Curly Haired Cat. They are pets descended from free-breeding cats, thanks to which they retained the love of hunting and life in the wild. At the same time, LaPerm possesses playfulness and ingenuity. Much of their behavior will depend on you.

As you can see, this list includes not only the rarest breeds of cats, but also representatives of predators from the cat family. If you want to become the owner of one of the rare breeds, you should study in detail the information provided in this section of our website.