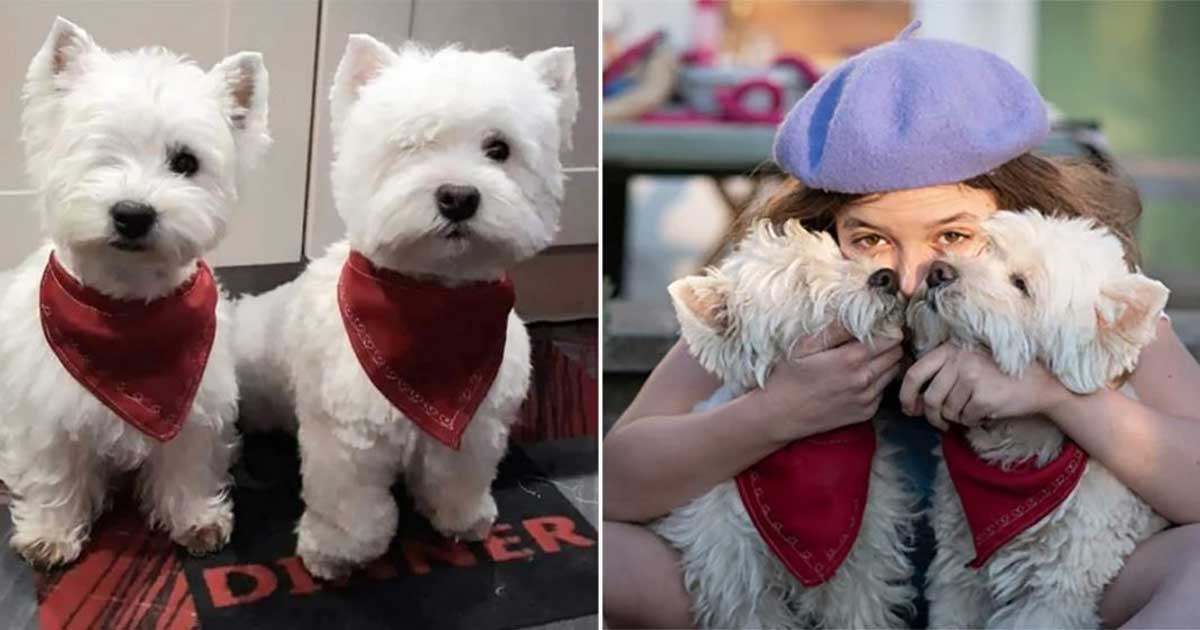 Because their mother contracted a bacterial infection during pregnancy, the two twin puppies named Roxy and Toulouse were born without their left eye. This imperfection classified the two Westie puppies as impossible to sell, so their only destination appeared to be euthanasia.

Fortunately, Fanny Sannier, a 19-year-old girl living in Belgium, discovered the story of the two little dogs and wanted to help them. The young woman therefore decided to adopt the two puppies to save them, as a Christmas present in advance, in 2019.

For Fanny, it was a normal decision since she could not accept the fact that two animals lost their lives because they were different.

Fanny said according to METRO:

When we found out they could be euthanized, we were all devastated.

Also, they were two adorable puppies and they couldn’t understand why to euthanize them, knowing that they had a bright future and a life to live.

Apparently, people aren’t interested in buying or adopting a different puppy because they don’t want to spend their money on these animals. Although an “imperfect” puppy comes with costly medical expenses and surgeries, many people are willing to go the extra mile for them.

The young woman added that they didn’t know much about the bacterial infection that caused them both to lose their eyes, but they paid £ 427 for her operation.

During the surgical process when they were only two months old, the vets baked their damaged eyes, and now they are like two normal dogs. The two little brothers are now enjoying their lives, running in the rain, destroying stuffed animals and playing with their two other foster brothers.

I am very happy that we adopted them. They are so full of life, and I hope they will be by my side as long as possible.

Sometimes their family wonder what would have happened if they hadn’t been saved, because they are two balls full of unconditional love.

Although the puppies perform activities like two normal dogs, the young woman says people are always surprised when they learn of her moving story. Especially since these are two small dogs who play in the garden, cool off in a pond and live their lives as if they have no physical limitations.

The reaction is usually always the same, people are really surprised that they have been euthanized because they can see how full of life both dogs are.

Many people end up saying that he would have saved them too, but the truth is, Fanny and her family are happy to have them in their home.

All of my family love them so much that they bring joy to our home.

Most importantly, Roxy and Tolouse will have the life they deserve for the rest of their lives.