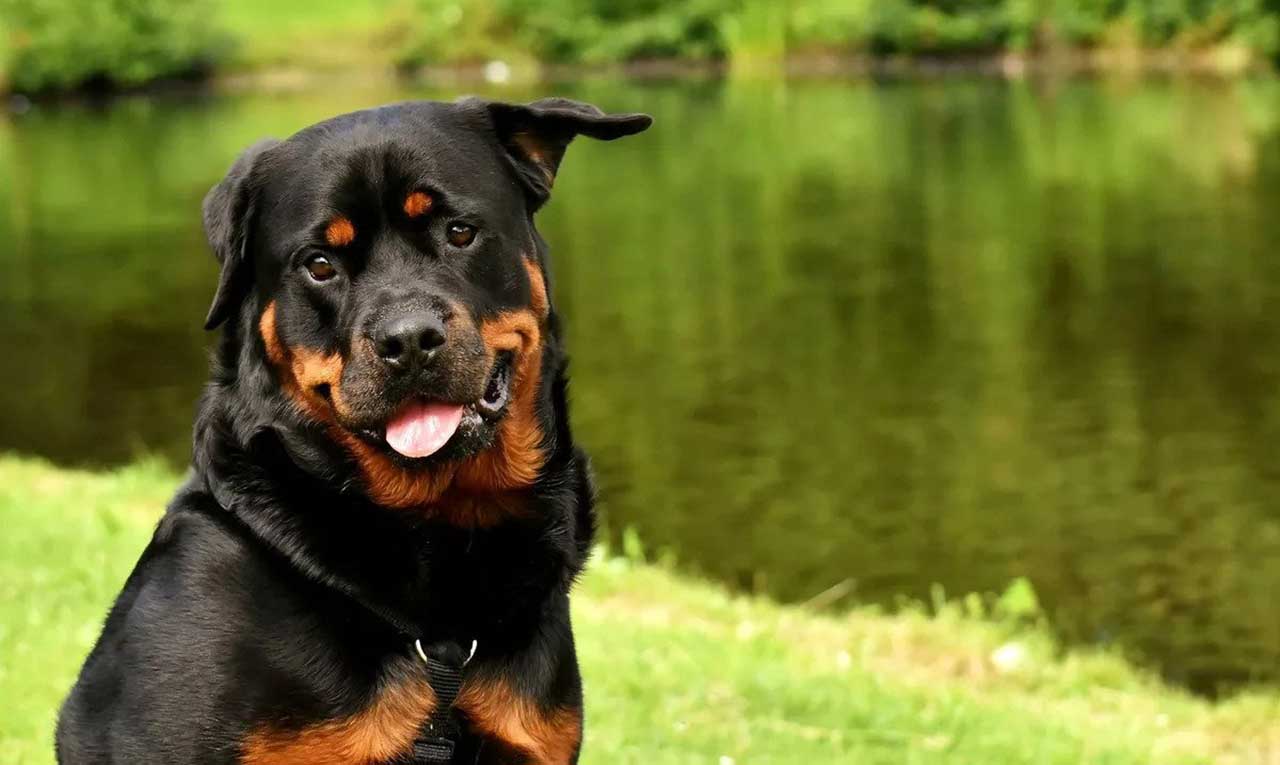 The Rottweiler is a large, strong dog with a fighting appearance and loyal character. He is considered one of the most aggressive breeds, as he fearlessly rushes to protect the owner from any threats. With the right upbringing, he will become a real friend, affectionate and loyal. Rottweilers make reliable guards, the best guides, rescuers who risk their lives for people. In this Pets Feed article, we’ve collected for you some Rottweiler facts every (new) owner should know:

The history of the Rottweiler goes back more than four centuries, and his ancestors, mastiff-like dogs, lived in ancient Rome. Rottweilers are considered one of the most ferocious dogs in the world. However, they are like this among the owners who do not deal with them at all. With the right upbringing, Rottweilers grow up to be loyal, benevolent, level-headed and obedient.

The Rottweiler is a serious, personable dog who know how to make the right impression of himself. He can easily protect real generalists from danger, be a watchdog for the house and a loyal friend for his owner. In addition, The Rottweiler is often recruited to work in the army, police, he is brought up as a rescuer and a guide.

There is a misconception that the Rottweiler should not be kept outside in winter, because his coat is quite short. In fact, these dogs, on the contrary, do not tolerate heat well. It is better to keep them in an insulated booth with the ability to move freely around the backyard of the house. In winter, the breed grows a thick undercoat that perfectly protects them from frost. Also, the owners need to remember that it is strictly forbidden to keep the Rottweiler on a chain, otherwise it may grow aggressive.

Several centuries ago, German butchers used the Rottweiler to guard meat convoys during their transportation. In addition, these dogs guarded the money of their owners, because they hung wallets around their necks. Of course, it never occurred to anyone to rob a Rottweiler.

The weight of the largest Rottweiler on our planet exceeds 95 kg. This dog is named Budel and lives in the UK. He became famous after participating in the “Fat Pets” show.

The Rottweiler has a subtle sense of the environment, as well as the change in the mood of his owner. If such a dog lives in a family whose members often quarrel with each other, he will grow up aggressive and nervous.

Representatives of the breed mature and reach full psychological and physical maturity only by the age of 2 years.

The Rottweiler dog breed goes back to ancient times with its roots. The ancestors of modern Rottweilers are Roman molossians, who came to Germany during campaigns of conquest.

The main occupation of the Rottweiler, at the very beginning of the birth of the breed, was the protection and transportation of fresh meat across the principalities lying near the town of Rottweil. Also, large and hardy four-legged animals were attracted to grazing.

For a Rottweiler, there is no need to create any special conditions for existence. The main thing is that in hot and sunny weather the dog has a place to hide from direct sunlight. By the way, they tolerate the cold much better.

Dogs of this breed recognize only one owner. Moving to another family can have dire consequences for them. The animal can get sick, become depressed.

Sometimes Rottweiler puppies are born in the litter with a special disease – vitiligo. It is characterized by the fact that the dog’s coat is unevenly covered with white spots.

If a Rottweiler feels that his family is in danger, he will react with lightning speed. It should be noted that his decisions are always thought out and as correct as possible.

Leaving a Rottweiler without education, socialization and training is a real crime. A dog that does not complete the general course of training and is not sufficiently educated can pose a threat not only to strangers, but also to the owner and his family members.

For cats and dogs of small breeds, these big dogs are scornful. They can start a fight with their own kind and larger ones.

The weak point of the Rottweiler is his excellent appetite. It is because of this that Rottweilers often acquire extra pounds, which can develop into obesity.

Dogs with excessively long hair and white spots are not allowed to participate in exhibitions and breeding.

It is believed that the lifespan of the Rottweiler depends on the gene and conditions of detention. On average, dogs of this breed live 10-12 years, but often live up to 15 or even 17 years. All centenarians had a good pedigree and caring owners.