Sad Obituary: Bonny The Dog Who Spent All His Life At The Shelter 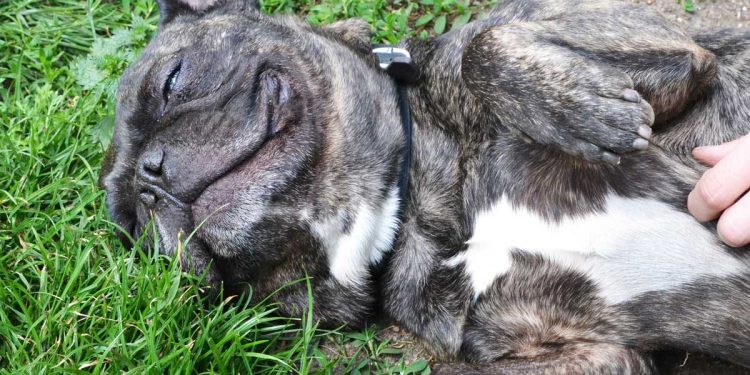 French Bulldog Bonny has been at the Hamburg Animal Shelter since 2014. The dog has been adopted nine times, but each time he returned after a few days. Now he’s dead from cancer. His walker expresses his sorrow in a touching obituary.

In the end, Bonny couldn’t win the battle with cancer anymore. The French Bulldog, who has spent the past seven years at the Hamburg Animal Shelter, was popular with keepers. Her walker Uta especially mourns her long-time friend and wrote an obituary for Bonny in which she says goodbye to the furry friend.

Bonny has been at the shelter her entire life

Some animals are just out of luck. Just like French Bulldog Bonny from the Hamburg Animal Shelter Animal Shelter. This adorable dog has stayed with the establishment since 2014 and has always waited in vain for new owners. Bonny was adopted nine times, but after two days at the latest he returned to the shelter each time because he was aggressive in his new home and clearly claimed ownership of absolutely everything.

Certainly, her most important reference person during all these years was her walker Uta, who regularly picked up the nurse’s case for walks and excursions. But now she had to say goodbye to Bonny. In the end, the four-legged friend couldn’t win the fight against cancer. The bulldog died at the shelter a few days ago.

In her grief, Uta wrote a touching obituary for her sweetheart, in which she made it clear that the furball was, in fact, an absolute dream dog. Bonny was “funny, smart, headstrong and, playful, also very cuddly and silly,” she wrote. But he rarely showed his aggressive side and defended his property like a berserk, according to the obituary.

Bonny also played a very special role in the animal shelter. He lovingly took care of all the puppies, played with them and resolved all disputes. Uta, who even took trips to the Baltic Sea with his protégé, mourns him now and already misses him a lot.

The shelter workers say goodbye to their permanent guest with the words: “Take care of yourself, old man, goodbye!