Morocco: Amal And Safe Shelter – A Fight For Animal Rights 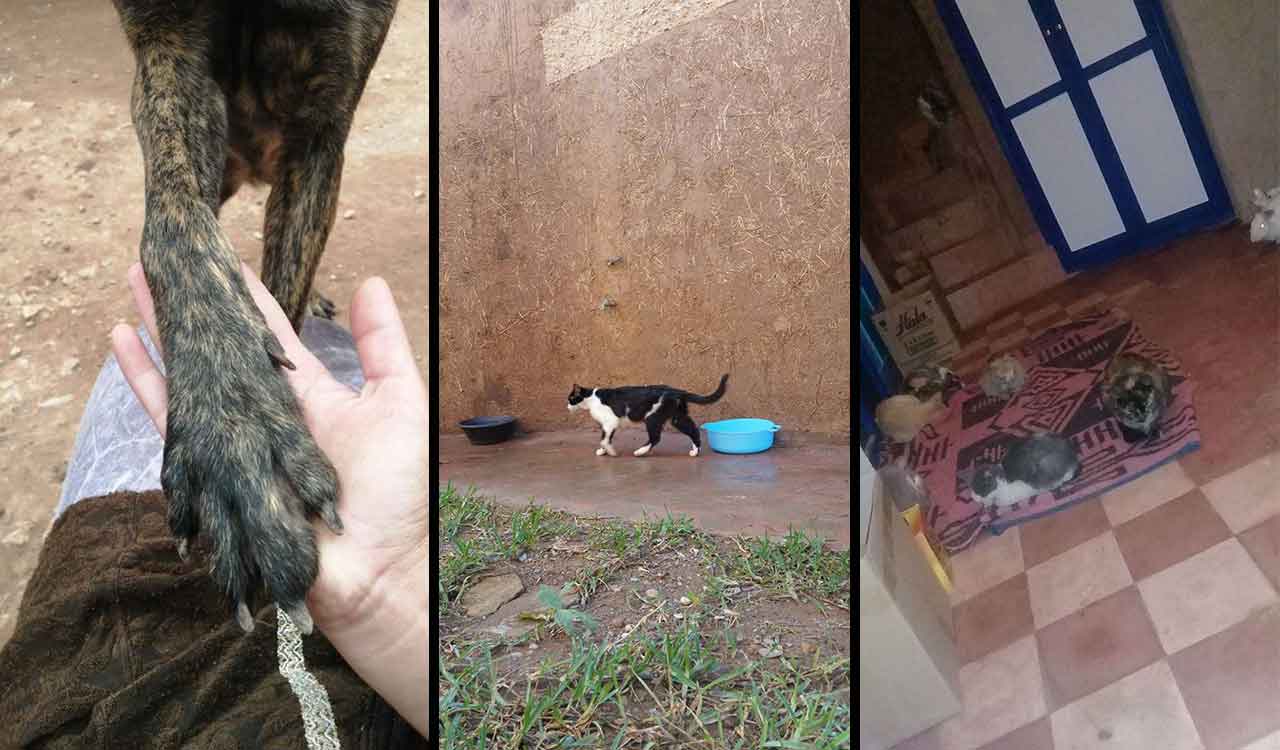 Amal, the young woman from Agadir, in the south-west of Morocco, is an animal rights activist and since childhood dreamed of having her own animal shelter.

She decides to start in her parents’ house.

A short time later, the number of cases grew, for lack of space, she moved to a shelter of a friend, hoping to provide these cats and dogs all the care and comfort they so badly needed.

The two shelter managers had different points of view, so Amal, rent an apartment and move again, then, a few weeks later, she moves once more….

Once her apartment was robbed, and another time, the neighbors were against having animals next door and warned the municipality … she decided to move again!

This time, it is a farm that will serve as a shelter for its animals, but, the difficulties do not stop here, she was forced to empty the local, for administrative reasons.

After spending a few months in an apartment, she decides to have a new shelter, a bit far from the city of Agadir.

Her shelter takes only the serious cases of cats and dogs, generally street animals or those abandoned by their owners, she looks after them, and looks for homes for them.

Amal is a literary, cinematographic and political critic, who no longer finds time to take care of her own work and career, as she spends most of her time looking for solutions for all her animals.

Her refuge is called ‘SAFE / Animal Rights-Agadir’, which lives only through charitable donations, so that she can pay rent, food, veterinary bills and medicines.The refuge’s.