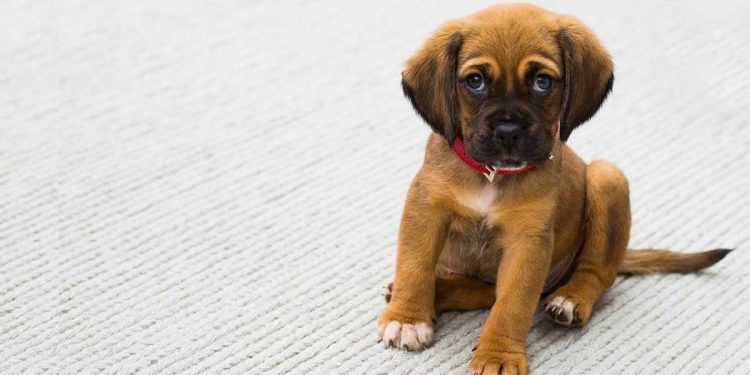 The muscles around the eyes, responsible for this look – pleasant and understandable for humans – appeared in dogs during evolution.

British and American scientists have compared the anatomy of dogs and wolves and found that dogs have something wolves don’t – a small muscle that allows them to raise their inner eyebrow with a house, following from which a “childlike” expression of helplessness arises, which few can resist.

“We have compelling evidence that dogs developed new muscles after domestication that allow them to change the position of their eyebrows, unlike wolves,” said Professor Julianne Kaminsky from the University of Portsmouth, lead researcher. study, in an article published in the journal Proceedings of the National. United States Academy of Sciences.

“When a dog uses this muscle, the owner has an overwhelming desire to protect the animal,” she continues.

These muscles allow dogs to wiggle their eyebrows, giving the muzzle expressions that give the impression of understanding and sympathy.

This visually increases the size of the dog’s eyes, which mimics the behavior of a person at the time of sadness and also makes them look more like puppies.

According to her, people subconsciously prefer such dogs, protecting and selecting them for breeding, giving them an evolutionary advantage and enhancing these abilities at the genetic level.

The cute look of a dog

Data obtained by American and British scientists in the field of anatomy and comparative psychology indicate that the ability to change the expression of the “face” has developed in dogs over thousands of years due to living together with humans.

Previous studies have shown that dogs tend to adopt a helpless “puppy” expression as soon as a human looks at them; this suggests that we are talking about intentional behavior that is calculated on a person’s reaction.

Study co-author Anne Burroughs, a professor of anatomy at Ducane University in the United States, points out that the changes in dogs’ facial muscles happened extremely quickly in terms of evolution, and that they can be seen as a direct result of close communication between humans and dogs.

These results, says Professor Bridget Waller of the University of Portsmouth, show how important the signals sent by facial expressions are in any type of social interaction, including between different species.