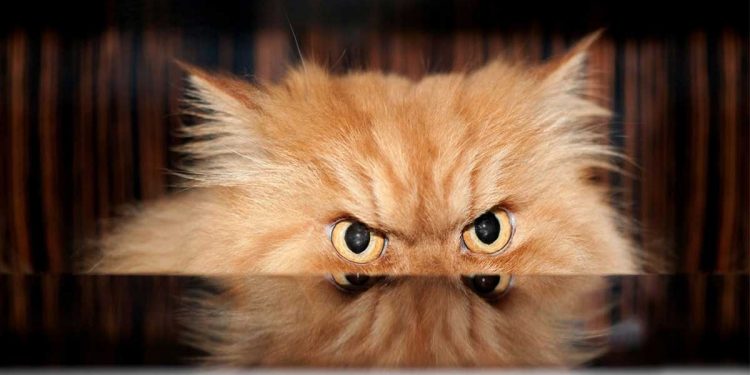 If you’ve ever thought your cat behaved somewhat oddly, here’s the answer: maybe he’s a psychopath. A new study developed by British scientists from Liverpool analyzed the behavior of cats with the participation of 2,042 owners and the findings were disturbing.

So the expert panel determined that “it’s likely that all cats have an element of psychopathy,” a disorder that lead researcher Rebecca Evans says was once helpful to the ancestors of our pets. “In terms of acquiring resources such as food, territory and mating opportunities,” the doctor commented.

The work was published this month in the Journal of Research in Personality and focused on five main aspects of cats.

British scientists have measured fearlessness, which is linked to social dominance and low levels of fear; disinhibition, which refers to problems with self-control; evil, characterized, for example, by a lack of empathy; antipathy towards other pets and the same pattern but towards humans.

The results were based on the survey carried out in the form of a test, which included 46 statements with which the owners of the felines had to characterize their pets in one way or another.

“My cat torments its prey instead of killing it directly”, “my cat vocalizes loudly for no apparent reason” or even “my cat is very excitable” are some of the sentences present in the test with which the researchers sought to evaluate the psychic state of felines.

“The results provide insight into the structure of triarchic psychopathy in cats,” the study concluded, referring to the triarchic model, which defines psychopathy as a disorder composed of three main traits: boldness, disinhibition and pettiness.

The tool used by scientists at the University of Liverpool and Liverpool John Moores University to assess the mental stability of cats is the first of its kind to detect psychopathy. They called it CAT-Tri+ and, according to the authors of the research, it could be useful in improving the relationship between the cat and its owner.

“A cat with a high score on the fearlessness scale may benefit from tall cat trees and tall scratching posts, as the elements of CAT-Tri+ suggest that a fearless cat likes to explore and climb,” Evans explained. from the University of Liverpool.