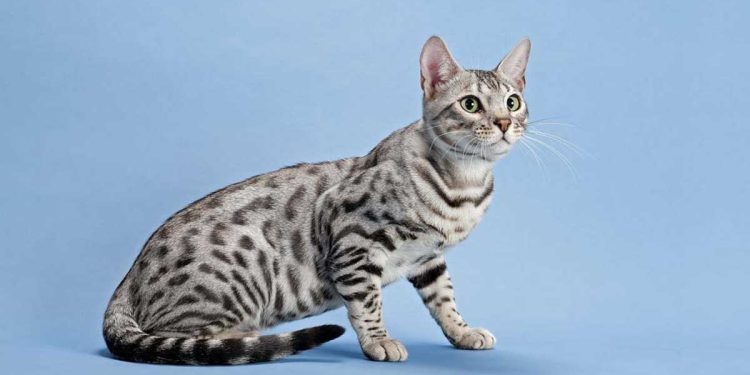 The Serengeti breed was created with the goal of breeding cats that have an appearance reminiscent of the wild African serval cat. There is another breed of cats that resembles a serval, it is the Savannah, and the serval itself participated in its breeding. But the Serengeti breed was bred without the participation of the serval, only domestic cat breeds participated in breeding programs.

The Serengeti cat is a “mix” of the coloring of wild cats, tender affection for a person and active behavior. With such a pet, there will certainly be no time to get bored! Appeared in 1994, these animals are considered quite rare. What’s so amazing about them?

Characteristics of the Serengeti Cat

An affectionate, kind and friendly pet that loves its family very much and is attached to it with all its feline soul – this is the Serengeti breed. In him, each member of your family will find an affectionate friend and a faithful companion. They are smart, understand not only the emotional state of the owners, but also their requirements, and usually do not cause special problems. These cats lack innate aggression, and treat everyone well by default, only changing their attitude if they see a negative message and hostility.

The Serengeti cat breed is medium in size, has long, slender legs, a graceful, muscular physique. The ears are slightly larger than average, the muzzle is wedge-shaped, the neck is long, the eyes are large and expressive. There are 3 main coat colors – brown tabby, black with spots, and silver with black spots. The average life expectancy is 10 to 12 years.

The Serengeti, as we said above, has all the best qualities of domestic cats. These cats are affectionate, affectionate, able to sense the emotional state of the owner and his family members very well, and love to be around you, whatever you are doing. It can be said that they are very sociable pets who love the company of close people, as well as other pets and get along with them without problems, if they do not encounter counter-aggression.

They have good hunting instincts, which goes well with their appearance. These cats do not like to be alone, especially for a long time, often away for a long time, even if it is everyday work. Ideally, it is recommended to start in a family of several people and, if possible, to live in the private sector – this will ensure maximum freedom, and the cat will almost never be alone.

They treat children well, love to play, have a high energy level, but are not harmful and moderately playful. Serengeti cats perceive a change of residence quite difficult – it takes some time to adapt to a new place. By the way, they may feel uncomfortable even if you rearrange the furniture in the house.

To date, there are no data on genetic propensities for various serious diseases, especially due to the novelty of the breed. An exception may be gangliosidosis – in this regard, breeders are advised to carry out DNA tests. In general, the Serengeti cat breed is a healthy animal, with good immunity and metabolism.

The Serengeti is a short-haired cat and needs weekly brushing. Also, you need to clip the claws once every 10 days, bathe the animal regularly – on average once every 2 months, clean the eyes and ears from dirt and brush the teeth at least three times a week.

The Serengeti is a relatively new and rare cat breed that first appeared in the 90s. It was developed by Karen Sausman, breeder, conservationist and biologist. The main idea was to create a breed that would combine the best qualities of domestic cats – kindness, intelligence, love of people, while having the appearance of a wild African serval cat.

Here a pattern appears – for sure she crossed Servals with European or American Shorthairs, but this is not the case. The Serengeti have no serval blood at all. The Serengeti cat breed comes from the cross between Bengal and Oriental Shorthairs. Within a few years, the Serengeti started to catch on and other breeders from around the world also joined the breeding program. The breed is registered with TICA as a new breed, but the GCCF has not yet recognized it.