Size And Weight Of Cane Corso Puppy By Month 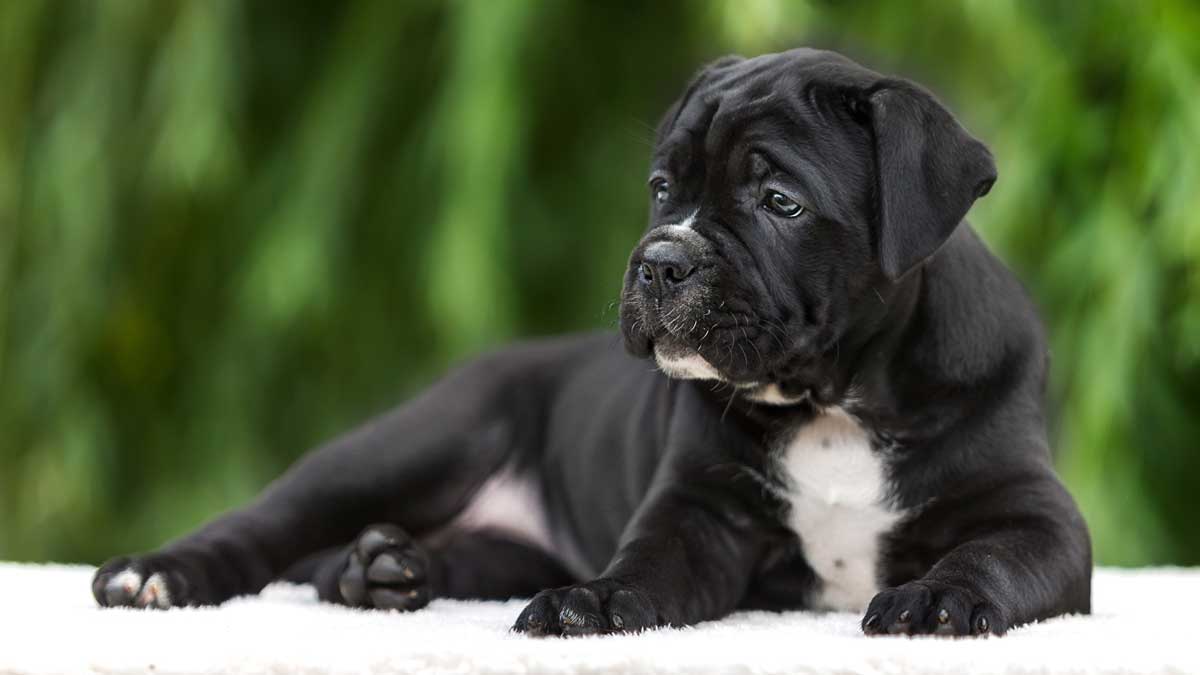 The Cane Corso puppy size and weight chart on its own is not enough to understand whether your puppy is developing properly, that is why in the article we will not only give it, but also tell you in detail about the growth of Cane Corso. Every month, every week and even every day of a baby’s life is full of new discoveries.

It is a great pleasure to see a small puppy grow into a strong and noble dog. But it is important to know what he should be capable of at a certain stage, since deviations from the norm can speak of illness or psychological problems.

Height and weight per month

Before discussing all the nuances of the evolution of the Cane Corso puppy, let’s note the main points. They can be made as a kind of reminder.

When the Cane Corso puppy was born, all of his worries were sleeping and eating. The only thing that the owner should be careful of is that he does not stay hungry, as well as watch the puppy’s weight.

Even if he was born plump, that doesn’t mean he is the strongest and healthiest. If then he does not gain weight well, that is an alarming signal. Such a puppy is either malnourished (then the owner’s help with feeding is necessary) or sick. Either way, over time it will start to lag behind in development.

The weight of a newborn can range from 300 to 700 grams. It depends on the number of siblings: the more puppies there are, the more compact they are.

After 12 days, babies should fully open their eyes. They see poorly so far and mostly move around each other and towards their mother. They will not start hearing until they are three weeks old. This can be seen by observing how the puppies begin to respond to sounds, especially loud and harsh sounds. But they can already see well, they stand up with confidence, and can eat soft and mushy food on their own.

You may be surprised, but from a month you can already start raising a baby – conditioned reflexes are formed in him. Only you need to carefully communicate with him, because he is now the most vulnerable. If your puppy is weaker than the others, protect him. So aggressive, sit, but gently.

After 8 weeks, the little Cane Corsos first show individual traits, and you can see who is sleepy, who is the leader, and who tends to be mean. Little by little, you need to expand the living space of the puppy. You can take him briefly to the yard in your arms to familiarize him with the world around him.

At two months, the puppy should weigh between 6 and 9 kilograms.

From 12 weeks it is important to start socializing a small Cane Corso puppy, otherwise he will become withdrawn and shy. Make sure you introduce it to other dogs and other people. Let him see that the world is kind to him, then he will also become sociable and cheerful.

Now the puppy is more curious than ever. Is the rain coming? Costs ! Is there a vacuum cleaner around? We have to study it. Has a car passed? Hurry up and run to watch it! At three months old, the Cane Corso puppy is a tireless and fearless explorer, and the owner’s task is to make his discoveries joyful, not frightening.

The baby’s interests are changing and at 2-3 months he can be safely weaned from his mother. He wants to study, which means it’s the best time to train.

At this age, males and females begin to gain weight in different ways: for the first, the norm at three months is 12-14 kg, for the second – 10-13 kg.

From 4 to 6 months, the puppy begins to think about the hierarchy in the family, looks for its place, tries the owners by force. This is normal, especially if you have a male dog. Remember: to be recognized as the main one you need to gain authority, but in no way intimidate the poor animal.

For the first time ever, a baby “feels his cock” and shows sexual interest, hopping on the owner’s leg and on other dogs.

From eight months to one year

Like humans, pubescent dogs have a time of protest, disobedience, and self-demonstration.

Now the puppy can refuse to obey orders, rebel against your requests and sometimes growl. Sometimes the dog begins to be jealous of the chosen family member for others, including children. When walking, he “freaks out”, does not run at all where you take him.

Surprisingly, at the same time, he is very shy and sensitive. Sometimes it seems like he’s been back to a two-month-old baby again, never seeing other dogs or strangers in his life.

The owner will struggle during this time, as there is a need to strike a balance between the rigidity needed to suppress aggressive behavior, and kindness so that the teenager Cane Corso does not feel rejected. In short, everything is like a human being.

After a year, up to 3-4 years, the personality of the Cane Corso continues to form, just like the body. Some character traits may change, and if you give the dog for mating, after that he will feel macho will again try to push the owner off the “pedestal”. As always, you must be firm, yet loving and patient.

How is your Cane Corso puppy developing? Let us know in the comments.

A Boy Saved A Puppy, Took Him To The Vet With His Savings And Adopted Him