Somali is a cat of average constitution: firm, agile and with a good musculature. The head is shaped half-wedge with soft contours. The ears are well separated and have tufts. The eyes are almond and are separated. The eyes are surrounded by a lighter outline that stands out against a dark background. They can be amber, hazelnut or green; The heavier the hue, the better.

The legs are long and have oval claws with tufts. The coat is of medium length. The hairs, thin and soft, are dense, but fall directly on the body.

The Somali cat can have 28 colors. The most common is a rich golden brown with an apricot-based fur alternating with black in each hair.

The original introduction of the long-haired gene occurred in Britain and the Abyssinian carriers of the recessive gene were exported to Europe and America. The systematic breeding of Somali began in America.

Somali cats of medium or large size, harmonious physique. The weight of an adult cat is from 3 to 5 kg.

The head resembles a wedge with a well-defined transition from forehead to muzzle. The contours of the forehead and cheeks are soft. The ears are large at the base wide, slightly pointed at the ends. Usually the auricles are directed to the sides.

The eyes are large and expressive, almond-shaped, with dark contours on the eyelids. Eye color can be amber and green.

The coat is thick. soft, silky, double, medium length on the abdomen longer than on the back. The bristles are shiny, the undercoat is soft with a more intense warm color. Inherited from the Abyssinian cat, the Somali received a special coat color – ticking. The hairs are colored in two colors, darker and lighter, which alternate, the more stripes on the hair, the better. These strips are evenly distributed on the body and do not form a pattern. There is only a line in the middle of the back, the tip of the tail and a more intense color of the paws. There is no ticking on the chest and abdomen.

The color of the Somali cat is diverse. Golden brown with black ticking is considered common, there are also turtle, red, chocolate, blue, purple and beige.

Cats of this breed are cheerful, positive and playful. The playfulness of these cats persists throughout life. If you do not have enough time to play with them, give them toys and they will entertain themselves.

Somalis belong to breeds with almost no aggression. They are smart, loyal and feel good in families with children, they will be happy to be friends in games. Representatives of the Somali breed are easy to train, and they will hug you with their paws without claws and without any training.

Somali cats feel the mood of the owner. They are quiet and unobtrusive when you are busy. However, they do not tolerate loneliness and restrictions on freedom, such as cages, small rooms in which they can be closed, which can adversely affect their health and cause neurosis.

They have a reputation for being silent, especially when compared to Abyssinians. They meow very rarely, their voice is quiet and pleasant. But they purr often, they can turn on the “motor” only because you paid attention to them.

Caring for cats is not difficult. Their fur is almost not tangled and does not get lost in the buttons. Salivation in Somali cats is almost imperceptible.

The Somali cat should be combed once a week. Wash -when the animal’s fur, according to the owner, became dirty.

The Somali cat especially accuses the cold, so excessive exposure to low temperatures can cause it to appear apathetic and without energy. Furthermore, this feline is prone to colds and other associated conditions that can break their health.

Therefore, if you live in places where the cold and rainfall tend to predominate, it is advisable that you acquire another breed that is better adapted to this environment.

Somali cats hardly have genetic defects. However, a propensity to contract chronic gingivitis (an inflammation of the gums) or kidney problems has been observed in these animals, although the percentage of those with these diseases is not very high.

Even so, these aspects must be taken into account since you should be attentive to them and go to the veterinary specialist at the first symptom of any problem.

Despite everything, the Somali cat is one of the strongest and healthiest cat breeds that exist, with no characteristic conditions, so they will generally be in good health.

Finally, and as in other cats with long or semi-long hair, the Somali cat sometimes suffers from bezoars in its digestive system, which can be eliminated naturally through an additional supply of paraffin or malt.

Somali, like every cat, is unique and has its own food needs.
However, cats are carnivores and each cat must get 41 different specific nutrients in their food. The proportion of these nutrients will vary according to age, lifestyle and overall health.

It is therefore expected that a growing energetic kitten will need a different nutrient balance than a less active older cat.

It is necessary to pay attention to the amount of food necessary to maintain an ideal physical condition according to the guidelines for food and individual preferences with regard to the type of food (wet or dry).

Basic care of the Somali cat

For the maintenance of its coat, it is enough to brush it every 8 days although in the molting stage it is necessary to do it daily so that it does not get tangled and knots are formed. As with other breeds of cats, the Somali cat requires care related to hygiene such as cleaning eyes and ears, cutting nails and frequent bathing.

In addition, it is important that you monitor the vet, especially to establish a schedule of vaccines, examinations and their corresponding deworming.

As for your diet, it must be healthy and balanced, based on meat, including leftovers. 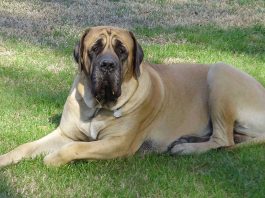 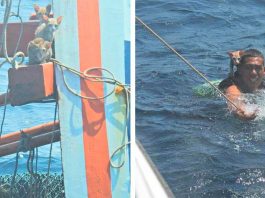 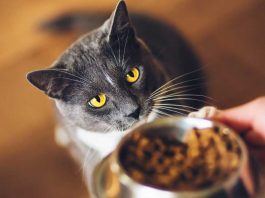