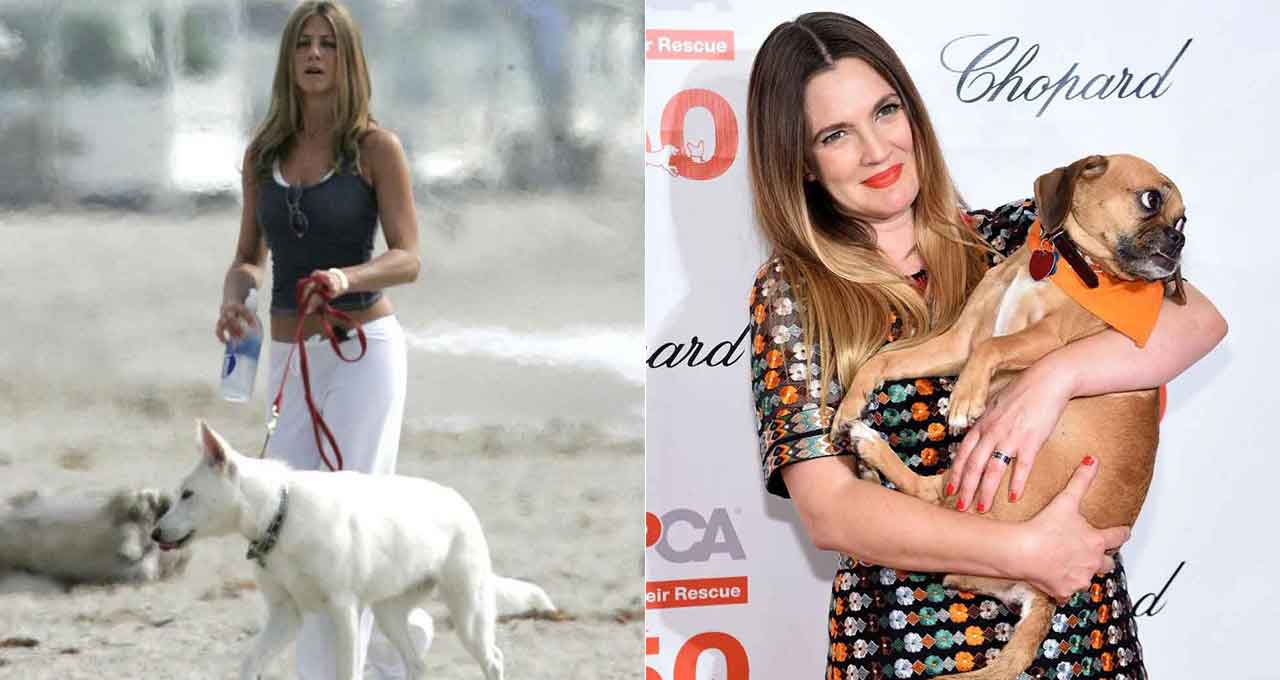 Despite the busy schedule of popular actors and directors, many of them have pets at home, and celebrities often share charming pictures of their favorites. We have prepared for you a selection of photographs of movie stars and their dogs.

Some Hollywood stars PR at the expense of their thoroughbred pets. Others really love animals and take dogs from shelters.

Catherine Zeta-Jones acquired the Maltese Figaro lap-dog for her children. However, the actress became attached to the pet more. She takes care of him, walks and even takes to social events.

Eva Green loves the Griffin Border Terrier. She hides her personal life from prying eyes, but this does not apply to her pet. The actress regrets that she has to part with Griffin, since not all trains allow animals to enter.

Josh Hartnett is proud of Iggy’s clever dog. The dog is a mestizo of the Boston Terrier. She has a playful character and likes to attract the attention of others.

Paris Hilton prefers pocket dogs of the Chihuahua breed and Yorkshire terriers. The actress comes out with 4 animals: 3 Chihuahuas and 1 Yorkie. But they say that in her house she holds 17 dogs, for which she is building a separate mansion in order to comply with the law.

Paris loves hers dogs so much that she spares no money for them. And when the thieves robbed the actress’s house with her favorite Tinkerbell, the celebrity did not bargain and paid the kidnappers 5 thousand dollars.

Miley Cyrus acquired the breed of Siberian Husky. When Floyd died, the celebrity grieved for a long time. She even dedicated a concert to her beloved pet and filled a tattoo with his name. For a very long time, Miley did not start dogs, but now she has several pets.

Drew Barrymore has not parted with a mongrel and Labrador since childhood. Once Flossi saved the actress from a fire, waking her with a loud bark. And Douglas became the real bodyguard of her daughter.

George Clooney has been living for 10 years with the French bulldogs Bad and Lou. Initially, he bought them as a gift from his beloved, but she did not take them at parting. In 2010, the celebrity took from the shelter 5-year-old cocker spaniel Einstein, who fell in love with Italian dishes. Later, Clooney and his wife Amal sheltered two more dogs: 5-year-old Cocker Spaniel Louis and 4-year-old Basset Hound Millie.

Charlize Theron encourages people to take dogs from shelters. The street actress picked up many dogs: a Cocker Spaniel, a Pit Bul and some mixed breeds . Surprisingly, the dogs became attached not only to Charlize, but also to her adopted son.

Jennifer Aniston took Dolly from the shelter in 2006, a German shepherd crossbreed. The actress does not stop talking about the abilities of her pet, which, according to her, is awarded a star role.

“Legally Blonde” not only in the movie adored dogs; the performer of her role, Reese Witherspoon – a real fan of these animals. She has three dogs at home: the French bulldog Pepper, the Labrador Hank and the German shepherd Nashville. Reese often shares their photos.

The beautiful Kate Hudson also has two dogs: one is an Aussie breed named Cody, and the other is Shih Tzu Valley. She does not dwell on them, regularly shares cute photos and even plans to build several shelters for homeless animals. Kate considers it necessary to take care of those who are unlucky to find a loving family.