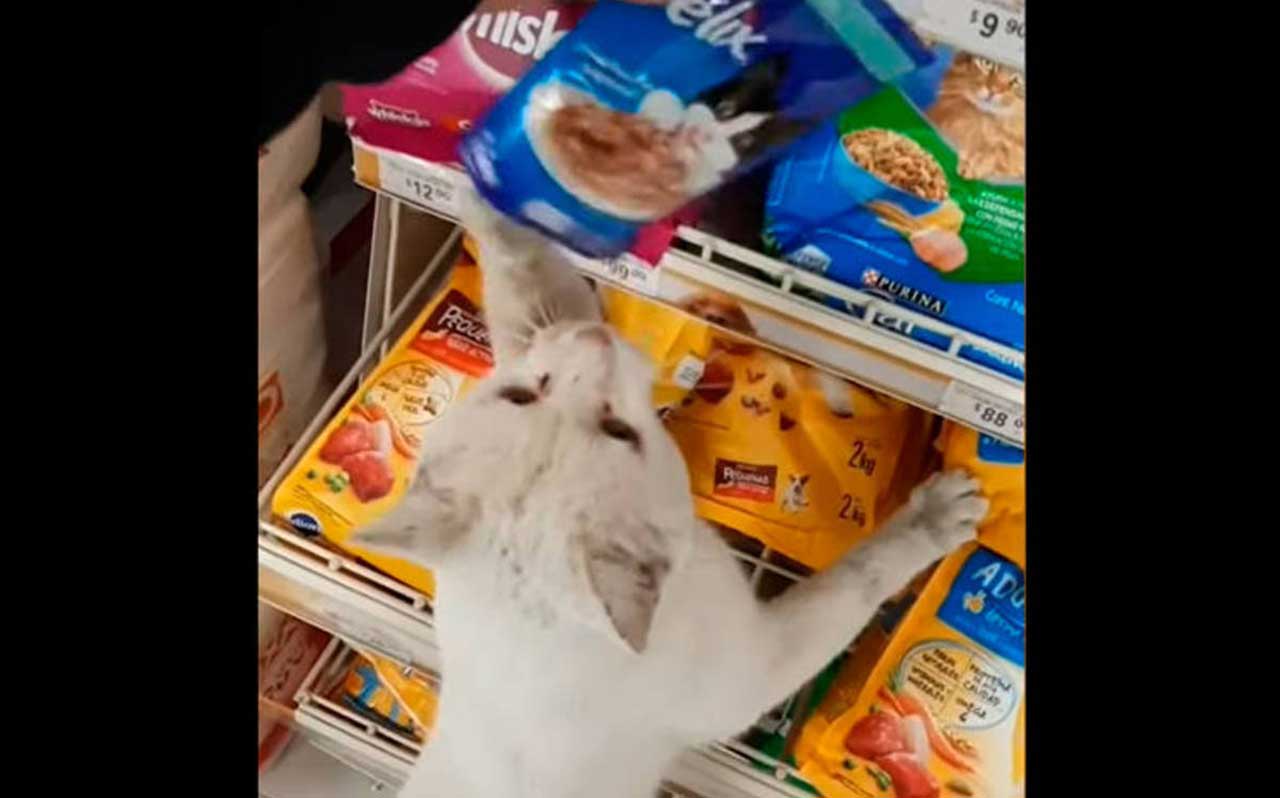 A Mexican teacher adopts Conejo, the cat that was found at the door of a food store and guided him to his favorite food.

His new name is Conejo which means Rabbit, but he is a cat and lives on the street. Life is sought to survive in the city of Piedras Negras, in Mexico, near the border with the United States. And it is not easy for her: there are hundreds of animals that, like her, live on the street and have to fight for every bit of food if they want to stay alive.

But Conejo has two great characteristics that make it different from other stray cats. On the one hand, it does not have a tail, something different from the rest of the animals it shares the street with; and, on the other hand, he is very intelligent, something that is allowing him to survive in a time as complicated as the one we are going through.

It has been verified by Tania Lizbeth Santos Coy Tovar, a 33-year-old woman who is a teacher at a school in Piedras Negras. Last week she was heading to a supermarket in her city to do her weekly shopping when she found Rabbit at the door. The cat stared at her, then decided to escort her into the store.

Tania Lizbeth realized from the first moment that Rabbit was a special cat, so she took out her mobile phone to record her encounter with the animal. But the best came later, when the cat went with the woman inside the supermarket, accompanying her to the shelf where the cat food products were found.

Tania Lizbeth not only bought the bag that the cat asked for, but she has also adopted Rabbit

Once there, Tania Lizbeth went through the different possibilities, but when he picked up a certain package, Rabbit began to jump little, indicating to the woman that this was his favorite food. The cat had been able to take this human to the place he wanted to buy him the food he needed.

The teacher has taken the cat to live in her house so he will no longer have to interact with other humans to buy him favorite food at the supermarket. A demonstration that more intelligence can get us out of any trouble.