The Cat Lost His Ears, So the Shelter Volunteers Made Him A New Pair 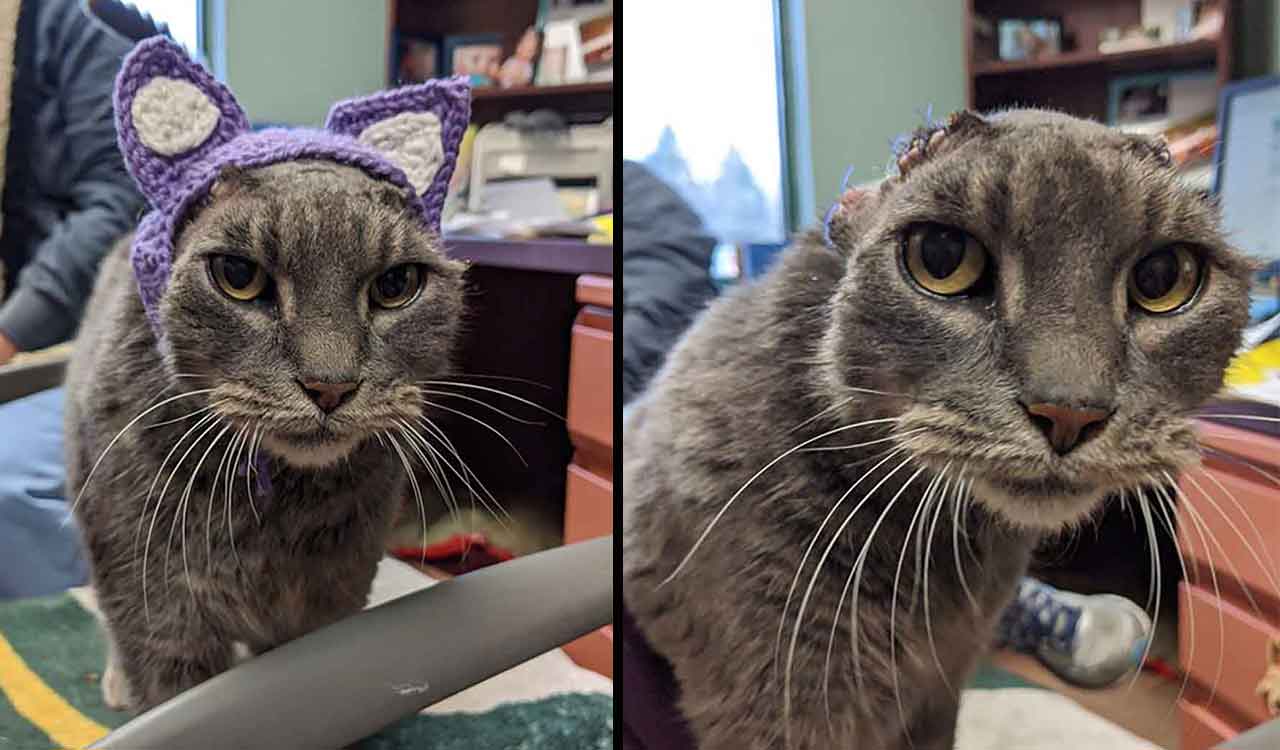 The cat lost his ears because he suffered from a serious infection, luckily a shelter volunteer made him a new pair, he looks adorable.

A homeless cat named Lady was found on the streets near Madinson, Wisconsin (United States) in early December, Rescuers took her to the Dane County Humane Society, to receive the necessary attention.

As soon as she arrived at the shelter, they noticed that the cat Lady was complaining of pain, so they started to carry out tests to find out what he was suffering from.

After performing the corresponding examinations, the veterinarians determined that the problems came from his ears.

“Our veterinarians did a thorough examination and determined that Lady had chronic ear infections and bruises in both ears.”

Because the infections were very advanced and the pain felt by Lady was unbearable, they concluded that it was best to remove her ears.

Lady was taken to surgery and the entire recovery process was performed in the vet’s office, where the cat received 24-hour care.

As the days went by, the pain disappeared, the cat began to listen better and began to carry out the daily activities of a healthy cat. It was time to go back to the shelter, and everyone was happy to see her and fell in love with the cat without ears.

“Lady is such a sweet cat. She loves hugs and hugs, and our staff and volunteers really enjoyed spending time with her while she was recovering.

When the cat had fully recovered, it was time to find permanent accommodation, but the shelter staff feared that the lack of ears could frighten the adopters.

It was then that Ash had a great idea, decided to use his skills in hand knitting and created cute crochet ears.

“We were concerned that her adoption process would take longer because it seemed fun, so I decided to use my crochet skills to help her stand out with an adorable hat with purple ears.”

When the ears were ready, Ash gently placed them on Lady’s head and took several photos and the shelter staff posted them on Facebook. The users reacted immediately and filled the post with positive comments.

“Our staff and volunteers thought she was so cute with her new ears, and we also had many positive reactions from our followers. Lady was adopted the same day she was available for adoption, thanks to her photo on Facebook with her ears hooked!

Lady generated so much tenderness with her woven ears, that the same day, someone asked to adopt her, now she is happy installed in her new house.

Everyone was happy that the cat in particular found its happy end, we wish that Lady will be surrounded by love forever.