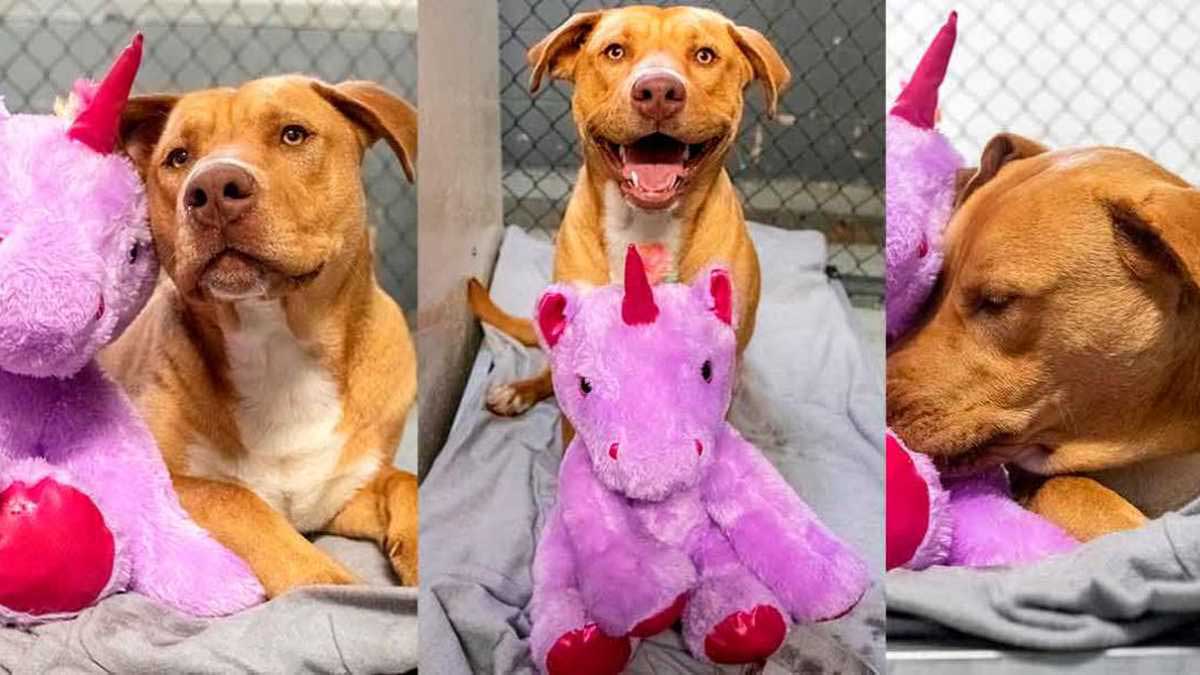 The owner of the establishment called a shelter to take care of the animal, but the unicorn ended up changing his life

Kenansville is a small town of just 1,000 inhabitants in the North American state of North Carolina. There is a Dollar General franchise there, a multiproduct store that, for days, received a visit from a very particular thief. His name is Sisu, he is one and a half years old and is a stray dog ​​who had fallen in love with one of the toys of the establishment.

Up to five times Sisu tried to steal a stuffed toy in the shape of a unicorn. The store manager finally decided to contact Duplin County Animal Services to take care of the dog. What the man did not expect is that he was going to change the life of his particular thief.

On March 22, one of the animal service agents was in charge of picking up Sisu from the store where he went to try to steal the unicorn. But that agent was so sorry that he ended up buying the unicorn with his own money and giving it to Sisu so that she could be with him for as long as he was in the shelter.

That same day, animal service officials posted photos of Sisu with his new toy on their Facebook page announcing the possibility of his being adopted. And he was so successful on social media that in just three days they found a family with whom Sisu can spend the rest of her life.

Those responsible for the animal shelter called Mary Shannon Johnstone to take some beautiful photos of Sisu and upload them to her page in search of a foster family. But as published by CNN, the family that was going to take care of the animal appeared in much less than they expected … and of course, the unicorn from which Sisu never separates.

From the shelter they assure that Sisu is very affectionate, sociable with other pets and obedient to people. Now, his new family will give her a second chance with his favorite toy. Never being so obsessed with stealing a toy has had such positive consequences for a dog.