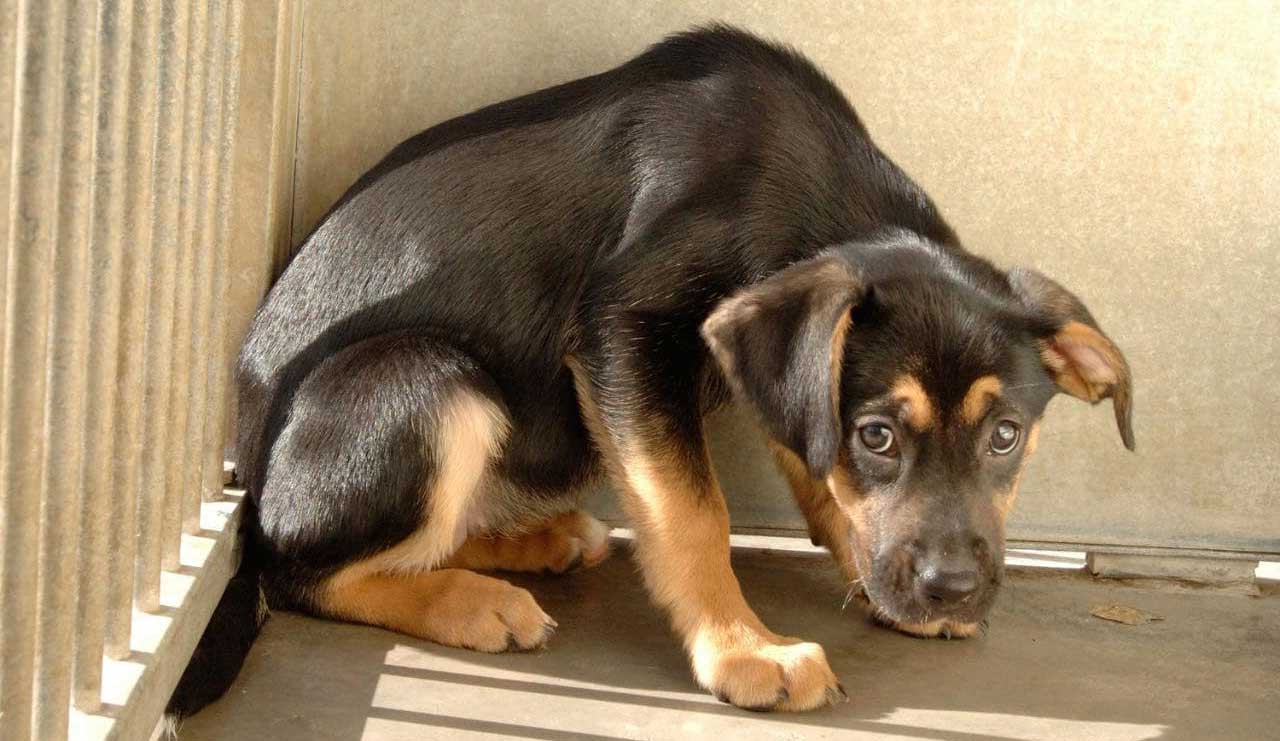 Dogs, like humans, can have a variety of fears and phobias. They can be caused by a variety of reasons, including lack of experience, genetics, or psychological trauma. A frightened dog will show signs such as trembling, hiding, drooling, barking, destructive behavior and, in some cases, aggression.

Astraphobia is a fear of thunder that is very common in dogs. It manifests itself differently in different dogs. Some may have a slight fear of thunder. In this case, the dog trembles, presses its ears to its head and hides its tail during a thunderstorm. Other dogs have a much more severe phobia and hide, ruin things, or lose control of their bowels or bladder.

Dogs sense the approach of a thunderstorm long before humans even notice it. This allows many dog ​​owners to understand that a thunderstorm is coming soon, as the dog begins to show signs of anxiety minutes or earlier.

Fear of fireworks is another common canine phobia. As with thunderstorms, loud and unpredictable sounds and flashes make many dogs tremble with fear. Some dogs can be cured of phobias by slowly accustoming them to the sounds of fireworks. Other times, you will have to look for other methods to deal with your fear. Dogs with severe phobias may need anti-anxiety medication.

The fear of being left alone at home is called separation anxiety. Dogs that suffer from it become destructive as soon as their owners leave the house. They can spoil things, bark endlessly and go to the toilet in places not intended for this.

To ease the dog’s fear of loneliness, the owner needs to change his behavior. For example, changing his habits before leaving home and staying low-key when he leaves and returns home. This can partially alleviate the dog’s anxiety. Desensitization, which is the process of slowly getting the dog to be left alone at home, can also help combat separation anxiety.

Dogs are often afraid to go to the vet. The first visit to the doctor usually includes strange odors, unusual handling, holding, and discomfort when they are vaccinated. No wonder dogs can be intimidated by hospitals. If the dog has no other fears, it is worth bringing it to the vet for routine communication without examinations.

5. Driving in the car

Many dogs are afraid to ride in a car. Fear is usually caused by a lack of experience with driving or unpleasant associations – for example, if the dog was taken in a car to be left at a shelter, or when it is only taken to the vet. Fear of travel can be overcome by using rewards, treats, and praise – slowly lure your dog into the car for a start, and gradually prepare him for travel.

The dog owner may not realize that he is afraid to go up and down the stairs until he starts to balk as they approach the stairs. This fear almost always arises from a lack of experience at an early age. If the dog has never encountered stairs as a child, it may later develop a fear of stairs.

To overcome it, for some dogs, it is enough to turn everything into a game as you go down and up the stairs one after another. Other dogs will have to learn to walk up the stairs literally step by step, using all possible rewards.

Surprisingly, many dogs are afraid of men. In some cases, this fear can be caused by the experience of violence, but more often it is due to a lack of socialization. Dogs with this fear have to slowly get used to friendly men. Be aware that a frightened dog may growl, break things, or bite someone he is afraid of.

Fear of strangers is similar to fear of men, but in this case the dog is afraid of everyone it does not know. This problem is difficult enough to overcome, because it is impossible to teach a dog to accept every new person. It is important not to force your dog to communicate with strangers. She herself will approach them when she is ready, while coercion can cause aggression.

Dogs develop fear of children for several reasons. One of them is the lack of contact with children at an early age. It is not uncommon for people to have pets before becoming parents. If your puppy does not live under the same roof with children, he will not have the opportunity to get used to them.

Dogs also often have negative experiences with children. Even if the child has good intentions, the dog may perceive his behavior as a threat. Dog owners who are afraid of children should seek the advice of a dog trainer or psychologist who can help combat this phobia.

Many dogs develop a phobia of certain objects: vacuum cleaner, holiday decorations, children’s toys. Very often, this fear is easy to defeat, since many objects can simply be removed from the field of view. However, in some cases it is not so easy.

For example, if your dog refuses to walk past a monument on the street, or if he starts to shake and worry every time you need to vacuum the carpet. In this case, it is worth slowly accustoming the dog to the objects of which it is afraid, using various rewards and praise.