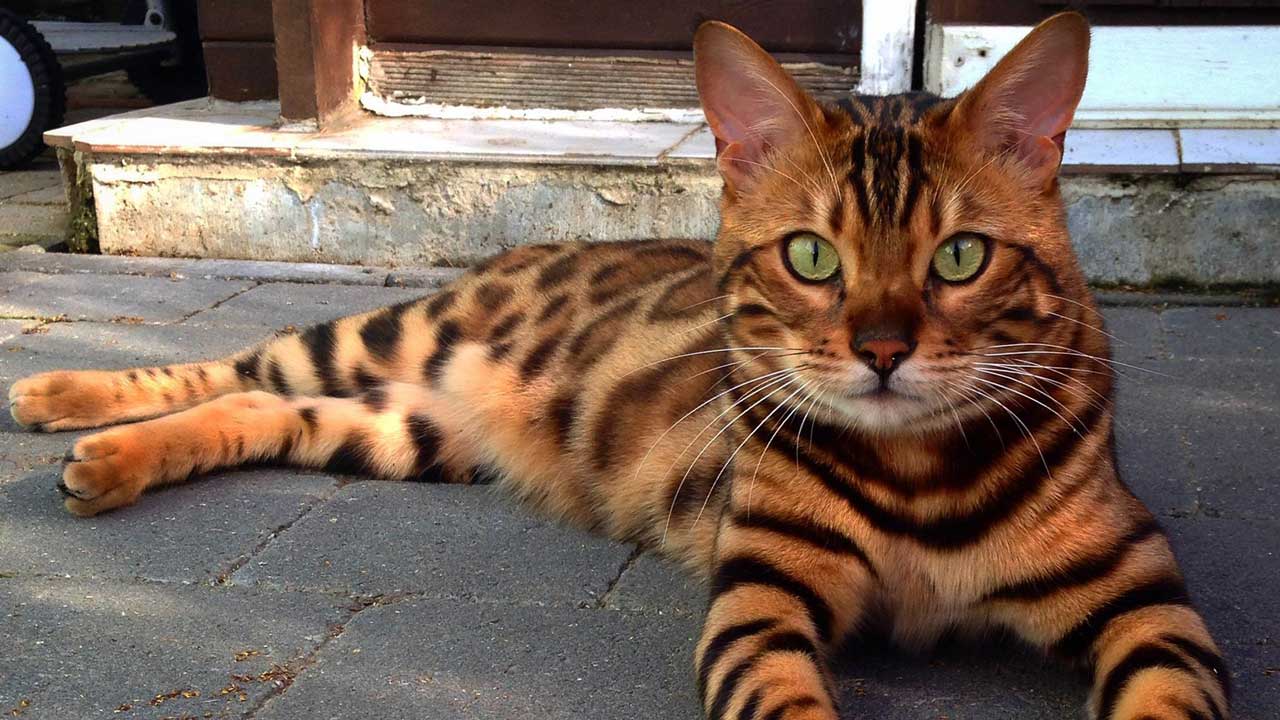 “When you consider how many cats are fighting for their lives in shelters right now, it becomes almost impossible to justify spending thousands of dollars to buy a cat just for its designer prints.”

Rani Cucicov and Hilde De Coster, a Belgian animal-loving couple, were looking for a cat to add to the family, but were concerned that it would not get along with their dog. They then settled on one of the famous Bengal cat breed, who have a reputation for getting along with canines, as well as being very active, playful and friendly. They never imagined that their “Thor” would become famous on the internet for his particular beauty.

When their photos went viral, people started writing to them to find out how to get a similar cat.

Cucicov and De Coster were mindful when choosing where to buy Thor. They searched for a long time on the internet and tried to avoid “factories” of dogs and cats. They ended up finding Thor in Holland.

But not all animals are so lucky.

There are other stories, such as that of Kevin Cheng, a man in Australia who had a breed cat farm which was dismantled by the police when the poor condition in which he kept his animals became known.

Of the 72 Bengal cats found, babies and adults, 30 were so ill that they had to be euthanized.

For his crime, Cheng had to pay $ 31,798 and could not own or operate an animal-related business for 10 years. One of the cats found was named Bahiya Aussie Ripies, a show champion cat that would have been imported from the United States. It was one of the cats that must have been put to sleep.

Kevin Cheng plans to go back to work importing and selling cats.

Probably not all cat farms are as terrible as Cheng’s, but regulating them is very difficult. According to Animals Australia, cat farming operations in general lack transparency and there is a lack of oversight, which combined with the actions of unscrupulous cattery can turn into a life of deprivation and chronic boredom at best. for cats and their babies and, at worst, a living nightmare.

“We don’t want flares to be bought for their looks and then when people get to know them and see how active they are, they won’t want them.”

In fact, the Wild Cat Sanctuary in Sandstone, Minnesota receives about 20 calls a month from Bengal cat owners who can no longer handle them. Bengal cats can have health and behavioral problems due to their hybrid genes, which include severe toilet training problems.

Thor owners recommend that those who want to adopt, start looking in shelters for other types of cat.

Others have strong criticism about buying Bengal cats.

“They are the result of forced breeding between domestic cats with Asian leopard cats (…) and as with other cat hybrids, breeders are trying to produce a cat with the distinctive markings of a wild cat, but the temperament of a domestic cat”. –Susan Bass from Big Cat Recue a The Dodo.

“When you consider how many cats are fighting for their lives in shelters right now, it becomes almost impossible to justify spending thousands of dollars to buy a cat just for its designer prints,” adds Susan.

In addition to Thor, Cucicov and De Coster take care of stray cats that live on their street, feeding them daily and creating a shelter for them in their backyard.

” All animals deserve to be protected ” they said.