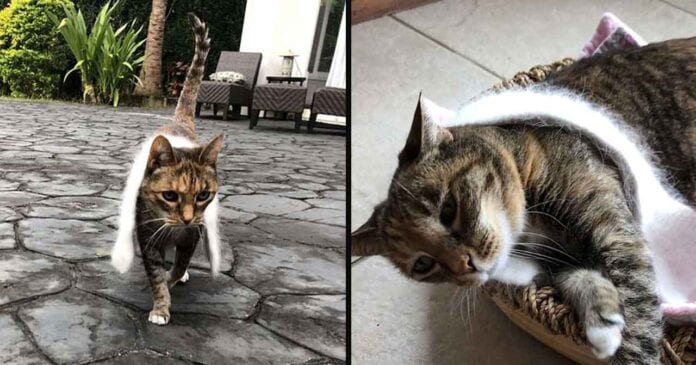 Cinnamon is a cat obsessed with wearing her beautiful white scarf at all times, a gift woven with much love for her human sister

Cinnamon, a 17-year-old cat, knows when something is good for her, just by looking at it. So when she saw her human sister, Ella Parsons, knitting a soft and beautiful white scarf, she was completely thrilled.

The cat never imagined that the soft scarf would one day be hers, but thanks to the end of the knitting yarn, plans changed.

“During the quarantine, my sister was bored, so she decided to knit a scarf with a really nice cashmere thread that she had. However, she ran out of thread and the scarf was very small.”

That was how Callie and her sister decided to give Cinnamon the little white scarf, and see how the cat would act with her. In fact, they did not know what reaction to expect from the cat, since she had never shown a particular interest in wearing some type of clothing.

But something curious happened, and from the moment Cinnamon looked at and felt the soft white scarf, he fell completely in love with it.

“Cinnamon fell in love instantly and now uses it all the time. She just likes to sleep, curl up in the scarf and wear it throughout the house.”

The cat is so comfortable with the scarf that she refuses to take it off, whether she’s playing outside or taking a nap.

“I think Cinnamon loves her scarf because she had never received a gift like that before. We always give him little treats and toys, but never something like a blanket.”

The gift made by her human sister could not have come at a better time, since she is an older cat and likes to sleep a long time.

Cinnamon also watched as the scarf was knitted by his sister, so he can feel the love with which it was made.

Since then, the cat has been obsessed with her small white scarf and intends to use it for all the activities she develops.

“She loves her scarf and is angry if we try to take it off. If it falls, wait for us to put it back on.”

Seeing this attitude, Callie decided to make a video and published it on Tik Tok. In one week, the video achieved more than 600,000 likes.

Cinnamon now has thousands of fans, but surely no one is as fanatic as her beautiful white scarf. 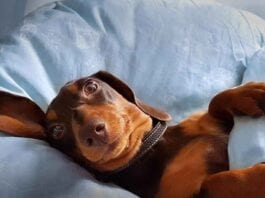 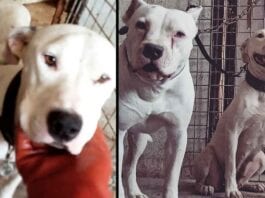 Blanca & Blanco, 2 Rescued Dogs Who Went From Living In... 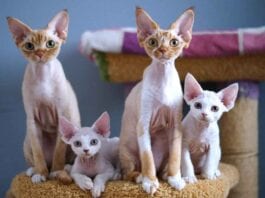