The Toy Poodle is a noble dog with a thin snout and a thin neck. Its fur is abundant, curly and generally molded. In addition, it is available in a wide variety of colors, including blues, grays, silver, browns, apricots and creams.

The toy poodle is one of four varieties of poodle dogs that exist. It is the smallest of the four, and is a well-known breed due to its portable size and curls of its hair, which is gaining popularity in many countries as a favorite pet.

According to some historians of the breed, the poodle has its origin in the mixture of other dog breeds, in particular the Maltese bichon and the spaniel, because it has certain characteristics typical of both breeds. In any case, there are three countries which seem to be indicated as places of origin of the poodle, namely France, Russia and Germany.

The dogs bred in these countries differed in purpose and breeding, being in Germany animals intended to collect coins during hunting, in Russia companion dogs and in France animals intended for fashion shows because of the creative possibilities of their fur.

Over time, the poodle became the favorite dog of royal families of the time, and its triumph as a pet was assured by obtaining the smallest sizes of the breed. Thanks to the crossing of several generations of standard poodles, the variety of dwarf poodles was produced in the 18th century. From there, efforts focused on getting an even smaller dog, giving birth to the toy poodle, which was only recognized as its own breed in 1984.

In essence, all varieties of poodle are the same in terms of characteristics and behavior, although there are important differences that exceed the size of the adult dog, such as their life expectancy or their training to make a certain type of ‘exercise.

Characteristics of the toy poodle

The characteristics of the toy poodle are easily recognizable. It is an animal of square structure and harmonic forms, agile and athletic. It has a unique way of moving, very elegantly, while shaking the coat of hairs which is one of its characteristics. The average life expectancy of the toy poodle is more than 15 years, which is notably higher than other varieties of the same breed.

The measures of the toy poodle are very small. The height at the cross of the toy poodle is less than 28 centimeters, a playful little animal that adapts to life in very small spaces, which weighs no more than 3 kilos. There is not much difference in size between a male and female poodle dog, although female toy poodles are always a bit smaller as a rule.

One of its most important parts is the hair of the toy poodle. No other breed has the same hair as the poodle. He has a thick, soft and dense coat, which develops in curls around his whole body. This special coat also requires very specific care so that it does not suffer from tangles or skin problems, but well maintained, it is a wonder for the eyes and for the well-being of the animal itself .

It can be presented in different colors, such as white, black, gray, brown, sand or red, all valid and included in the standard of the breed, although the most common is the toy poodle cinnamon.

A toy poodle puppy has an almost identical resemblance to a small jumping ball of hair, an appearance it will also maintain in adulthood. They are very active and energetic animals, who enjoy the game at all times and contact their owner. They tend to be addictive to humans, so you need to know how to educate them from an early age so that they don’t suffer from separation anxiety.

Another characteristic of the toy poodle’s character is that it protects its territory fairly well, so it tends to bark when it is left alone at home or in the presence of strangers. Because it is a nervous dog, it is recommended that its environment be calm, so that it is not always tense and anxious.

He learns commands very quickly and likes to execute them to please his owner. For this reason, it is in second position in the classification of functional intelligence and obedience by Stanley Coren. The toy poodle breed has been shown to respond to the first order 95% of the time.

He is also cheerful and loyal, and very easy to handle, making him an excellent companion dog for families with young children or for the elderly who could not own larger animals. The character of the toy poodle is generally affable, and for this reason, it has won the affection and popularity of so many people.

He can also be a good watchdog, as he will announce visits, although he is generally in a good mood. Poodles are generally sensitive to intonation and respond well to training. However, you have to teach the little ones in the house to treat these delicate dogs with care.

The health of the poodle breed is good in itself. Just follow daily hygiene guidelines, such as cleaning the eyes and ears, cleaning the teeth, and cutting the nails to show their best appearance.

Main diseases of the toy poodle

Toy poodle dogs are generally strong, healthy dogs with a long lifespan if they are bred with the necessary care. However, they may have certain diseases characteristic of the breed, some in the form of genetic inheritance, so it is always necessary to ensure that the breeder of this breed is committed to the quality of his specimens.

There are certain diseases which frequently appear in the toy poodle, but which are not exclusive to this breed. Among the main eye conditions, cataracts, glaucoma, progressive retinal atrophy, corneal dystrophy, night blindness, etc. may arise. You should also keep in mind that his hair grows a lot around his eyes, so you need to cut them frequently or remove them to avoid infections and other tear problems.

Sebaceous adenitis is a typical condition of poodles, especially the larger varieties, but also occurs in toy poodles. It is an inflammatory lesion of the hair follicles and the sebaceous glands, hereditary, which has no specific cure and the only treatment of which is through frequent baths to remove the skin crust.

They can also suffer from alopecia from specimens that have been raised unnaturally to obtain rare colors, called blue. It has no effective treatment beyond frequent baths.

Joint diseases can also appear, although the frequency is not as common in general terms. The most frequent are lesions of the cruciate ligaments, dysplasia of the elbow, dysplasia of the hip, dislocation of the patella or Legg-Calve-Perthes disease.

If you get a toy poodle puppy from a breeder, it will give you a feeding schedule and it is important to stick to the same routine, feeding the same puppy food to avoid stomach upset.

Older dogs are not known to be picky eaters, but that doesn’t mean they can get a lower quality diet. It is best to feed a mature dog twice a day, once in the morning and again in the evening, making sure that it is good quality food that meets all of its nutritional needs.

Once a puppy is installed in his new home, it is safe to change his diet, but as previously discussed, this must be done gradually and carefully to avoid upset stomach. As a guide, the toy poodle puppy can be fed each day with the following amounts to ensure it gets all the nutrients it needs to grow and develop properly:

Once a puppy is 11 months old, it can be fed with food for adult dogs.

Feeding guide for an adult toy poodle (depending on activity)

As an indication, an adult toy poodle can receive the following amounts daily to stay fit and healthy:

Basic care of the toy poodle

The care of the toy poodle necessarily involves the proper maintenance of its special and unique coat. In addition, there will be other habits to maintain as often as necessary to ensure the best health of your toy poodle dog.

Of course, daily brushing is mandatory for the hairs of this animal to have a healthy appearance. Particular attention should be paid to the length of the hairs and cut them whenever necessary, although the recommended frequency is between six and eight weeks. It is also recommended to bathe it at the same frequency to remove dirt, dead hair and avoid any possible skin problems.

There are several cuts that can be made for these animals, although not all of them are valid for competition dogs. It is best that you find out based on the purpose you have for your pet.

Although they are very active animals, toy poodle dogs do not need daily physical exercise. It is enough to make them walk around three times a day, for fifteen minutes each time to have a happy dog. On the other hand, it is advisable to supplement the walks with play sessions at home, since these are animals that require a lot of attention from their owner.

The toy poodle tends to be sociable, but it is always recommended to make them interact with other dogs from an early age, in order to avoid possible undesirable behaviors when he is an adult. In addition, he learns a lot of tricks very quickly, and he is very obedient, so his education is quite simple compared to other breeds.

Interesting facts about the toy poodle 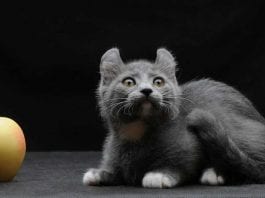 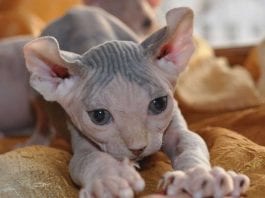 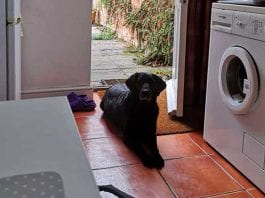