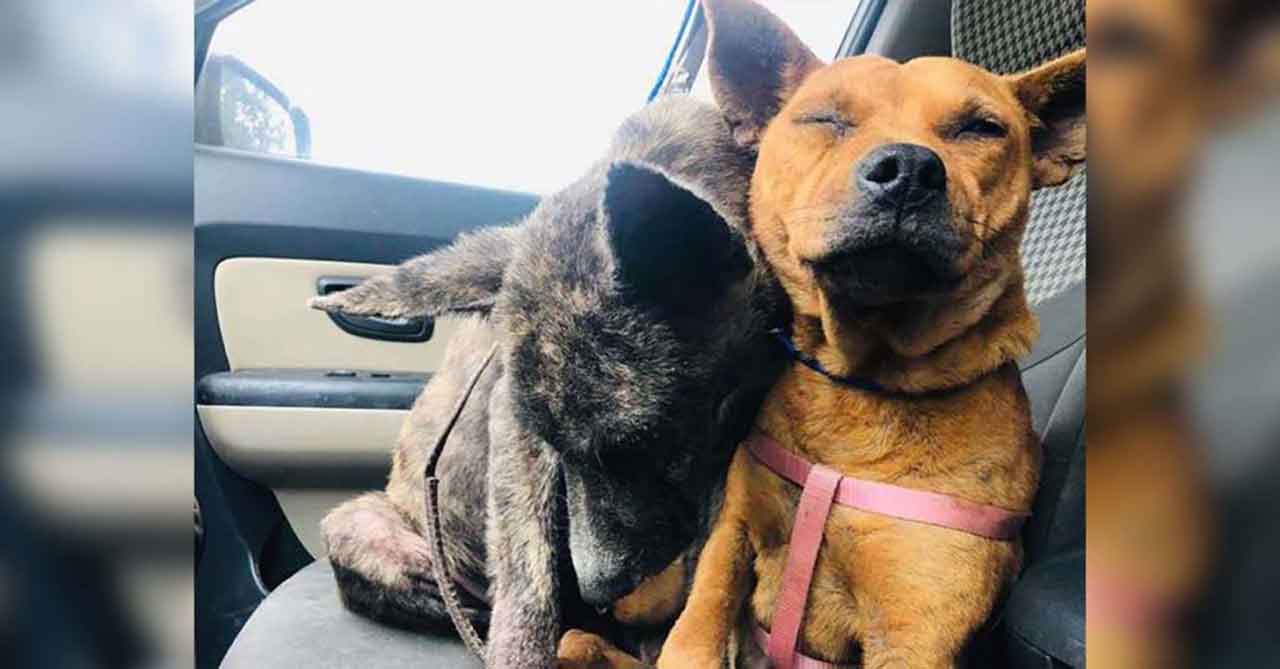 Shirley and Laverne were abandoned by their families, but luckily they always had each other’s company. They are wonderful little dogs who will stay together for the rest of their lives.

Shirley and Laverne were devastated after being abandoned by their families at a school in Corpus Christi, Texas. Those who are supposed to be mothers and daughters have comforted each other since then and are inseparable.

The two were found in early November after a woman went to school to feed the local homeless animals. She decided to approach the helpless dogs and they decided to run away, even so, the woman was persistent and had been trying for a month and a half to gain their trust.

Once her goal was reached, she decided to put on collars and take them in her car.

These dogs comfort each other after being abandoned

Eslie Ysuhuaylas, one of the first responders who helped Shirley and Laverne, told The Dodo:

They tried to escape and were very nervous about what was going on. The brunette … was more scared when she was picked up. The brindle was quieter …

The mother and daughter were transferred to a foster home in Texas. Then Tracey and Micaela Godin, directors of Feeling Fine Rescue in South Florida, decided to host them in their facilities.

It’s hard to imagine how they survived on their own for so long and what they had to go through. Obviously, this had a great impact on their emotional health, their physical health and their general well-being.

The whole situation created a lot of stress and confusion in the dogs, including the long trip from Texas to Florida. The only thing all this time that has given them strength is the fact that they are inseparable and always comfort each other.

It can be very scary and confusing because they obviously don’t know where they’re going. I think they have definitely comforted themselves in these moments, and are very grateful to be together and to have other people to count and trust.

Shirley and Laverne arrived in Florida in January.

When they reached the rescue center, their eyes lit up. They ran across the courtyard, rolled in the grass. Every day they get a little safer. Their heads are raised.

The only thing that hasn’t changed for them is the great bond that unites them.

They are still looking for each other. They sleep together. Laverne constantly cleans Shirley and they kiss each other all the time. It’s the cutest thing.

They have health problems, but there is already a family who wishes to welcome them both.

They go to an incredible house where they will be loved and they will be together for the rest of their lives. I think it is so surprising to see how many people have been able to join in to make this happen. They are wonderful dogs and they deserve it.

If you would like to help the Feeling Fine Rescue organization, you can make a donation by clicking here.