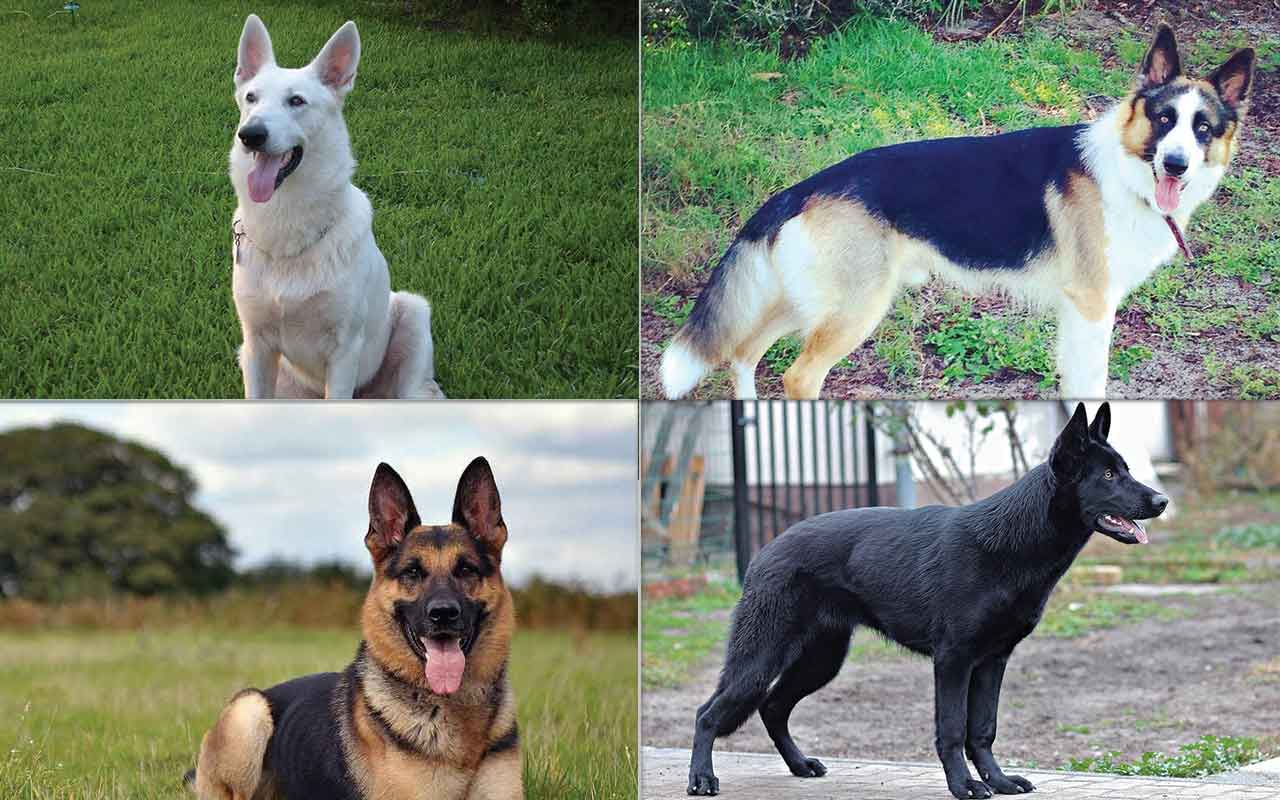 The German Shepherd is a breed of dog well known all over the world, because these dogs are easily identified by their black fur with lighter areas. However, did you know that there are different types of German Shepherd?

These different types have been developed in different parts of the world, so each one has its own characteristics and peculiarities. If you want to know the varieties in which this breed can be presented, do not miss this ‘ Pets Feed ‘ article. Read on to find out what types are the German Shepherd!

Characteristics of the German Shepherd

The German Shepherd is a breed of German Shepherd or Shepherd dog, as the name suggests. Its origin dates back to 1899, when the breed was developed by Maximilian von Stephanitz to serve as a companion in field work, especially in the task of protecting and guiding flocks of sheep.

It is a breed characterized by its flexible, muscular and strong body, so the German Shepherd is considered an excellent guard dog, which is why he is also currently trained as a police dog.

How many types of German Shepherds are there?

In fact, the official organizations that determine the standards of dog breeds differentiate only two types of German Shepherd: the German short-haired shepherd and the German long-haired shepherd. They are therefore the only German shepherds officially accepted. However, within these groups, we find different types of German Shepherd depending on the color of their coat:

It should be noted that the variety of white German Shepherd is not accepted by organizations such as the FCI. Also, although many are those who include in the types of German shepherd the Belgian shepherd or the Czechoslovakian wolfdog, the truth is that they constitute independent breeds. Then we talk about each of the varieties and highlight the most important characteristics.

The black German shepherd is a variety characterized by a muscular and strong body, like the traditional German shepherd, but with a completely black coat, short or long. The color comes from a recessive gene.

Due to its agility and intelligence, this variety is used as an active German shepherd, so it is often part of the brigades to detect explosives. They are also good for sports because they like to run and hunt for objects.

This type of German Shepherd is the best known, its physical characteristics and the distribution of the colors of its coat are those which generally distinguish the breed from the German Shepherd. It therefore has a coat or black or grayish spots and yellow or light brown stripes.

He is a strong dog and an excellent guardian, but he also has a friendly, familiar and affectionate temperament.

The German Shepherd Panda has a curious and striking appearance which makes it difficult to be easily identified as a variety of the breed. Due to a genetic mutation, this type of German Shepherd shows a white coat on the abdomen and legs, while black and brown or yellow areas are distributed over the spine and snout.

Like other varieties of German Shepherd, he has a muscular and agile body, ideal for being raised in family activities who enjoy outdoor entertainment.

The white German Shepherd variety owes its origin to a dominant gene which appears in certain litters, therefore the color of the coat should not be confused with albinism. This type of German Shepherd is not accepted, so it is not very common to find it.

Like all German Shepherd dogs, he is a loyal and protective dog that has often been used as a support in therapy, especially because he likes to play and is generally very affectionate with people.

Sometimes it is often confused with the breed of the Swiss white shepherd due to its similarities, which was only recognized by canine associations in 2002.

By mistake, the breed of German shepherds tends to be confused with other breeds that are completely differentiated and accepted independently. The most similar breeds to the German Shepherd are:

This breed originated in Belgium, where it appeared several years before the consolidation of the breed of German shepherds. He is considered an excellent pasture dog, but also a good companion dog, because he has a playful and loyal personality.

It is characterized by a light yellow or brown dress, short, long or almost curly. There is also a sub-variety of black coat. Similarly, there are different types of Belgian shepherds: Malinois, Laekenois, Tervueren and Groenendael.

This dog comes from extinct Czechoslovakia, where it was used as a working dog, in particular as a border guard and canine police. The breed comes from the cross of a German shepherd with a carp wolf (common gray wolf), which is the main reason why these dogs are so similar and, in turn, confused as a type of German shepherd.

It is characterized by a black dress on the back and dark brown on the legs and abdomen. Like previous dogs, they are agile, strong and muscular.

It is a dog that shares origins with different breeds, such as the Belgian Shepherd and the German Shepherd, which is demonstrated in its physical characteristics, because it has an equally muscular and tall body with raised ears.

This breed is distinguished by its fur, as the most common coat is tabby, with black and brown or yellow spots that are distributed throughout the body.

In addition to the length of its coat and its color, the body of the German shepherd can be more or less stylized, more or less muscular, which brings us to differentiate between working German shepherd and beauty German shepherd. These could also be considered as other types of German Shepherd, as they are all part of the same breed of dog even if they have small differences.

By focusing on working dogs, in general, they have greater musculature, a characteristic that allows them to play as police dogs, guardians, etc., although they are also good companions, especially in dogs. families who enjoy playing sports with their pets.

The German working shepherd can be of any of the aforementioned shades, with long or short hair, although it is generally presented with the most common color pattern, the saber.

Is there a dwarf German shepherd?

The dwarf German Shepherd is not recognized as a small version of the breed, as it is a genetic mutation that involves various health problems, such as thyroid problems, so the crossing of parents with these characteristics is not recommended.