As soon as his little dog was born, the American photographer Mitch Boyer fell in love with it. Vivian is a small Dachshund female dog.

We lived in four states, five cities and ten different apartments and houses. We moved to Brooklyn and we love the place here. Vivian thinks she’s as big as the city we live in, which inspired the children’s book we’re working on, “Vivian the Dog moves to Brooklyn”.

Vivian is very curious for a small dog, she has an incredible thirst for discovery, things that make her bigger than she is, which is why Mitch Boyer decided to stage her in an oversized way.

This is Vivian and Mitch 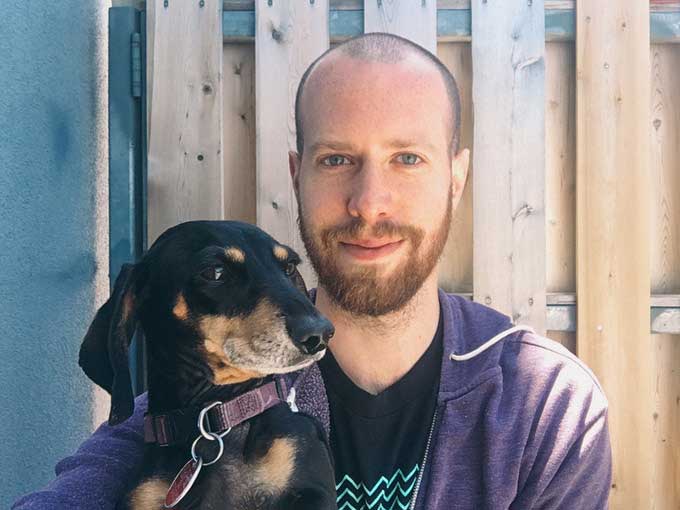 After some editing, here is Vivian 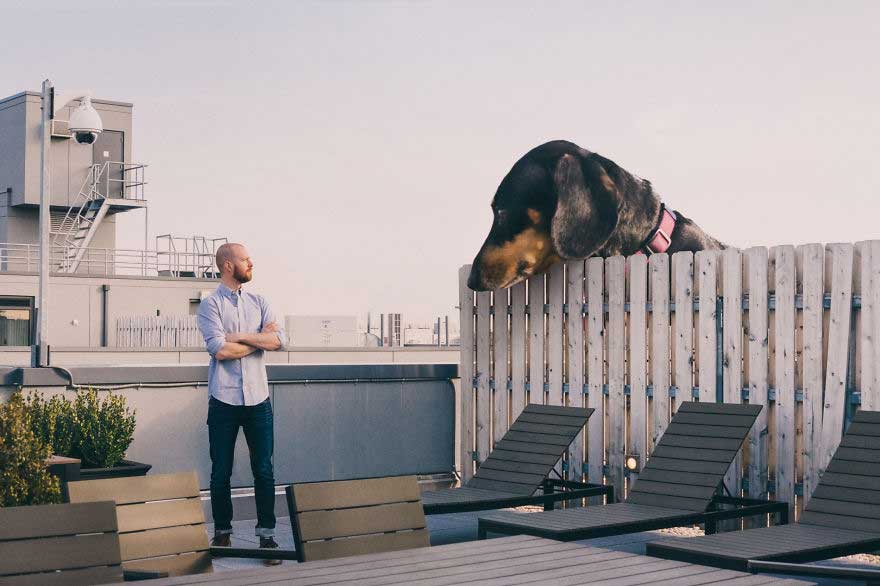 The couch is just enough for her 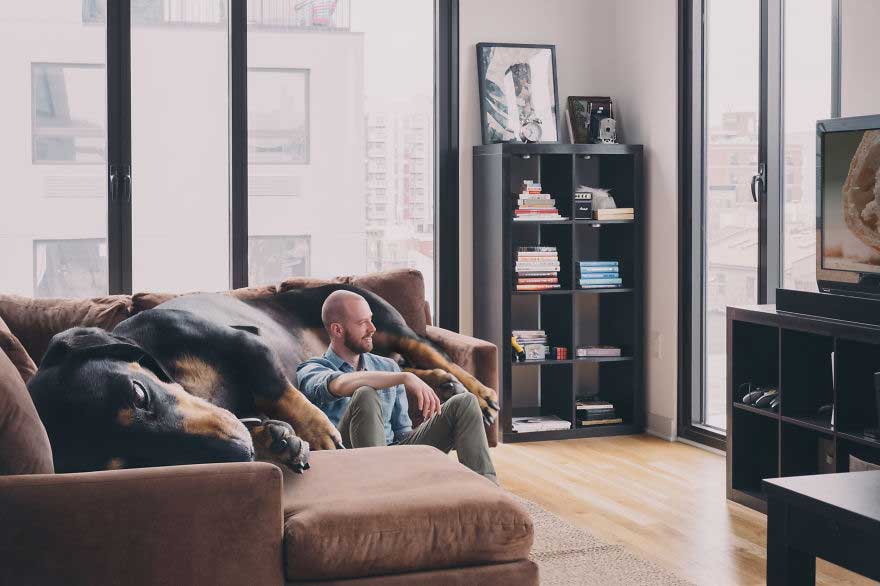 Most little dogs think they are big, but Vivian is literally huge 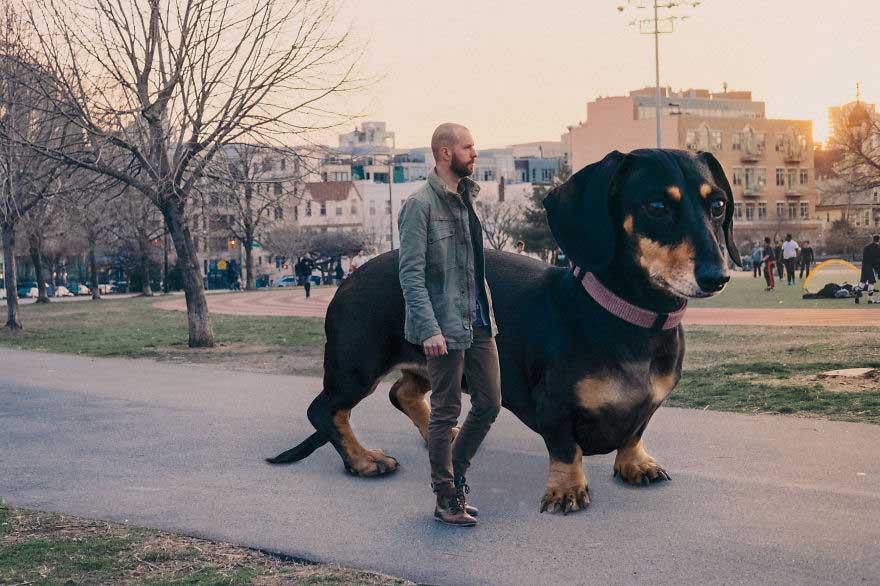 We live in New York 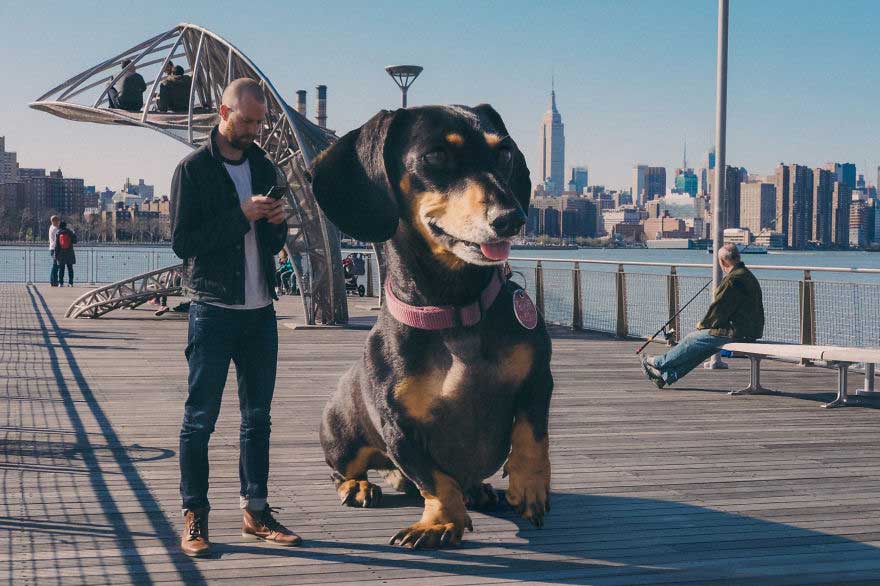 Vivian is always on the hunt for food 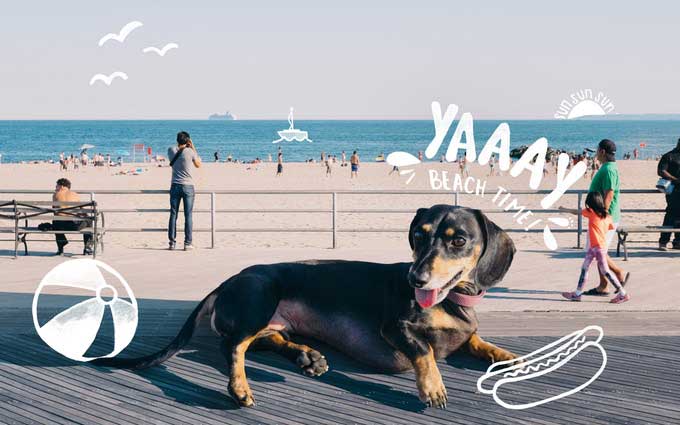 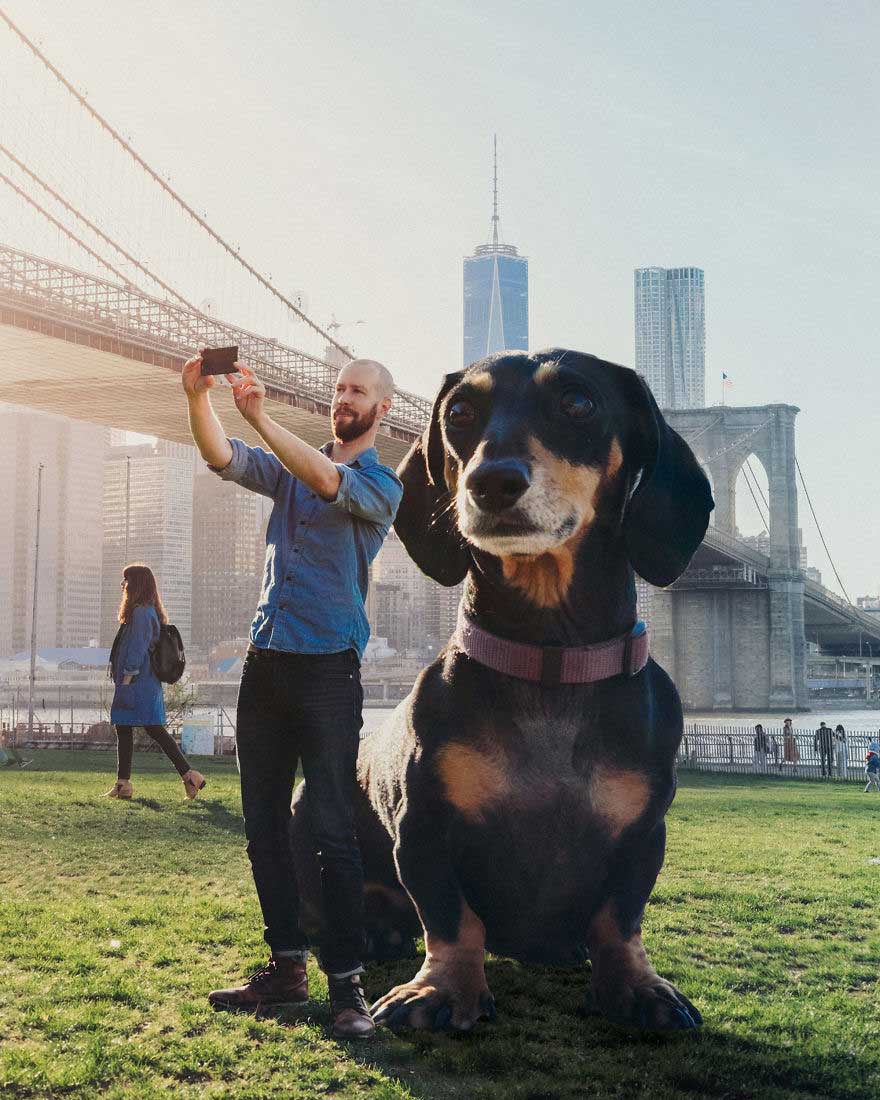 Some scenes of Vivian 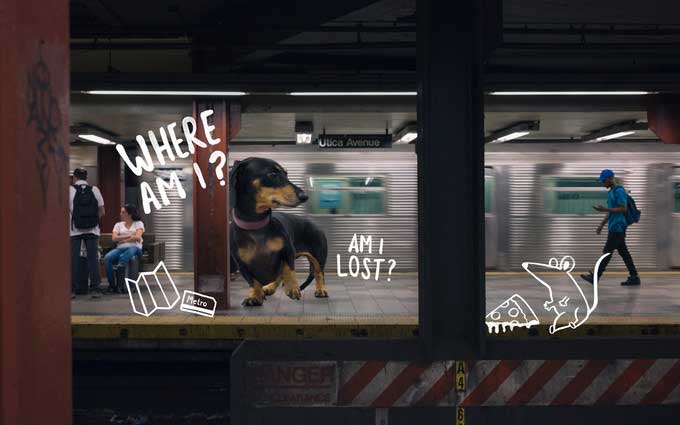 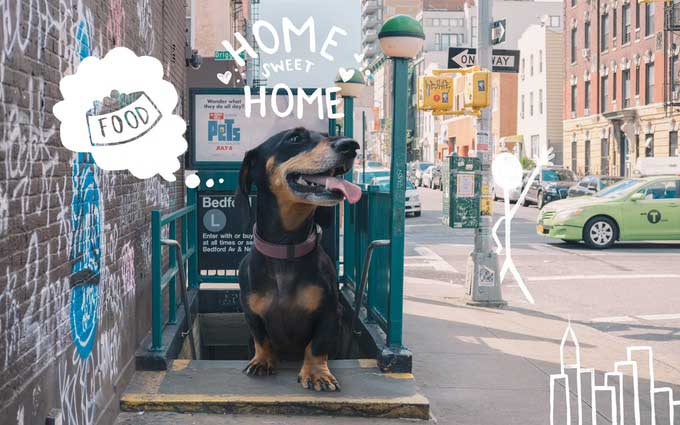