What Cats Never Learned. Or Didn’t Want To Learn 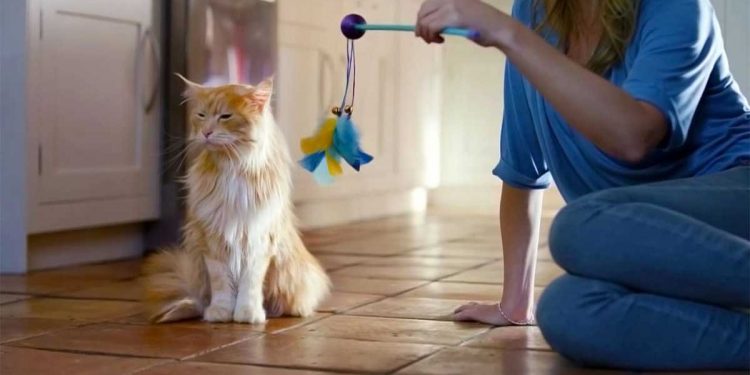 If a stranger does something bad to you, your dog will remember it and treat it accordingly. But your cat reacts to this in a very different way, scientists have noticed. And that’s why.

The dog loves the owner and is devoted to him, and the cat behaves indifferently and aloof – this stereotype is perhaps as old as pets live with a person. And yet, we still hear it – but mostly from dog owners.

Cat lovers, of course, will disagree: it’s hard to believe you’re indifferent to a cat when it’s curled up in your lap and purring affectionately. And in general, studies of feline behavior confirm this: a cat and a person are bonded by emotional ties.

For example, cats feel anxiety when separated from their owner, distinguish the voice of the owner from the voices of others, and in dangerous situations seek support and salvation from their person.

However, Japanese scientists with their latest research somewhat confuse this happy picture. Cat lovers are tense now, but wait – it’s not all that simple.

The Japanese put cats in the same conditions as dogs in previous experiments and found that the cat – unlike the dog – does not run away from a stranger who refuses to help its owner.

The cat watched its owner try to open the box to get something out of it. (Japanese scientists apparently know a secret to preventing a cat from helping its owner open a box. Anyone who has a cat or cat knows that opening boxes is their favorite pastime.)

On each side of the owner sat two people who did not know the cat. The owner turned to one of them for help.

In one case, the first stranger helped open the box. In another, he refused. The second stranger at the same time just sat there, doing nothing.

After this simple performance, the two strangers offered the cat a treat and the scientists observed who the cat would go to first.

Would she prefer to accept food from the hand of someone who helped her subdue and ignore the passive observer? If this happened, it would mean that the cat has warmer feelings for this friendly person.

Will she refuse to accept a treat from someone who hasn’t helped? This would mean that the cat does not trust the person who mistreated its owner.

With dogs in such a situation, everything was very clear: they preferred not to take food from a stranger who refused to help the owner, from “bad”.

But the cats were, as they say, on the drum, from whom to take treats. In this sense, they did not single out the person who helped their master, and did not shun the one who refused to help.

Cats obviously think food is food, and there’s no need to complicate that.

What conclusion can we draw from this?

It’s very tempting to take the simpler route: cats are said to be selfish and don’t care how their owners are treated.

This is quite consistent with our prejudices, but in fact – a typical example of anthropomorphism, the bias with which we interpret the behavior of cats.

We judge their behavior as if they were people, only small and fluffy, and not beings with their own system of behavior and thought.

In order to try to understand the cat and its actions, we have to set aside our human-centered view. And think of him as a cat. (Someone might add, “If you want to understand a cat, think like a cat.”)

Once we take this approach, it becomes clear to us that the cats in the Japanese study weren’t behaving selfishly at all – they were simply unable to make sense of what was happening in front of them between people.

It didn’t occur to them that one of the strangers refused to help their master – in the system of their world it doesn’t exist or is expressed in a completely different way.

Yes, cats are sometimes able to understand some of the social cues of the human world: they can go where directed; they are sensitive to human emotions. But they seem to be less sensitive to the wave of human social relationships than dogs.

The nuances of domestication

The fact is that the domestication of cats happened much later than that of dogs and changed them much less than dogs.

Moreover, the dog is a pack animal, and the ancestors of cats are mostly solitary hunters.

Domestication therefore reinforced the already existing social qualities of dogs, but did not do the same with cats, which initially had almost no such qualities.

So, let’s not jump to conclusions.

A cat cares about how its owner is treated. It’s just that he can’t always understand what happened between the people in front of his eyes. (Cat lovers are well aware that cats, for example, get very nervous when talking out loud in front of them and start meowing anxiously to themselves.)

Despite all the popularity of cats in the modern world (and on the internet), we still know quite a bit about what’s on their minds.

Perhaps future research will show that cats understand us humans even less than we understand them. Or maybe for them it depends a lot on the context.

But whatever the research, we need to break the habit of judging cats by human standards of behavior. And try to look at the world and yourself with cat eyes.