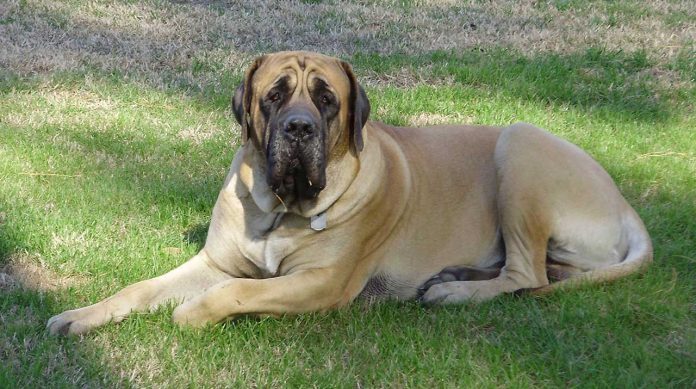 A strong dog doesn’t mean he’s aggressive. They can be just as friendly, affectionate, and fun. These dogs only use their strength as a last resort. Of course, a lot depends on the education of the dog. Therefore, before you start a huge pet, ask yourself if you can handle it.

Today, many breeders choose a pet for themselves, focusing on its strength and endurance. Basically, large dog breeds are considered the strongest, their power is provided by large sizes and muscles. However, sled breeds should not be ignored either: for example, malamutes or huskies, despite their modest dimensions, often fight with an enemy that is much larger than them. A special category is fighting dogs, despite their small size, they have a powerful deadly grip.

An interesting fact is that the official power record of St. Bernard named Reitters Brandy Bear is entered in the Guinness Book of Records; at 4 years old, this dog dragged a load weighing 2905 kilograms almost 5 meters in 90 seconds. Newfundland was somewhat inferior in size to the Rottweilers, but was able to carry 2.5 tons. So, we bring to your attention the rating of the strongest dog breeds.

It is the largest of the greyhound dogs, bred specifically for hunting wolves. This group also includes a deerhound – a reindeer herding dog. The ancestors of the Irish wolfhound were used to hunt moose and wild boars; in the 17th century, wolfhounds were so actively taken out of the country that they were almost gone, but then the breed was restored. Representatives of this breed are large, strong, muscular, move quickly and easily. In the family, these are affectionate and kind giants with a somewhat phlegmatic disposition, independent, but when attacked they quickly become enraged, they have a lightning-fast reaction and a pronounced guardian and hunting instinct. The growth of the Irish wolfhound is up to 86 cm, weight is from 45 to 55 kg.

Representatives of this breed are medium in size, but their grip is truly deadly. They are excellent guards and watchmen, they have an innate distrust of strangers and pronounced fighting instincts. In England, bulldogs served as cattle drivers, their bite was so powerful that it knocked down a bull, and bulldogs had almost no equal in dog fights. At the same time, American Bulldogs can be trained, they will become reliable protectors of your family and will even give their lives. From an early age, they need to be socialized and taught to commands, these pets are characterized by some stubbornness. The height of the dog is from 53 to 68 cm, weight is from 27 to 55 kilograms.

This dog is considered not only a national treasure of Japan, but is also considered one of the strongest breeds, and its loyalty is legendary. The dog has a restrained and calm character, Akita Inu strive to be leaders. They were kept as pets by the emperors and the royal nobility, they are a reliable and loyal friend of the family, the dogs lend themselves well to training, are distinguished by innate quick reactions and hunting instincts. The original breed was bred for hunting deer, wild boars and even black bears weighing more than 400 kilograms, the Akita Inu also participated in dog fights. The height at the withers of the dog is from 58 to 70 cm, weight – 35-48 kg.

Quite a wayward, although very loyal dog. This breed is one of the most ancient, it is believed that it originated from the crossing of a shepherd dog with a wolf, therefore, inherited from its ancestors love of freedom, spite and lack of fear. The Caucasian Shepherd Dog is considered a guard and shepherd breed, it has well-developed hunting instincts. These shepherd dogs are considered wolfhounds, but they were also actively used for hunting a bear or wild boar. Such pets are distrustful of strangers, will protect their master. At dog fights, the Caucasian Shepherd Dog is able to defeat a dog of fighting breeds, it is also a reliable guard and bodyguard. It is difficult to train her, it is desirable to have experience of communicating with dogs, Caucasians perceive commands more slowly, although their intelligence is not less than that of German shepherds. Height at the withers is 65-75 cm, weight – 40-80 kg.

The official name of the breed is the Central Asian Shepherd Dog. This large and seemingly friendly dog ​​is also an excellent hunter, watchman, and service dog. He copes with his duties at any time, the history of the breed is more than 2000 years old. The Central Asian Shepherd Dogs have a freedom-loving and independent disposition, they choose one owner and remain loyal to him to the end, they will defend everything that is dear to the owner, even if they have to fight to the death. They have an innate distrust of strangers, territoriality, a strong grip and impressive dimensions. Alabai’s height is 45-78 cm, weight – 50-80 kilograms.

A beautiful, strong and noble dog, endowed with a calm temperament and powerful, even a little frightening appearance. The ancestors of Great Danes are German mastiffs, the original breed was bred as a service breed, and it was also taken to hunt large animals. A calm, even slightly phlegmatic appearance hides natural intelligence, physical strength and intolerance towards troublemakers. They are loyal to the owner of the mastiff, they love society, they treat children well. These are tall dogs; their paws are about the same size as the outstretched arms of a person. The tallest representative of the breed was 111 cm at the withers. The weight of Great Danes is 45-90 kg, height – 72-80 cm.

It was bred in Italy by crossing Canne Corso, Pit Bull Terrier, Rottweiler and Neapolitan Mastino. It is believed that the breed was created by order of the mafia specifically for dog fighting, they have very strong fighting qualities. Such dogs are distinguished by a daring disposition, ferocity, increased aggressiveness, and easily lose control. For representatives of this breed, early socialization and training is mandatory, otherwise the pet will be uncontrollable. Not suitable for families with children and people looking for a companion first of all. Raising a fighting dog is quite difficult, but they make excellent guards and watchmen. The growth of an adult is 50-58 cm, weight 42-50 kg.

Surprisingly strong and large dogs, excellent defenders and guards. In the Middle Ages, Dogo de Bordeaux was used to hunt large animals – elk, wild boar, bear, wolf. At the same time, for a family, Dogue de Bordeaux are very calm and sociable pets. They are sociable, get along well with children and small pets, even protect them. It is undesirable to keep with larger animals, fights may begin, but the Great Dane does not show aggression just like that. Height at the withers 58-68 cm, weight 45-55 kilograms.

Representatives of this breed are really impressive in their size; they are very strong and capable of dragging impressive loads over long distances. Previously, such dogs were kept at monasteries high in the mountains, they found travelers under the snow and saved them if they got lost on the way. Now these are service dogs, rescuers and guards. At the same time, St. Bernards are friendly and loyal, they have high intelligence, although they are reluctant to train. Dogs are somewhat stubborn; they have pronounced protective instincts. The weight of the St. Bernard is 55-90 kg, the height at the withers is 65-90 cm.

This dog has a rich fighting past, they are strong and agile, fearless, excellent guards, guards, defenders. It is believed that in Ancient Babylon they hunted lions, bears with them, and arranged dog fights for them. Gradually, the warlike past faded into oblivion, mastiffs began to be taken as a friend and family companion. They are monogamous, loyal to the owner and will protect his property at any cost. Mastiffs are imposing, proportionally built, benevolent. Somewhat stubborn, but all this is fixable by timely training and socialization. At the withers, mastiffs grow up to 70-76 cm, weight – 80-86 kg, but there have been cases when the dog weighed more than 150 kilograms.