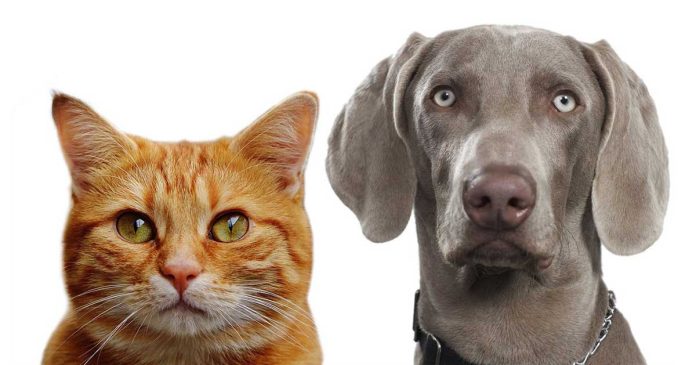 Who is better, who is smarter – dogs, so well trainable, or cats, nimble and cunning handlers? Just as iOS fans will fight to the death in an argument with Android fans, cat and dog lovers will scream with foam in their mouths that their pets are smarter. But there is science, and it is unbiased and emotionless. And she already has an answer.

A group of ten scientists conducted an interesting study, which, in theory, should have ended the eternal argument between dog and cat lovers. Scientists then found that the cerebral cortex of dogs contains 530 million neurons, while in cats that number is half of it – 250 million neurons. The study focused on the theoretical encephalization index EQ, a measure of the size of a mammal’s brain in relation to its body weight. And although the raccoon turned out to be the smartest at the time, dog lovers rejoiced: There was a scientific rationale that cats are dumber than their pets.

The greater the number of these same neurons in the thought region of the brain, the more easily and quickly the mammal learns, draws conclusions from its own mistakes, and remembers events. Therefore, the average dog with more neurons is better at solving complex problems than the average cat.

Ursula Dicke of the Institute for Brain Research (Germany) found that although cats have lower EQs (cats are conventionally even dumber than camels and elephants), their density of neurons per square millimeter of cerebral cortex is significantly higher than that of the same dog. And this indicator is already bigger and more precise than the relative EQ.

Therefore, cats are no less willing to learn. Another thing is that due to the specificity of the feline character and temperament, it is much more difficult to force them to learn something against their will, so the overwhelming majority of the tests failed. However, the tests that could still be carried out confirmed Ursula Dicke’s conclusions. In particular, scientists at Canada’s Laval University have found that cats have three times better short-term memory, remember all kinds of sequences better, and are better able to analyze situations than dogs. . This last point is particularly important because, among other things, cats are better hunters than dogs.

An unexpected conclusion was drawn by Swiss scientists at the University of Lausanne, led by Dr Daniele Silvestro. It turns out that in terms of evolution and adaptability, cats have shown their best side. Around 20 million years ago, colonization by representatives of the feline family in North America had a negative impact … on the diversity of dog species! Cats turned out to be much more skilled hunters, which led to the extinction of 40 species of dogs. Cats are more precise and quieter, they have sharp retracting claws that dogs and their loved ones did not have when they were born. In other words, they ate the ancestors of modern dogs and so actively that they then began to die.