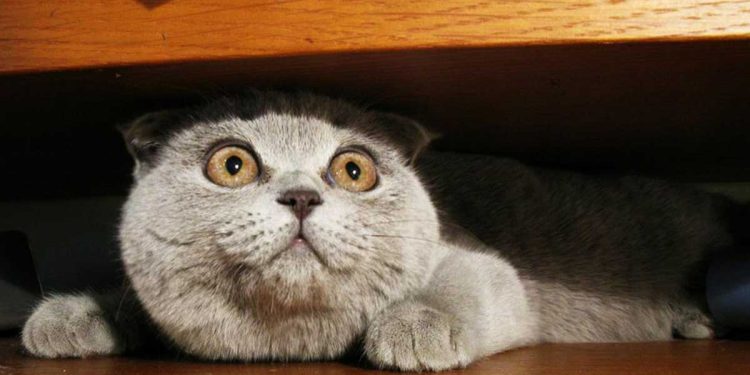 Almost all cat owners will agree that these animals are able to surprise not only with grace, ingenuity and mystery, but also with ridiculous actions. At least people evaluate some of their actions that way. In fact, the desire to run at night or steal things is due to the hunting instincts that pets inherited from wild ancestors.

My cat tears toilet paper and hides it, while my other cat drags socks. With what it can be connected?

Cats like toilet paper because of its softness: some animals even take and suck it. It is interesting and pleasant for them to tear paper, because it is an imitation of hunting for some animal, it is akin to prey. This is how the instinct of the hunter manifests itself. Animals most often like socks because they are made from natural materials, plus they are small – this also imitates prey.

Cats don’t hide things. You just need to carry the prey somewhere. It rarely happens that in the wild a cat catches a mouse and eats it in the same place. It’s the same here: you need to get away from the place where the prey was caught, to where you can do something with it.

If a cat licks towels and rugs or falls asleep in the hair and pretends to suck milk, what is the reason?

These are different things. When cats pretend to suck milk, it means that they soothe themselves. Most often, we see this behavior in kittens who first eat and then fall asleep next to their mother. For a cat, hair acts as a point of relaxation. Quite often, cats also like to dig into their hair if you wash it with a certain shampoo, such as coconut, which attracts cats.

As for the towels and blankets, the cat just found something soft. Most often they like blankets with a small pile. The softer they are, the more they remind of childhood: you can crumple on something soft and calm your nervous system. I recommend to see what action follows the ritual with a towel: most often the cat just goes to bed.

Why does a cat put its paws in the face and release its claws?

The cat can climb in the face, because he wants to get through to the owner. For example, wake a person in the morning to be fed. It happens that the owner once accustomed the animal to such communication with himself, and the cat thinks that this will get a response. And it happens that the owner is sitting on his phone or tablet, and in order to switch attention to himself, the animal can also climb up to his face and stretch out his claws.

Why, after going to the toilet, the cat runs around the apartment?

It happens that cats run around the apartment before going to the toilet, and it happens that after. There is only one reason for this. If we observe how wild cats live in nature, we will notice that they go to the toilet at a remote distance from their habitat. Any feces is a distributor of smell and information for other animals. In order not to attract predators and get rid of them as quickly as possible, you need to run away from this place.

Some cats start to run very fast before going to the toilet. But within the boundaries of the apartment, of course, you can’t run far, but in the wild they run away, do their business and return. And here it’s the other way around: the cat went to the toilet, the smell started, and he instinctively runs away from the place that will attract predators.

Running around at night?

Most often this happens due to insufficient physical and mental stress. These animals are crepuscular. In nature, cats wake up at 03:00–04:00 and go hunting. This also works for domestic cats. At this time, they need to do something, and they find entertainment for themselves: they run, including people, play with their tails, throw something off the shelves.

How is the problem solved? The cat should have something to do while you sleep. For example, intellectual toys, feeding toys – she must solve some logical problems at this time. Good exercise before bed.

And be sure to maintain the regime. If a cat runs and screams at night, and a person reacts to this, starts talking to him or pouring food, then the animal understands what needs to be done in order to accustom the owner to himself. Therefore, you should feed the cat only at certain times, avoiding its manipulation.

Why do some cats gladly go to the hands of their owners, while others do not, although they themselves are very kind and affectionate?

Humans and cats are different creatures. We are more tactile. It would seem that cats also want to make contact, but they have a different one. They like to have their personal space respected. And if a person approaches a cat at a time when she does not want to communicate, then she will not be happy. We must take into account the desire of the cat, but most often people do not think about it.

If you really want your cat to sit on your hands, then you need to teach it to do so. For example, take a kitten in your arms and at this moment play with it. So, he will understand that it is convenient and interesting. Then give treats. The same is true for adult animals.

Why do some cats refuse beautiful houses with scratching posts and prefer to sit in ordinary cardboard boxes?

“Scientists have done a study on sitting in boxes. To do this, cats were divided into two groups, which had just got to the shelter. The group in which the boxes were present quickly socialized, in the other it took a little longer. Scientists concluded that being in boxes made cats feel more confident and calmed down faster.

Not every box will be loved by a cat. They like ones that are a bit cramped, which can remind cats of a mother’s womb. Also, due to tightness, the temperature in the box increases by 1-2 degrees. Plus, it rustles, makes sounds – it is interesting for animals.

Beautiful houses often attract people, but do not take into account the needs of cats. Therefore, we see a huge number of entrances and exits in the house that the cat does not need, or a house with a roof, although the animals do not like such an enclosed space due to a small view. Some people don’t like upholstery or covering.

How do cats perceive their owners?

Nobody will give you the exact answer. They don’t see us as kindred, but rather as a species to live with. Cats are better at coexisting with us than we are with them.