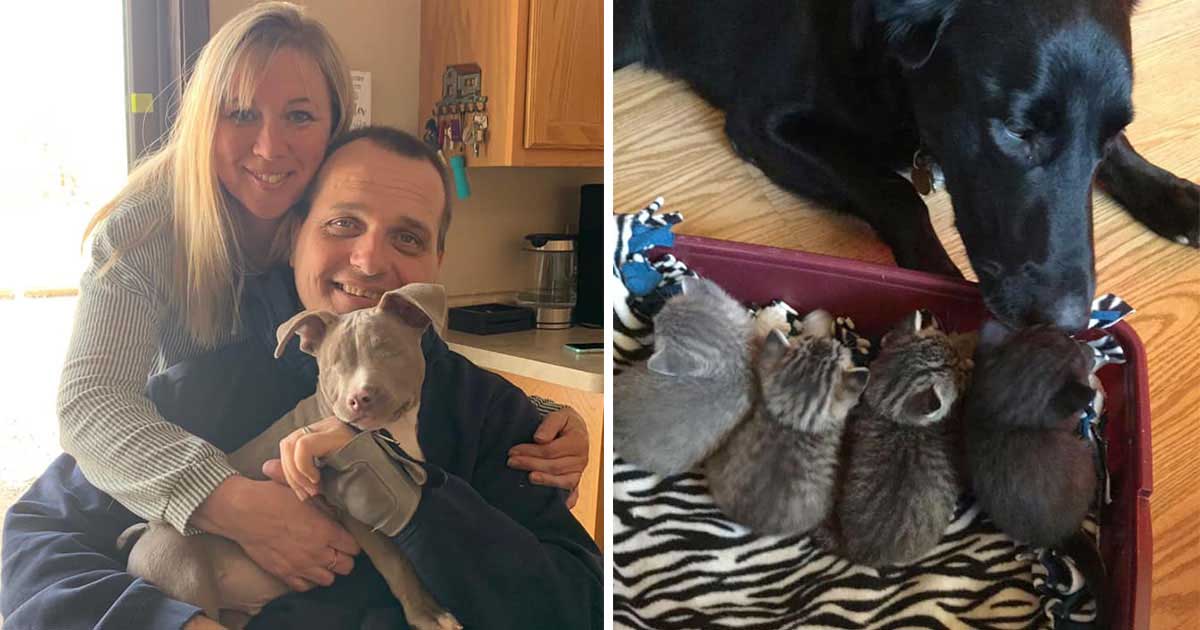 A woman who lives in the United States adopts pets in need and destined to be euthanized, and gives them another chance

The story of a woman who adopts needy pets and about to be euthanized, in order to give them a second chance in their lives, has touched the hearts of all animal lovers who praise her for her great work.

Tired of knowing that many animals must be euthanized or abandoned, Nicole Wulfekuhle, a 50-year-old woman, decided to change the fate of many of them. She wants to help the animals that she can and, at the moment, has 26 pets living in her house located in Minnesota, United States.

What started as a proposal to save a few animals in need has now grown into a beautiful and welcoming animal sanctuary.

Woman adopts pets to give them another chance

Fortunately, she has the support of her husband, Dean, who, although he is a quadriplegic due to a car accident, her condition does not prevent him from helping her.

Nicole said, according to METRO:

But this whole story begins in 2016, when Nicole adopted her first two cats from a cattery and observed a blind kitten. Apparently, the blind feline needed help to adapt his upbringing to his needs, so the woman decided to take him to her house.

After learning that many animals with special needs needed help, she began adopting vulnerable pets and registered her home as an animal sanctuary.

The name of the sanctuary is Lennon’s Legacy, she named it after an Indian dog who was blind and deaf, who sadly passed away.

The death of the rescued puppy caused a seizure shortly after arriving in the United States, but she left a mark on her family. Since then, countless animals in need have passed through the sanctuary, and all have received the love they so highly deserve.

Nicole is currently caring for a cat named Belle who needs a wheelchair and other animals with special needs, who were saved from being euthanized.

Among them are another 20 cats, two dogs and two goats, who, like Belle, need permanent attention and care.

“Many of our animals were left without options or were at risk of being euthanized. Our mission is to care for them and provide them with a loving home, raise awareness about the beauty of furry babies with special needs, and spread much happiness. “

Most of the animals that have been taken in by Nicole bring with them a sad or overcoming story, and a puppy named Jude is no exception. He is one of the newest members of the family who, despite having health problems, enjoys living in the sanctuary.

The little dog is blind and bow-legged due to a disease called Blount, but he is an example of self-improvement for everyone. Jude had been found malnourished, dehydrated, with his eyes bruised after perishing from trauma and with many other problems affecting his health.

After spending several weeks in a hospital and undergoing surgery to remove his eyes, the puppy recovered and Nicole adopted him. Since his arrival at the house, the whole family has been impressed with his independence, energy and attitude towards life.

It seems that the puppy is not affected by not being able to see and, on the contrary, he performs all the activities of a normal dog without complications.

He orients himself very well around the house and garden, he uses his ears and nose as eyes. He is one of the most loving dogs I have ever met.

Jude had a difficult start to life, but thanks to his new family, she has since thrived satisfactorily and has been happy again.

Sharing with other animals is not a problem for the puppy, since he gets along well with everyone and just wants to make friends.

In addition, his experience with other animals has helped him to train his other senses, to be able to move around the house. Jude is really good at getting around the house, he knows when he’s going to bump into something, and he even knows how to touch, sit, kiss and walk away.

The puppy arrived at the right time to ease the pain of his new family, since months ago they had lost their pet named Dexter; another blind dog that had many health problems and, unfortunately, died due to one of those diseases.

His family got over Dexter’s death, but Oscar, a ginger cat in the house, had been devastated with the loss of his best friend. Fortunately, the arrival of Jude helped Oscar to overcome the lack of his friend and turn his sadness into joy.

Oscar took Jude down the protection of him, and helps him to perform different activities, they have become inseparable and are the best of friends.

Like this one, there are many stories in the sanctuary, but what really matters is the great work that this kind-hearted woman is doing. Nicole and her husband will continue to work to offer their furry friends a happily ever after home.