Khemjira was running in a marathon when he found a puppy. She knew that saving him was more important than breaking record time.

Khemjira Klongsanun from Bangkok, Thailand, likes to participate in marathons, but she also knows that some things are more important than setting a record time.

Khemjira was participating in a local marathon when something caught his eye. About 11 km from the 42 km run, she saw a little puppy completely alone.

Instead of continuing her way and letting the puppy face the world alone, the woman decided to briefly suspend the race. She stopped and took the helpless pup in her arms.

But she has done much more. For the next 31 km, Khemjira led the puppy running.

The little one was now safe and in good hands.

While it was possible that Khemjira could have delivered the puppy to a spectator or a race supervisor, she did not.

Here’s a video of her and the lucky rescued puppy:

The little puppy stayed in Khemjira’s arms until the end. They even crossed the finish line together. 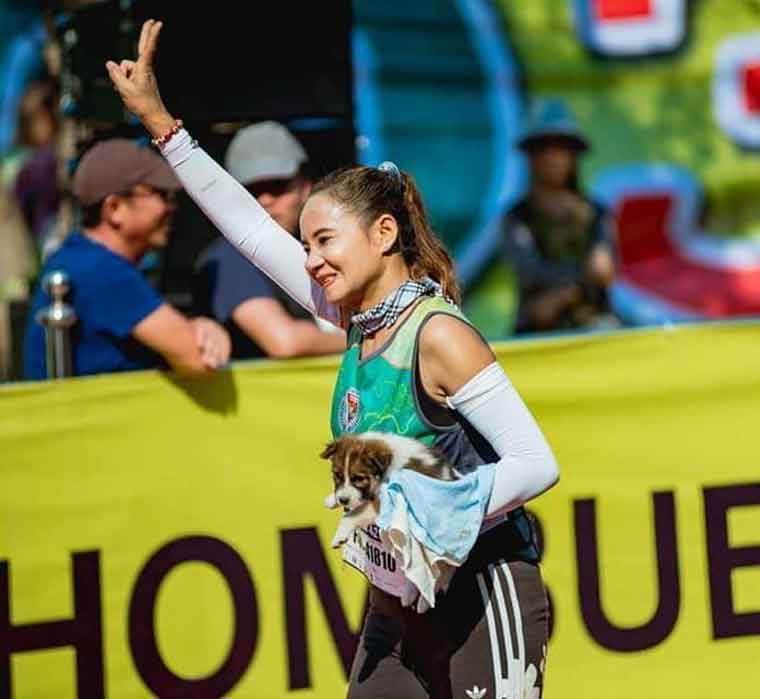 After the race, Khemjira brought back the puppy he called Nong Chom home to integrate with his family.

She also took him to the vet for an examination, he was so infested with fleas and ticks that they had to remove a large part of his fur.

Later, he introduced him to the other dogs in his family and Nong Chom adapts perfectly.

The puppy who was once stray and who was alone is now surrounded by love.

Just in case Nong Chom’s brothers and mother were present and needed help, Khemjira and Nong Chom returned to where they had found him to search for them. But, apparently, Nong Chom had really been there alone.

Although it is not known how much time Khemjira lost in the race that day, these details do not matter to him compared to the love-filled life that remains to come.

Have you ever saved a street animal? We are curious to know your heroic deeds. And don’t forget to share this article with your friends – the world should see it!