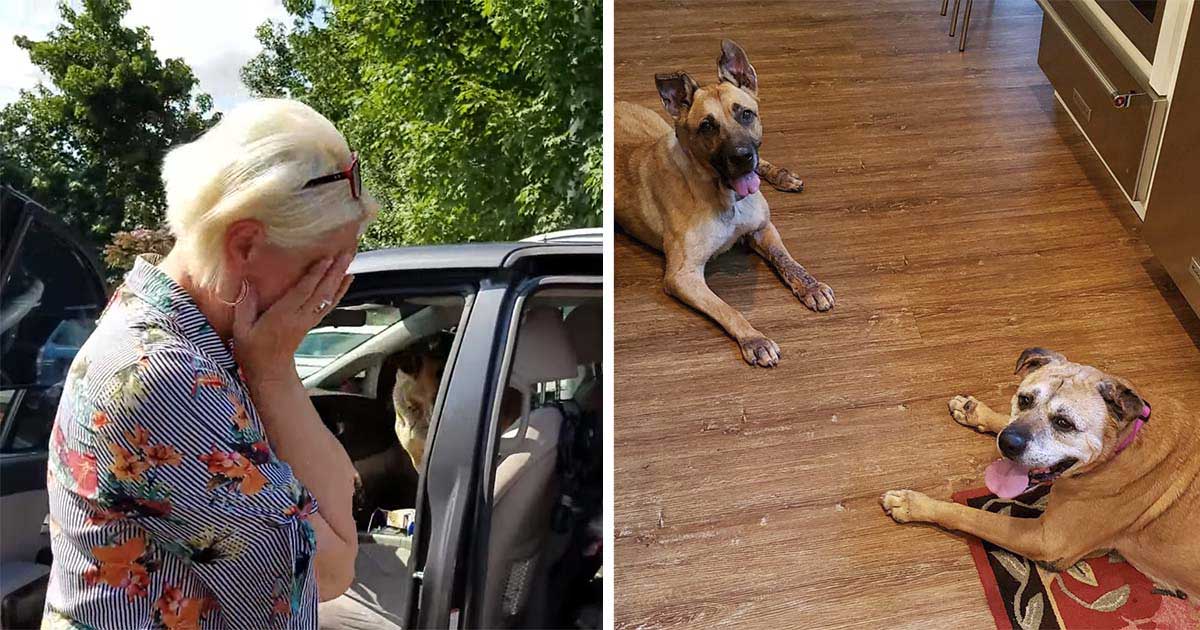 When a family decides to bring a new dog into the house, a puppy is the first option for many. However, rescue organizations often come across a different kind of dog that also deserves a home, which could be a much better choice for your family.

The surprising secret is that senior dogs offer many benefits to their potential new families – in fact, these sweet examples of senior adoptions will make your heart melt.

This woman named Leslie came to a shelter and took the two oldest dogs home to give them a chance to be happy.

An animal shelter in North Carolina shared a moving story on social media, which began with a woman walking through the front doors of the facility and asking a simple life-changing question for two dogs.

A woman named Leslie asked the Asheville Humane Society staff about two dogs that had been there the longest and had the most special needs, according to KDVR.

I’m here to take you both home with me.

Woman brings home the two oldest dogs in the shelter

The shelter said Leslie was introduced to the dogs Sam and Brutus. Sam spent six months in the shelter, the poor man was adopted and returned again, he also had serious medical problems. For his part, Brutus, was there for five months, his family had handed him over to be euthanized at 13 years of age, and he had severe separation anxiety.

According to the shelter staff on Facebook, as Leslie led the two dogs to the car, she spoke quietly to these two sweet souls who had been through so much hardship. She told Sam and Brutus that they now had a forever family who will love them for the rest of their days.

And Leslie especially assured Brutus, who panics when left alone, that he would never spend another time alone ever again.

Now these dogs will live in a great place to spend their golden years, in Leslie’s three-story home, which also has two acres of fenced yard, the shelter said.

Sam and Brutus say thank you for this second chance.

Thank you, Leslie, for giving these two dogs a chance to be happy again.