Woman Left Everything, Including Her Job, To Search For Her Lost Dog For 57 Days 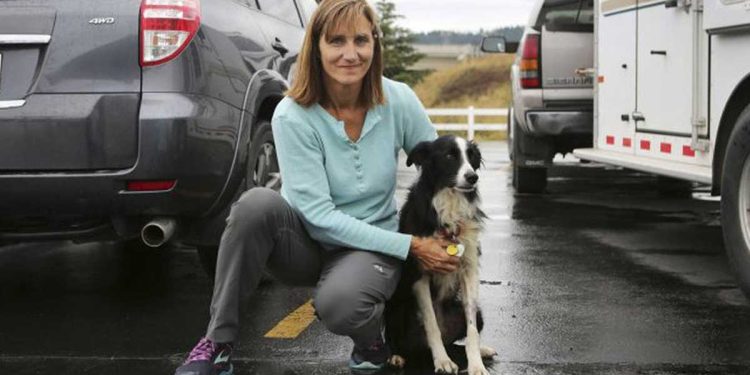 Katie, a Border Collie, has disappeared from the hotel where her mistress left her. When Carole King realized her pet was missing, she knew she had to act immediately.

Hell for Carole and Verne King, a couple from Washington, USA, began the night their 7-year-old border collie Katie went missing in the rural Montana community after a stormy night. Hell lasted 57 days, the days that must have passed until they managed to locate her. In the meantime, many hours of research, a job that Carole had to give up and the anguish of a couple for whom their dog is a very important part of the family.

A woman quit her job to look for her dog

57 days before the final outcome, Carole and Verne King returned to their room at a dog-friendly hotel in Kalispell, Montana. It was dark and a pretty intense thunderstorm had hit the area, but it wasn’t the worst. The worst part was finding out that Katie wasn’t waiting in the room.

Immediately afterwards, the Kings launched a search worthy of detectives. They started by putting up flyers with his face all over the county while spreading the news of his disappearance on social media, without giving up hope.

As the days and weeks passed, they kept trying to set animal traps with their favorite snack, looking for clues, tracks, biking neighborhood by neighborhood asking neighbors, leaving tee- shirts impregnated with their perfume in strategic places or to wear night vision goggles. .

With so many hours spent, Carole was finally told at work that she would not be allowed to take time off to research, so she quit. For her, the priority was her dog.

The search continued and many people joined the raids, with many more reporting seeing the dog until finally a group of neighbors from a small town in another state reported seeing the dog. saw a female dog with Katie’s characteristics.

The Kings had distributed flyers in this town the day before, and the search was finally over. On the morning of September 15, the long-awaited meeting took place.

Katie had lost weight and was severely dehydrated, the family told The New York Times, but nothing an emergency vet couldn’t fix.