It is not uncommon for pet owners – cats and dogs – to talk to their four-legged friends in very human language. As it may be singular from the outside, since the domestic specimen certainly can not comprehensively answer the owner’s conversations. Talking with the dog or with the cat could be a symptom of great intelligence. This is wat was revealed by a research from the University of Chicago, aimed at determining how the trend towards anthropomorphism is at the root of a lively, creative and particularly creative mind.

Animals and humans benefit from very different languages ​​and, although they can not understand each other on the vocal front only, they can do so by analyzing looks, gestures and movements, as well as from an emotional point of view.

However, some owners are willing to engage in long and complex conversations with their four-legged friends, which is explained by the man’s tendency to make the environment and the living things around him anthropomorphic. 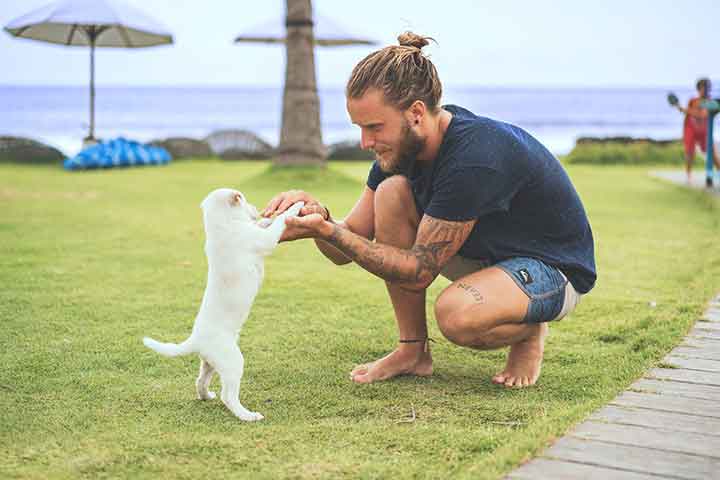 This condition stems from the peculiarity, unique to humans, of seeing faces and deciphering expressions even though they are not really present: think, for example, of the ability to recognize a human face in a human being. cloud passing.

Therefore, the fact that we are talking with dogs and cats represents the elasticity of the mind when decoding typically human expressions and sensations in non-human living beings, which underlines an excellent cognitive decoding, a creativity and great imaginative gifts. As a result, owners who are used to communicating with their quadrupeds also have a keen intelligence.

Nicholas Epley, an expert in behavioral science at the University of Chicago, explained that:
“Anthropomorphism is a natural by-product of this trend that makes human beings unique living beings in the forefront of intelligence on this planet.” 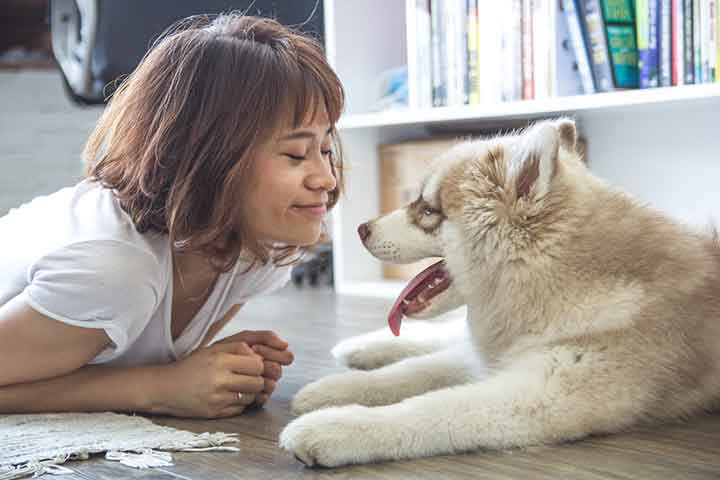 However, this is not all, because anthropomorphism would also be useful for socialization: man has a tendency to detect human characteristics, especially with regard to objects, or animals, with which he wishes to interact more .